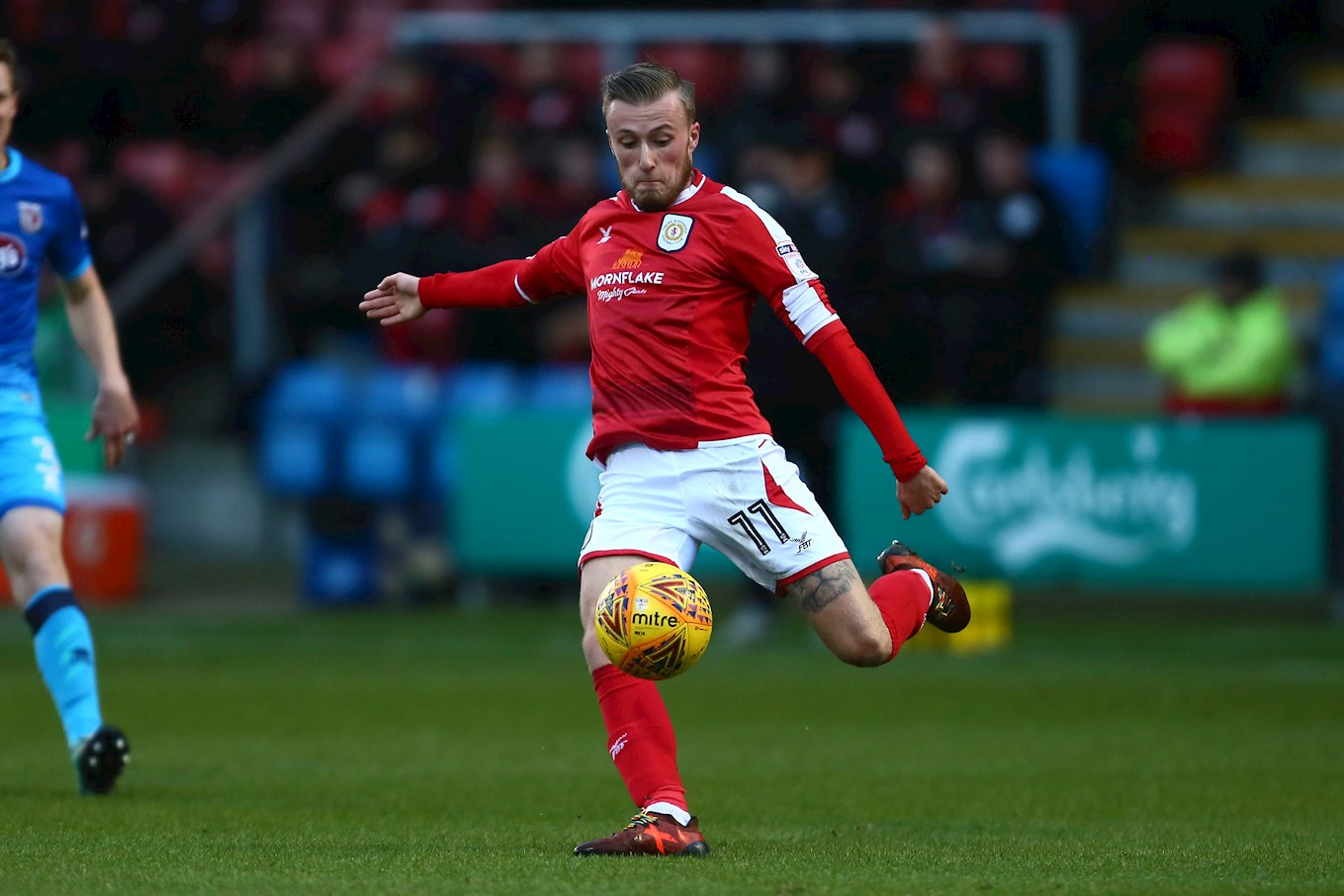 George Cooper Aims for Promotion After Signing for Argyle

ARGYLE’S latest – and last – signing of a busy summer, George Cooper, is single-minded about his decision to join Ryan Lowe’s 2019-20 Pilgrimage.

“I’ve only come here for one thing and that’s promotion,” said the 22-year-old midfielder, who has signed on a season-long loan from Peterborough United.

“I’ve known the gaffer for quite a while now so, as soon as I knew that I could leave Peterborough, I was on to him straight away and we tried to get it sorted.

“I’ve had other clubs enquire about me but I was just waiting for the gaffer to give me the green light and that was it.”

The two were Crewe Alexandra team-mates at either end of their careers a few seasons ago – “I gave him an extra year,” jokes George – and have remained in touch since moving on, Ryan to manage Bury and George to play for Peterborough.

George said: “I’ve always kept in touch. He was going to try to sign me for Bury when I came to Peterborough, I think. Things haven’t worked out here; hopefully, it’ll work out in Plymouth.”

George has not tasted victory in three matches against Argyle, with a 2-1 defeat at Gresty Road in 2016 being particularly painful.

“I took a penalty off the manager’s son at Crewe, and missed it,” he said. “And he was captain. I passed it straight to the ’keeper’s feet. I haven’t taken one since.”

He has experienced the Green Army at Home Park twice, once each with Crewe and Peterborough, and has suffered defeat on both occasions.

He said: “It’s a hard place to come to and, once the fans have got behind them, it’s a wall. You are under pressure all game.”

George goes straight into the squad for Saturday’s Sky Bet League Two match at Northampton Town, adding to an impressively talented roster of midfielders that includes Jose Baxter, Joe Edwards, Conor Grant, Danny Mayor and Antoni Sarcevic. Given that array of talent, his first task will be to nail a starting place.

“It’s a challenge that I’m looking forward to,” he said. “It’s down to me to try to get in the team and, if I do get into the team, I’ve got to keep my spot.

“The reason I came here was to play football and get promoted.”