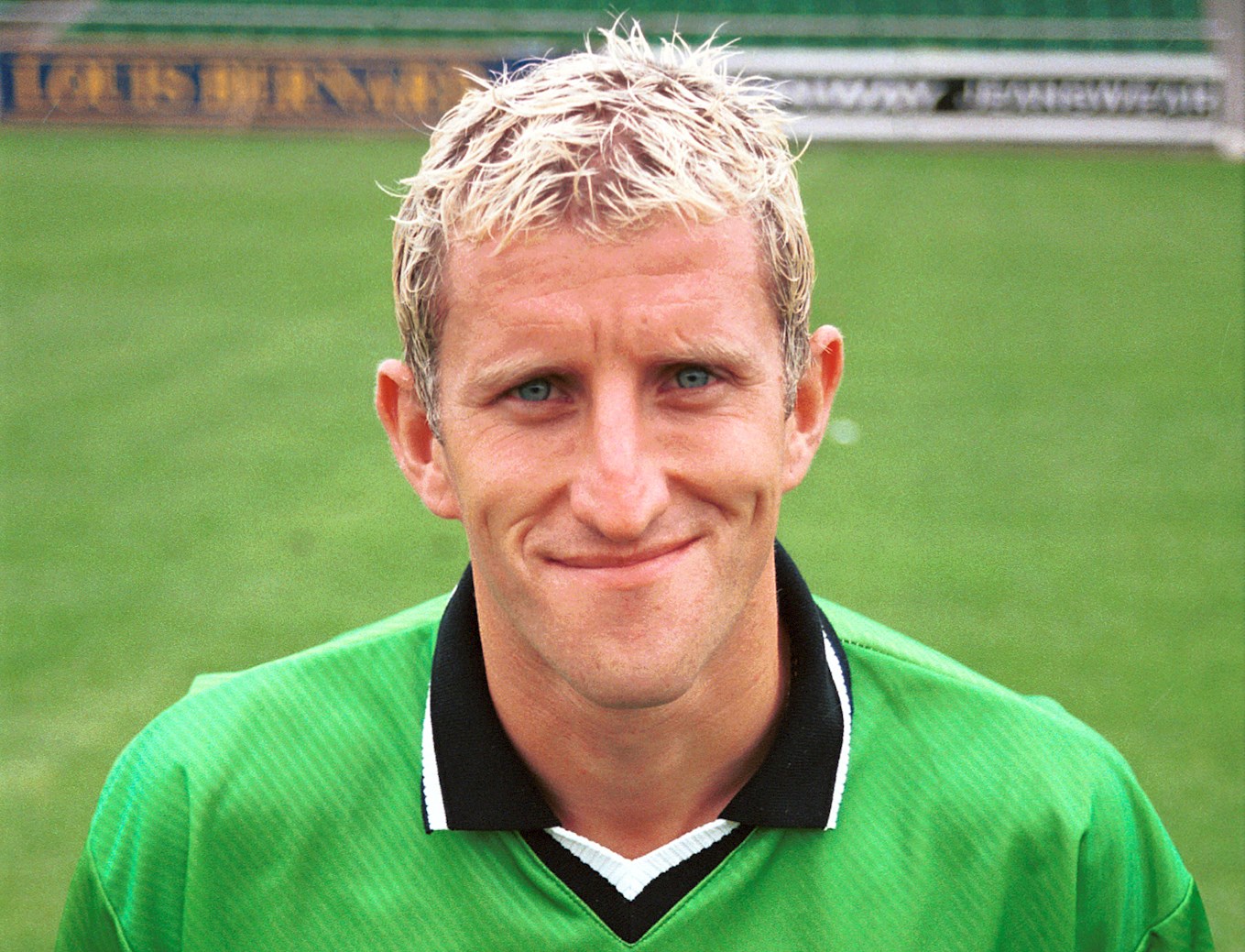 OUR match-day guest for the weekend visit of Walsall in Sky Bet League Two will be Mr Paul Gibbs.

Left-back Gibbs tried starting his career at Norwich City as a youngster but failed to make the grade. He later secured an apprenticeship at Scunthorpe but was not offered a professional contract.

Not downhearted, Paul began a foray into local football, playing for his native Gorleston before joining Diss Town in Norfolk.

At Diss Town, Gibbs had the opportunity to play at Wembley in the final of the 1994 FA Vase – he scored the winner as his side defeated Taunton Town 2-1.

In 1995, Gibbs joined Colchester United. He went on to play 52 times for the U’s, including another appearance at the ‘Home of Football’. Unfortunately, this time Gibbs was on the losing side, as Colchester lost the Auto-Windscreens Trophy final to Carlisle United.

He was handed a free transfer to Kevin Hodges’ Torquay United side in 1997 and scored seven goals, from left wing-back, during a league season that saw the Gulls reach the Division Three play-offs. Playing at Wembley for the third time, Gibbs was sadly on the losing side again, as Torquay lost to his former side Colchester.

Gibbs followed his Torquay manager to the Theatre of Greens in 1998. He enjoyed a successful first season for Argyle, as he made the Division Three team of the season (98-99). However, his campaign was tainted by a horrific injury he suffered in the last game of the season as the Greens faced Carlisle United.

In the now famous fixture, Carlisle needed a win to keep their status in the Football League and, with ten seconds remaining, Carlisle’s goalkeeper Jimmy Glass, on loan from Swindon Town, came up for a corner and bundled home a rebound to save Carlisle from relegation.

After the leg break, Gibbs couldn’t regain his place in the Argyle side and after playing for the reserves in the year 2000, he joined Brentford.

Due to financial trouble, Gibbs was transfer listed at Brentford and subsequently joined Barnsley. Again, injury trouble stunted a real spell in the side. He left The Tykes in 2003 and went on to play for Gravesend & Northfleet, Canvey Island and Weymouth before returning to his hometown club Gorleston in 2005.

Upon retiring, Gibbs set up a recruitment agency based in Great Yarmouth. It is great to have you back at Home Park, Gibbo.