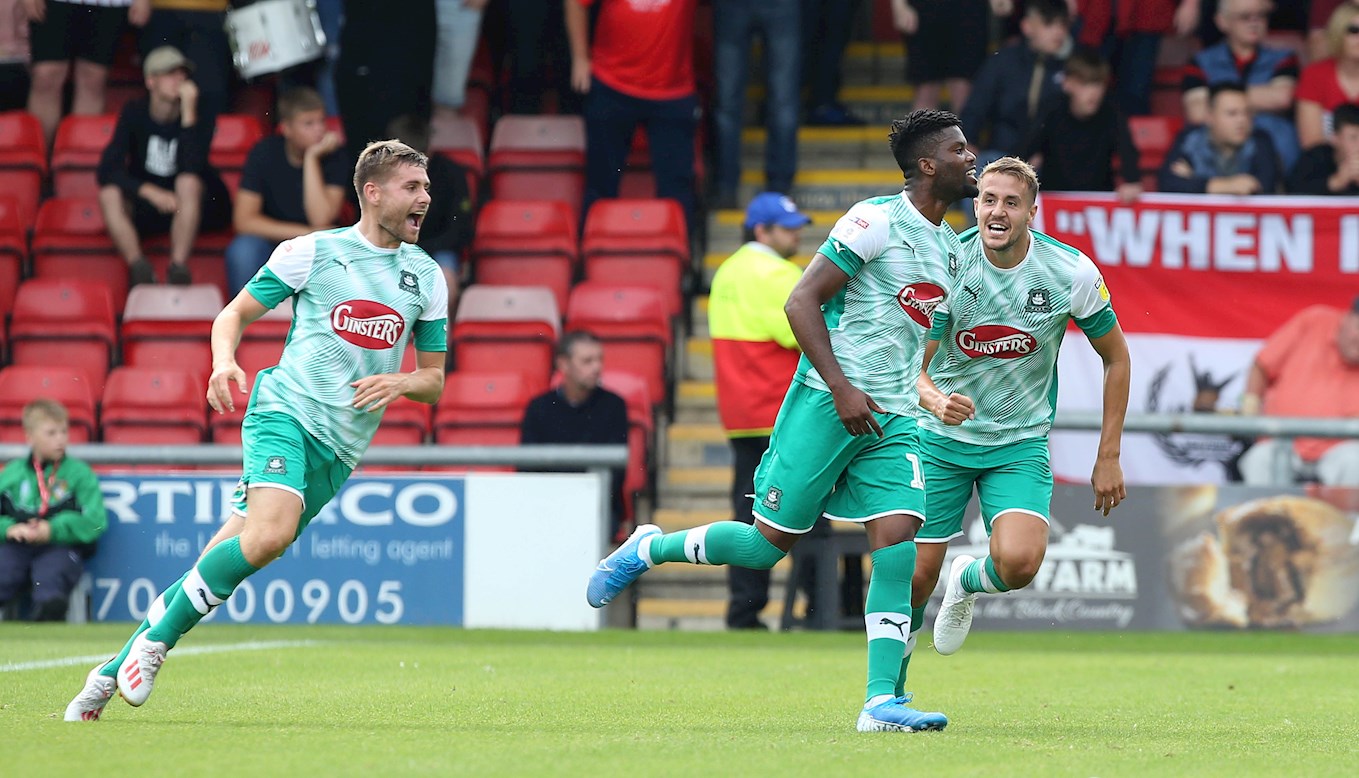 JOEL Grant has staked his claim to for a striking role after scoring the middle goal, sandwiched between Callum McFadzean’s brace, in Argyle’s 3-0 win at Crewe on Saturday.

It was obviously a great start to the Sky Bet League Two campaign and particularly special for Joel, who, despite missing much of last season through injury, was desperate to right the wrongs of our relegation.

This attitude immediately warmed Joel to new manager Ryan Lowe, who was delighted when the versatile Jamaican international signed a new contract at Home Park in the summer.

“It was very good from Joel and he’s been fantastic,” said Ryan. “I spoke to him in pre-season when I wanted him to sign an extended contract and he was one I had a soft spot for straightaway because he wanted to put things right from last season.

“I know he was injured toward the end of the season but he was pleased to sign a new contract, and forever asking what I wanted from him. He’s played in midfield and as a striker. I just said to do the simple things, work your socks off, shoot and score goals.

“We know he can play there [striker]. He scored a goal, his hold-up play and link-up play was very good. It’s his place to lose now but we’ve got some fantastic strikers. Byron [Moore] can play different positions as well.

“I’ve said to the boys that all of them will get a chance and if Joel keeps doing that, he’ll play a lot of games.”