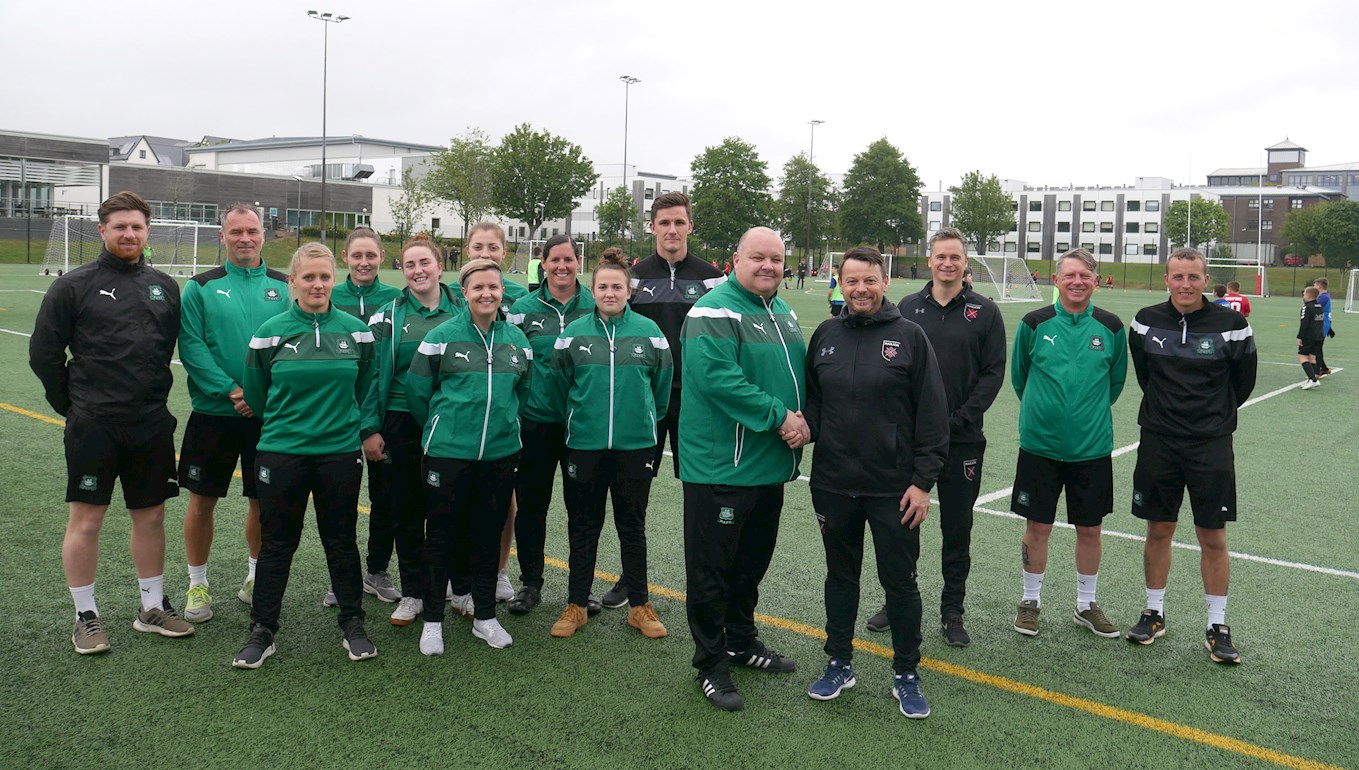 ARGYLE Ladies face the enticing prospect of a special Devon derby against Exeter City on Sunday, as the Pilgrims look to move on from the opening day defeat to Crawley Wasps in the FA Women’s Premier League Southern Division.

The Greens travel to Speeds Meadow, home of Cullompton Rangers FC, to take on the Grecians in the National League Cup for a 2pm kick off. The winners go on to the next round while the losers will contest the Plate competition.

Argyle came away from Exeter with an 8-3 win in a pre-season friendly and the last time they played them in the league was in the 2016-17 season when the Pilgrims completed the double, 4-1 and 6-0. Exeter started their season with an impressive 3-0 win against Larkhall Athletic in the South-West Division One.

Manager Dave Leonard is taking a squad of 16 players. He will be without defender Mollie Taylor, while Darcey Hepworth comes in as cover. There is also a place in the squad for Cornish youngster Lucy Solloway, who had been out with a long-term injury.

“We will treat them [Exeter] no different to how we treated Crawley last week,” said Leonard. “I know they are on a crest of a wave at the moment, they had promotion last year. We played them in pre-season and that's probably the best Exeter team I've seen for a long time.

“They have recruited some really good experienced players and they have had a few youngsters there that I had in Devon when coaching. It will be a tough game for us. I'm not taking anything for granted, I will treat them with the utmost respect, we will treat them as a normal National League game and hopefully it will be a good game for the neutral.”

The Development side go into their last friendly at their new home venue at The Manadon Hub against Lakeside. Once more, it will be a very youthful looking Argyle team with 16 year-old Leah Johnson coming into the squad. They can also call on double player of the year Kiara Robins, back into the squad after injury. The squad was also bolstered by the return of American Rachel Heron, who is back in the area after working away.

Manager Rob Bonney said: “We have lost a couple of players once more to unavailability and first-team call ups, but this gives a chance to the youngsters to put themselves into the frame for our first game of the season.

“It is a massive plus to have Rachel back, to have her experience around these youngsters will be invaluable. Things moved rapidly after she contacted us early in the week, she signed and was training with us by Wednesday.”