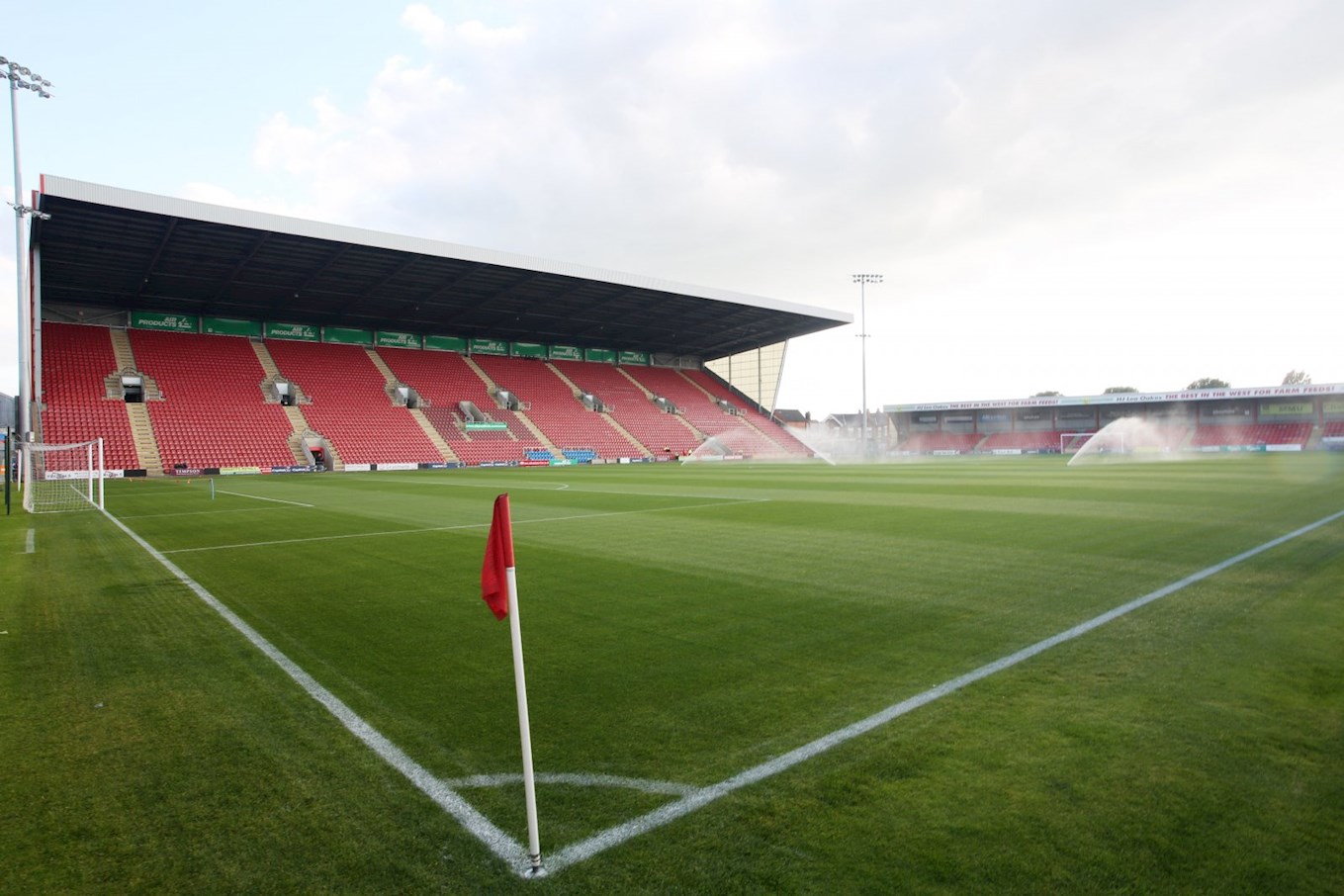 IN the first of a new series, Argyle media student Megan Stone takes an inside look at the stadiums we will be visiting this season, starting with Crewe on Saturday in Sky Bet League Two curtain-raiser.

Crewe Alexandra play their home matches at Alexandra Stadium, which is also referred to as Gresty Road after the street that it is located on. In 1999, there was a revamp of the Main Stand, costing £6 million. The single-tiered stand can hold just under 7,000 people, which largely contributes to the total capacity of 10,153.

The other three stands are just as tall as the Main Stand but they look very small in comparison. Opposite this is the Wulvern Homes Stand, previously known as the Railway End. The seating in this stand is only ever opened for bigger games, however, there are executive boxes at the rear.

The Gresty Road End seats around 900 people after replacing terracing that was previously there and opposite is the Whitby Morrison Ice Cream Van Stand.

Away fans are housed in the Whitby Morrison Ice Cream Van Stand, which can hold up to 1,680 supporters but, if needs be, they can also be housed in the Wulvern Homes Stand.

Finishing 12th out of the 24 teams in League Two, Crewe found themselves comfortably securing themselves a spot in the League for the 2019-20 season against their Staffordshire-based rivals, Port Vale.

Gresty the Lion is the mascot that parades around the pitch at Alexandra Stadium in the club colours, which have been predominantly red ever since 1898.

As always, the option of purchasing food and drink is available at the kiosk at the away end with your typical burgers, hot dogs and pies, but nearby there are also places available which will accommodate away supporters.

The supporters club will allow a small number of away fans in, as long as they are there early before the game, but there are also pubs within walking distance of the ground as well.

At the ground, behind the Main Stand, is a pay and display car park which holds 560 cars and costs £3.50 for the day. Alternatively, there is street parking near the industrial estate or there is a railway station car park on Weston Road, which costs £5 for the day, and a short walk away from the ground but it is also an easy place to get away after the match.