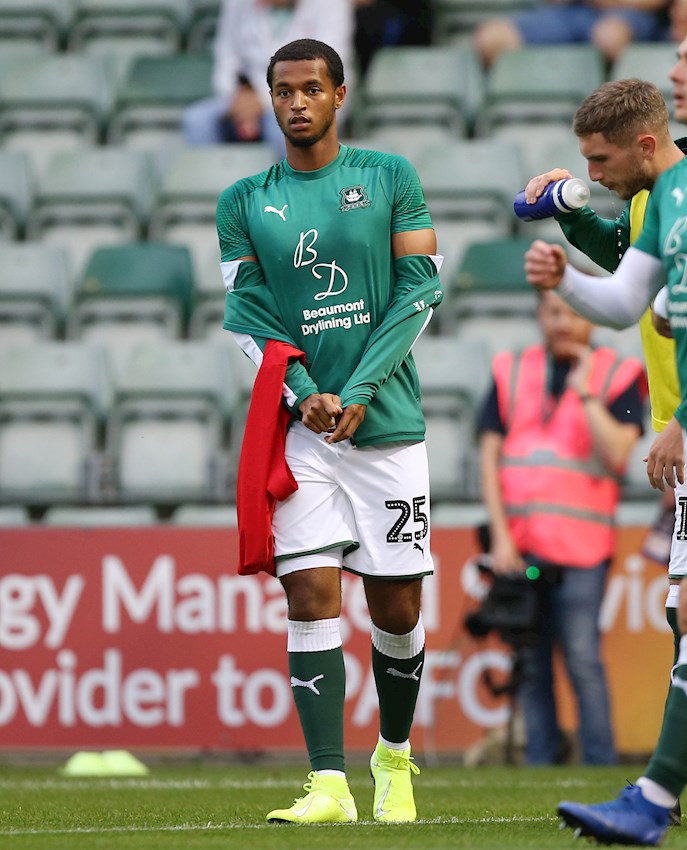 ON-LOAN Chelsea defender Josh Grant put it an imperious man of the match display as Argyle lost 4-2 to Reading in the Carabao Cup Second Round on Tuesday night.

It was only Grant’s second appearance since arriving at Home Park from Stamford Bridge. His previous outing for the Greens came in the same competition, two weeks ago, as Argyle beat Leyton Orient 2-0.

Argyle manager Ryan Lowe was extremely impressed with what he saw from the 20-year-old defender, who replaced Gary Sawyer in the starting line-up on the left-hand side of the back three.

“He’s come in and he’s done himself no harm whatsoever,” Lowe said. “We knew Josh needed to get a couple of minutes in him because he hadn’t played since the Leyton Orient game, but he’s been a little bit unfortunate because the back lads have been doing outstanding.”

Despite a classy performance at the back, looking confident and comfortable on the ball, Josh’s game ended earlier than expected as he was forced off in the 70th minute due to injury.

“He was cramping up towards the end but it’s because of the demands we ask of them day in, day out and maybe now we have to look at recovering them a little bit better for the weekend and make sure we get it right and we will,” the gaffer explained. “He hasn’t played for a while, has he? I think it was more precaution.

“When you’ve got the skipper [Gary Sawyer] on the bench who can just slot right in, it makes sense to do it, so we did.”