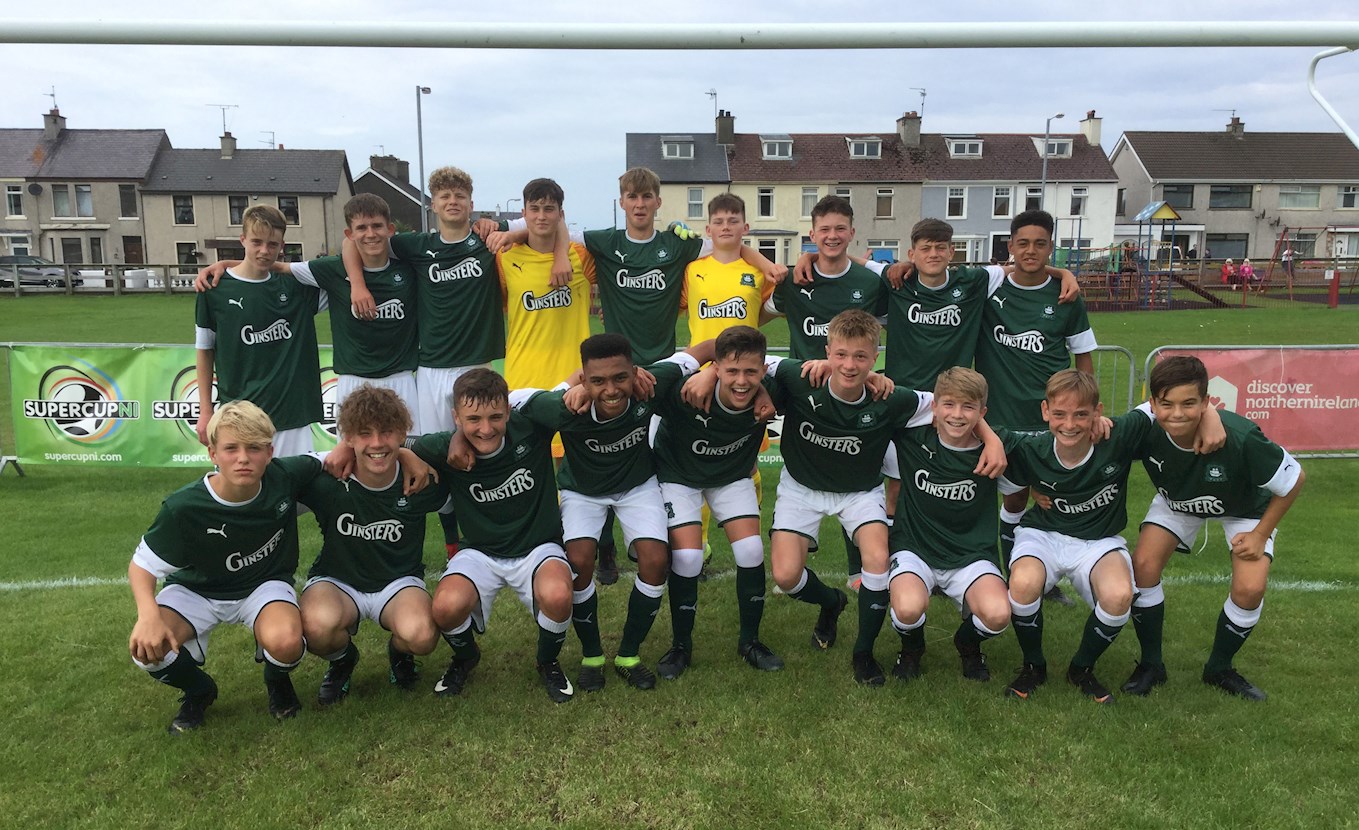 THIS was not a very good performance from a young Argyle outfit, as the form shown in the early games in the Northern Ireland Super Cup would have seen a far better outcome against the Yorkshire boys.

Once again, Argyle had the chances to score but they failed to make the most of them and played the price in the second half, as a defensive mistake and a breakaway in stoppage time saw them concede two sloppy goals.

Academy manager Phil Stokes had every right to be critical of his side but he chose to reflect on the week as a whole. "A disappointing end to the week since the Arsenal game, the performances in the first three group games were excellent as we took every game right to the wire,” he said.

"We have been in every game over here and certainly had chances to win each match but the last two days, since that Arsenal defeat, I think mentally and physically we haven't recovered and haven't looked the same team as when we started the week."

Argyle began the game well and could have been two goals to the good inside the opening four minutes.

First, Oscar Massey turned his marker to race into the area, only for goalkeeper Alfie Burnett to dive at his feet and deflect the ball wide and it was Massey again, a minute later, who took Harley Sneap’s pass but a slight hesitation gave Roman Khela the opportunity to get in a saving challenge.

Leeds hit back but Argyle 'keeper Zak Baker made a brave close-range save from Mlrwtadha Al-Jahadhmy and he then dived full length to turn away Morten Spencer's 20 yard free kick.

The half ended with Will Jenkins-Davies hitting a 40-yard pass that found the overlapping Jack Endacott but his first time effort flew over the bar.

The second half was three minutes old when substitute Jayden Gilbert, on for Massey, got free in the area for Burnett to get a leg to the ball but Benjamin Sturgeon was well placed to clear the ball off the line.

Argyle were made to pay for these misses as Leeds took the lead three minutes from time, when ‘keeper James Morley missed a right-wing cross, leaving Khela to tap the ball over the line.

The young Pilgrims threw everyone forward and were punished as Leeds broke up field, in the third minute of stoppage time, for Bradley Wood to notch Leeds second.

"Obviously we want to win every game in the tournament, which has a high competitive nature, and certainly off the back of last year when we had a lot of success,” said Stokes.

“Every year is judged on the players ability to learn from the tournament and making sure that they are taking that back home and into their Academy football, whether they are playing for the under-16s or 18s. They have now had a taste of what football and playing at that level is like,

"The big thing they've got to do is to carry it forward and demonstrate to everybody that they've learnt from key aspects of what has gone on over here and that they can improve on them when they are back home.”