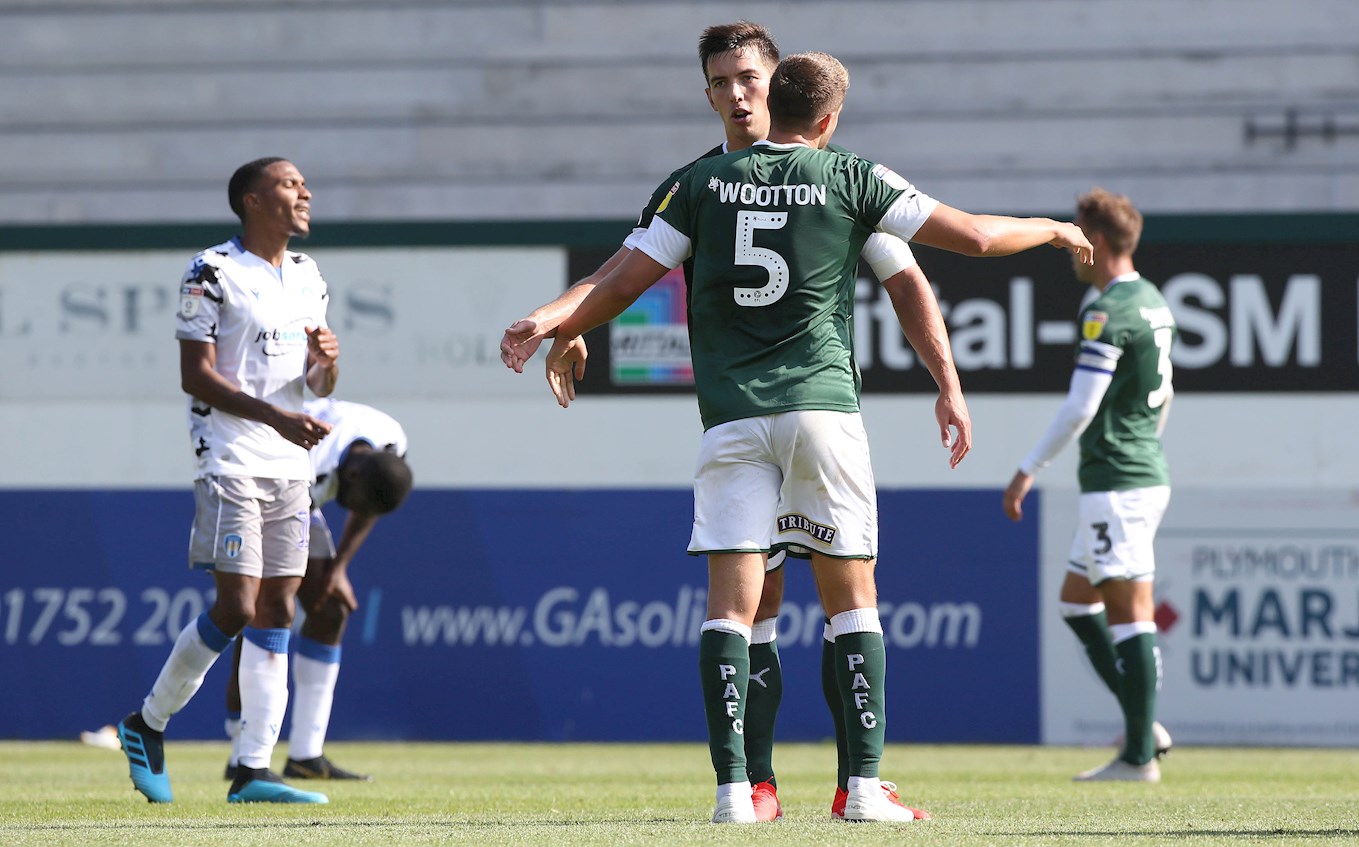 ARGYLE manager Ryan Lowe was delighted for his players after they earned successive Sky Bet League Two clean sheets on Saturday against Colchester, but he felt it was important to single out one man in particular – Scott Wootton.

The Pilgrims’ new no. 5 has played all 180 competitive minutes of the Greens’ 2019-20 season, having been sidelined for most of last season through injury, before falling out of favour. Lowe feels he is beginning to build an understanding of the defensive trio that Wootton has become an integral part of.

“The defence was solid – Scotty Wootton was magnificent; he’s come into his own,” said Lowe. “You see Scotty, Gaz [Sawyer] and Niall [Canavan] are forming their little relationship and when you’ve got a ‘keeper like Alex Palmer who just comes and collects balls from the sky, it always helps.

“The wing backs as well, [Callum] McFadzean and [Joe] Riley did their defensive duties perfect. Joe Edwards as well mopping up.”

Much has been made of Wootton’s rehabilitation from the fringes of the first-team picture to a key cog in their new-look defensive wheel. The Pilgrims’ manager, though, has no doubts about Scott’s ability to succeed in his set-up.

“He’s not getting a ‘second chance’, he’s getting a chance because he’s a good footballer,” said Lowe. “I don’t know what all the fuss is about, I honestly don’t. He’s a great lad, his fitness is up there – it’s unfair criticism. Everybody has had a clean sheet and Scotty’s no different; he’s come in and been magnificent.

“He will have some bad games, like most players will. We’ve given him a new lease of life – if you like. Given him the number five jersey and told him it’s yours to lose. He’s a great lad, he’s committed to the cause and he has been outstanding the last two games.”