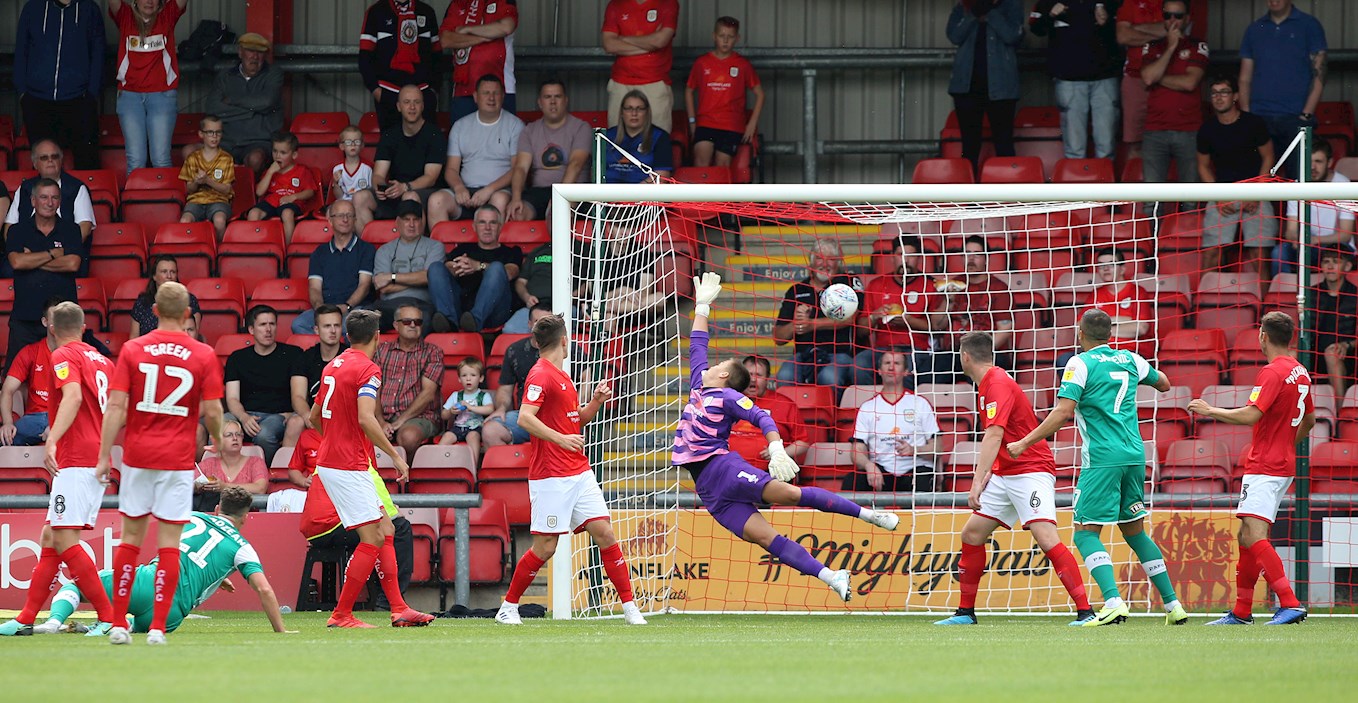 CALLUM McFadzean scored twice in his Argyle debut after not hitting the target in 49 games for promotion-winning Bury last season.

The effervescent wing-back was outstanding for the Pilgrims in the 3-0 win at Crewe on the opening day of the Sky Bet League Two campaign, scoring his first inside four minutes and then capping the victory with a lung-bursting run and finish in the dying seconds.

Argyle manager Ryan Lowe is an obvious convert to the McFadzean talents and revealed a change of footwear might have added goals to his other numerous qualities.

“He rifled one in the top bin in training [on Friday] and I think he had the wrong boots on last season,” said Ryan.

“His desire and commitment to get up the pitch in the 94th minute shows his willingness, and what he wants to do for this team, this badge, for me and for his team-mates. That’s the type of character he is and hopefully he can get a few more goals.

“Sometimes, you can score too early but it did relax the lads. You can get into a comfort zone and I’ve done it myself where you think it’s going to be easy, but it was never going to be easy.”