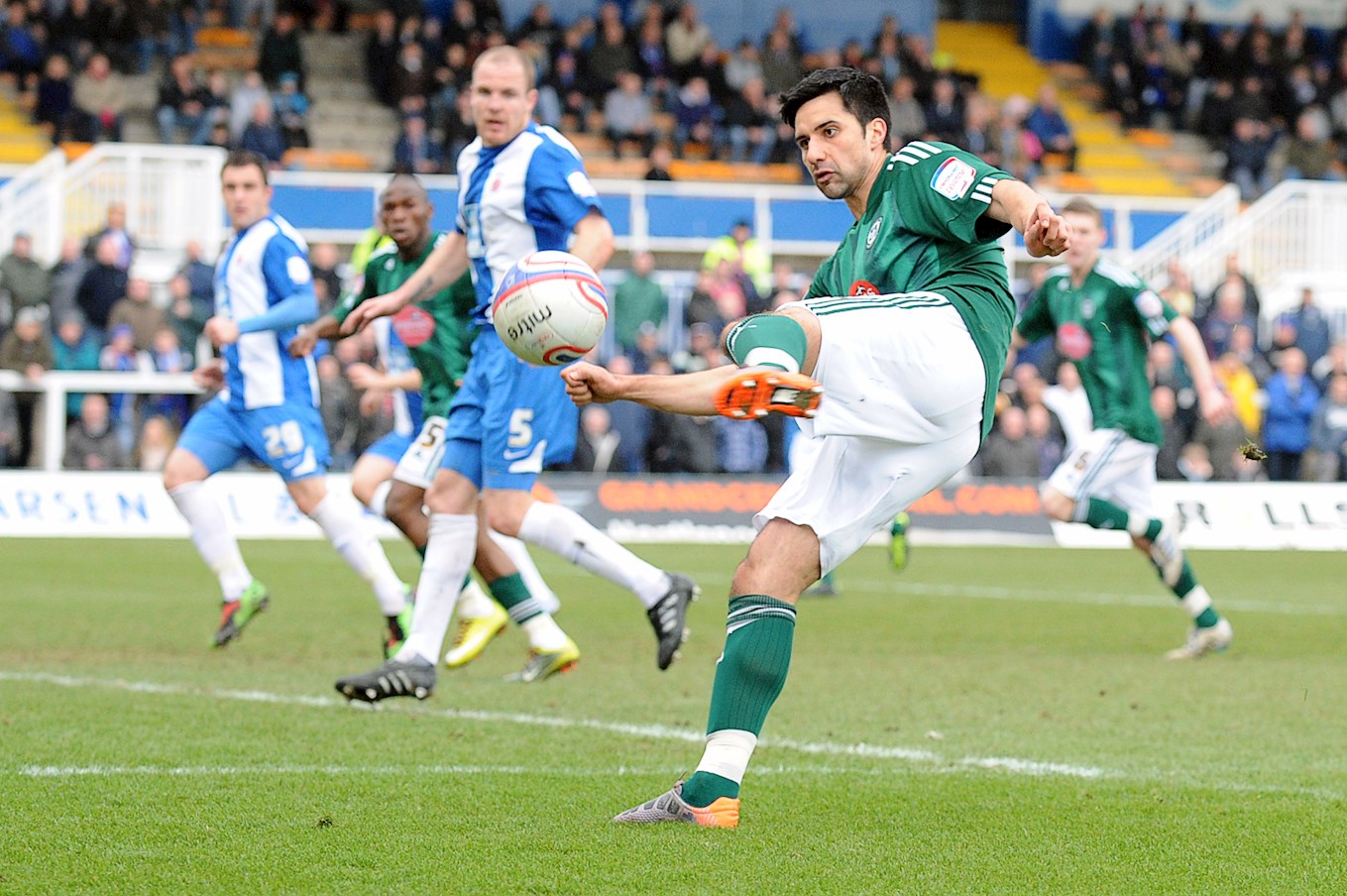 Rory in the House

FORMER Argyle striker Rory Fallon will be our special guest in our first home game tomorrow, as we welcome Colchester United in Sky Bet League Two.

The 37 year-old played for 15 clubs in a career that spanned 18 years, starring for the likes of Barnsley, Scunthorpe  and Swansea City. He played in Scotland from 2011-14 for St Johnstone and Aberdeen before heading back to England.

Fallon has played for no less than seven clubs in the South West of England. He made more appearances (160) for Argyle than any other team in his career after his move from Swansea in 2007, scoring 22 goals over a four-year spell.

After a short loan period at Ipswich, he joined Yeovil for the second time after being on loan at Portman Road in 2005. In 2011, and after five years away, Rory came back to the south-west to join Bristol Rovers. From there, he played for Truro City, Torquay United and Dorchester Town in the Southern League Premier Division South.

The New Zealander was born in Gisborne and represented New Zealand at the 2010 World Cup, scoring the goal that took them to the finals in South Africa, their first appearance on that stage for 28 years.

Rory has since made his home in the Plymouth area and currently works as a coach with the Argyle Academy.

Welcome back to Home Park, Rory.