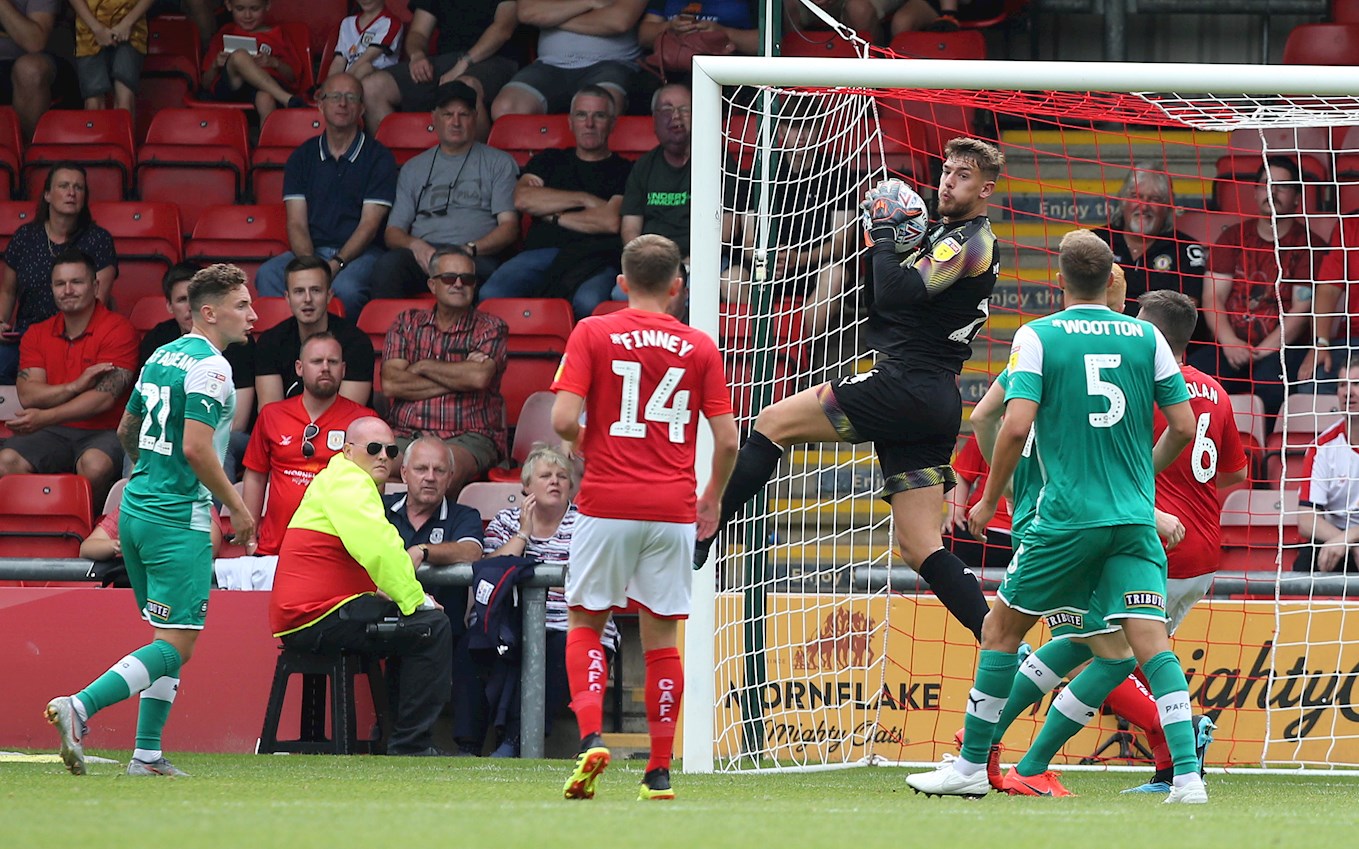 ALEX Palmer was one of many Pilgrims enjoying the dream debut, as a brace from Callum McFadzean and Joel Grant’s strike gave Argyle an ideal start to the Sky Bet League Two season at Crewe.

While the final scoreline of 3-0 suggests a comfortable victory, the reality was a very tough second period for the Pilgrims, with the hosts throwing everything forward in a bid to recover the two-goal deficit from the first half.

Palmer, signed on a season-long loan from West Brom in the summer, stood tall with some superb saves and manager Ryan Lowe believes he has a custodian destined for the top.

“He made a lot of saves and that’s what he was brought in for,” said Ryan. “He’s a top class ‘keeper and will play at the highest level because you can see the size and stature of him.

“Sometimes, those shots can ricochet and roll in, which is why I was bit disappointed we allowed them to have those shots but he [Palmer] is doing his job by making those saves.”