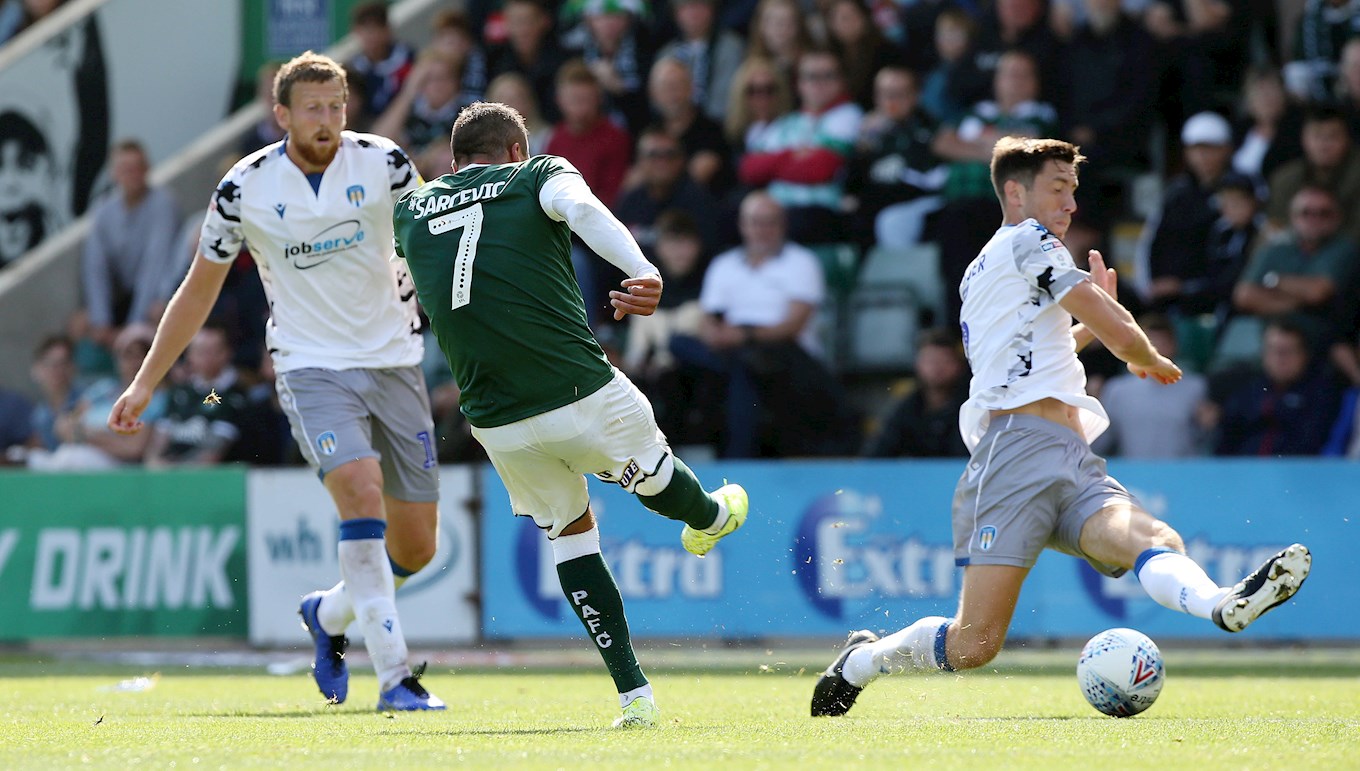 MATCH-WINNING midfielder Antoni Sarcevic would like to add more goals to his game, after opening his account in Sky Bet League Two.

His low and driven second-half strike was enough to see off Colchester United at Home Park on Saturday in a 1-0 win that maintains Argyle’s 100% start to the new season.

Sarce admitted it is a frustration of his that he has not scored more in previous seasons. He said: “Its something that I’ve not shied away from, it has always been in my game, I just need to get it back out again, which is frustrating because it has always been there.

“It’s nice of the gaffer to give me that licence. He has given me a target to get and I have to get it. “

Confident of hitting manager Ryan Lowe’s goal-scoring target this campaign, he has his sights set on reaching double figures, similar to that of his first year at Fleetwood Town.

“In my first taste of the Football League, with Fleetwood, I got 15,” he said. “The manager has helped me. He has come in with a breath of fresh air and enthusiasm. We are excited for what’s to come and we hope everyone else is as well.”

While our Essex visitors frustrated Argyle for large spells, the Pilgrim number seven believes that there is still room to improve this season, and that will come as we play more games.

“Even today [Saturday], he [manager Ryan Lowe] wasn’t happy with parts of the game. From the outside it is [exciting] but there is still a lot more to come. The lads who were already here before the gaffer came in haven’t played in the system, so he used a large part of pre-season drilling that into us, and he still is. We are two games in, our feet are on the ground and we are going to try and keep going. “

The goal itself was manufactured by Dom Telford, and Sarce was grateful to be able to rifle the ball into the bottom corner.

“It was one of those games, it was a bit frustrating,” said Sarce. “It was a good strike, I was saying previously that Dom teed me up, at first I didn’t think he was going to give it to me. It was ages before he gave it to me but it was nice to see it hit the net.“