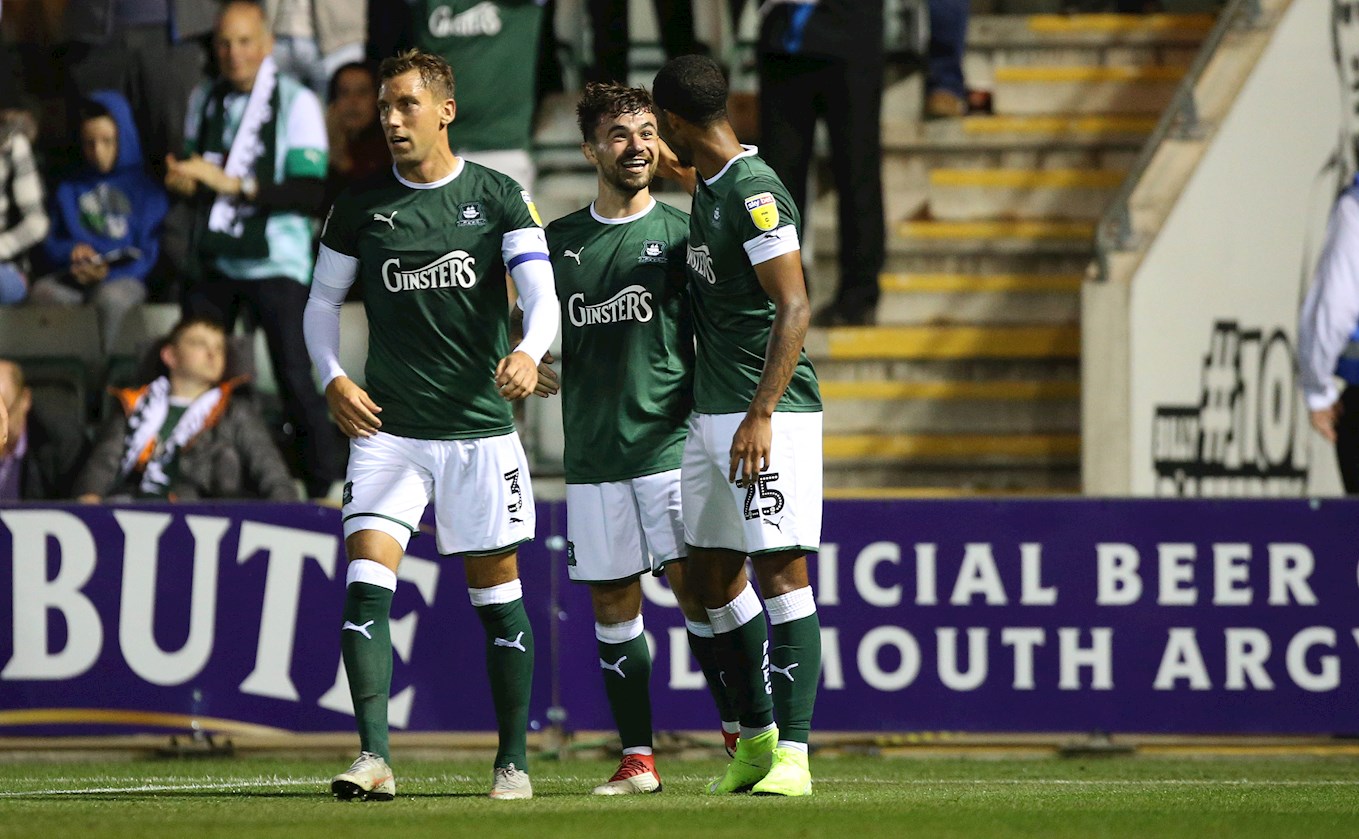 ARGYLE put in another impressive performance as they saw off Leyton Orient 2-0 in the Carabao Cup First Round and manager Ryan Lowe was very happy with how his rotated side equipped themselves.

“I’m happy – especially with the lads who came in – I made a couple of changes and I’m pleased I know that they can do what they’ve done tonight.” Explained the gaffer, who had made five changes to the starting line-up from Saturday’s Sky Bet League Two win against Colchester.

“I’m pleased for them because sometimes it’s not easy when you’re left out of the starting eleven for the first week or two, but the application of the boys was fantastic.”

The Greens started the game well and dominated the first half, creating a number of decent opportunities to open the scoring but went in at even at the break. However, this didn’t worry Lowe, who remained optimistic about the side’s performance at the midway stage.

“In football, you know what’s coming, you know what’s around the corner and you know when you’re on top,” he explained. His faith in his side was rewarded as Argyle produced another strong performance in the second half – topping it off with two goals from Callum McFadzean and Dom Telford.

“When their [Orient’s] manager says to you, ‘you’re a fantastic outfit’ I love that - when opposition managers say how good you are, but we play it down, we’re not there yet,” said Ryan.

“Three games in, three wins and three clean sheets – fantastic, I couldn’t have asked for a better start, but we know there’s going to be bumps in the road.”

McFadzean opened the scoring with his third goal in three appearances for the Pilgrims and Ryan joked about the left wing-back’s rich goalscoring form: “He’s not happy in there, he’s got an assists bonus – not a goal bonus.

“He’s a fantastic lad with a fantastic attitude. He might be knocking on my door asking for a goals bonus rather than assists.”

Argyle’s second goal came courtesy of summer signing Dom Telford’s first goal for the club. Lowe managed Telford at Bury and wasn’t surprised he found the back of the net.

“We know Dom, we know what he’s about, what he does and what he gives us,” said Ryan. “That burst of pace there…he needs to be a bit more selfish now, because there are a lot of strikers who are selfish, and that’s how you score between 10 and 20 goals a season, by being selfish.

“If you want be nice and pretty and set your mates up – you ain’t going to score.”

Besides Argyle’s dominant performance, Lowe had some positive things to say about the opposition, who were promoted from the National League and suffered the tragic passing of manager Justin Edinburgh in the summer.

“They’ve come up from non-league last season and with all due respect they’ve got to find their feet a little bit and obviously with the circumstances of what happened,” said Ryan.

“They’ve got some fantastic coaches there and I’m sure they’ll do well. Whatever happens they’ve got some good players and style of play but we always felt, if we are on it, we are a match for anyone.”