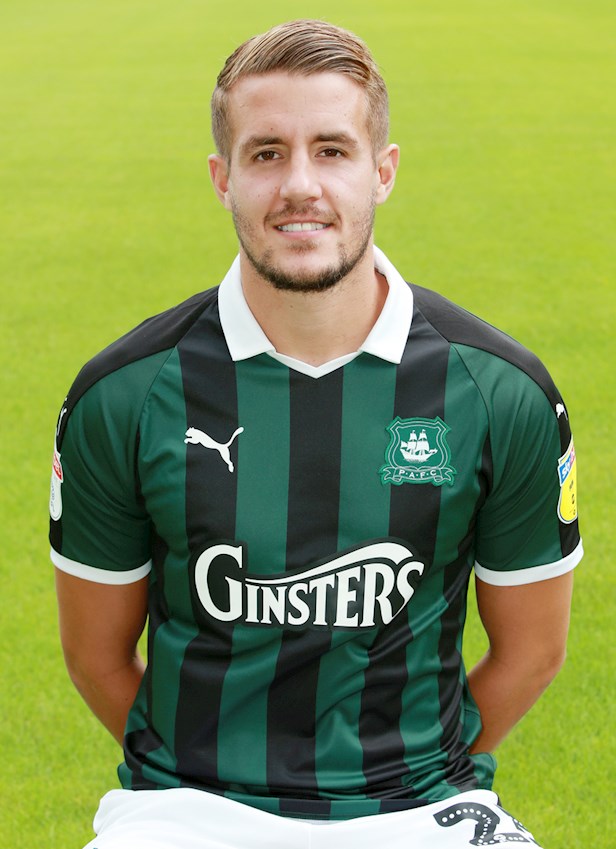 AS the Pilgrims’ 2018-19 Sky Bet League One campaign ground to a catastrophic halt, one of Argyle’s highest-profile signings from the summer of 2018 could not even get a game in the reserve side.

Such was the frustrating nature of Scott Wootton’s first season at Home Park, he did not make the match-day squad for Argyle’s 5-1 defeat away at Accrington Stanley that ended up defining the Pilgrims’ season. At this point, he was all but out of the door at the Theatre of Greens following a disastrous campaign that was blighted by injury for Scott and relegation for the club.

A few months on, though, and Argyle’s new No.5 is relishing his second chance at a club he describes as ‘massive’, which is not at all faint praise from a man who has played Champions’ League football for Manchester United before moving to Leeds United in a seven-figure deal – playing 99 career Championship games.

“Obviously, at the start of the season, we didn’t get off to a good start as a team,” said Scott, in an open and frank interview before the Sky Bet League Two curtain-raiser at Crewe. “I picked up an injury, was out for a long time and I struggled to get back after that. The manager sort of had a settled team and that went against me.

“The team had done really well as soon as I got back fit, and I was out of favour. The Argyle fans got nowhere near seeing anywhere near my best form.”

Scott was a regular feature in the opening nine games of the Pilgrims’ Sky Bet League One campaign last year, before a first-half injury at Charlton Athletic forced the powerful centre-back off the field.

He would go on to play only one more time under Derek Adams – the final nine minutes of the Greens’ 2-1 victory over Coventry City in January. Even Peter Grant, who left Home Park by mutual consent in January, played more competitive minutes in defence for the Greens last season.

“I was incredibly frustrated,” said Scott, recalling his lengthy absence from first-team action. “For the first month or two, the team was going well so there was not much that I could have done or said, but then there became a time when the team wasn’t performing well, and we were conceding a lot of goals, and I was sat watching, believing in myself that I could have contributed.

“I’m not saying I single-handedly would have kept us up – I’m not saying that at all. I do feel that I could have helped the team, though. One, I didn’t play to my best, or get long enough to get up to the level; and, two, I wasn’t given a chance. That’s just doubly frustrating.”

The best part of five hours away from home – a home containing a young family – while seemingly having no hope of playing for the first-team again, was a dark time for Scott. However, he feels that he has been given another chance by manager Ryan Lowe, who rewarded the former England youth international with the No.5 shirt for an off-season of hard work.

“I got a ’phone call off the gaffer [Ryan Lowe], midway through the summer, shortly after he took the job,” recalls Scott. “He spoke really well and gave me the extra determination to make me want to come back in the best shape and get another chance at this massive club.”

Wootton was informed that he would be wearing the No.5 shirt for the upcoming season during the Pilgrims’ pre-season tour of Alicante, while his defensive colleague Niall Canavan also earned an ‘upgrade’ to the No.6. The gleeful grin on Wootton’s face that day told its own story, and it reappears again when Scott is asked about his new kit number.

“It’s a great compliment to be given the No.5 shirt,” he said. “I’m made up that the manager has put that faith in me. I want nothing more than to re-pay him and give everything I can for him, for myself, for my family and for the club.

“Off the back of last season, I’ve got that extra determination to succeed.

“There’s a really good feel around the place, amongst the players, staff and the club, and that’s given me an extra determination off the back of last season, having that in my stomach. I want to show everyone how good I can be.”

While Scott might have earned the approval of Ryan Lowe and his coaching staff, he knows that there are still a number of the Green Army that may take a little longer to change their minds on him. He accepts that, but asks that the supporters give him an opportunity to show them the real Scott Wootton - Plymouth Argyle’s new No. 5.

He said: “As a footballer you are not immune to criticism, and football is a confidence game. The fans pay their hard-earned money and travel in amazing numbers, so they are entitled to their views, but on a personal note I never quite understood the criticism.

“If I was playing week in, week out and we were losing every week then I would understand, by all means – but I wasn’t playing or even on the bench at times, so I found it bizarre. That’s football, of course, and you have to have the thick skin to deal with it.

“The fanbase is one of the reasons I wanted to play here. Last season was as frustrating for me as it was for them, I promise you.

“I’m just asking the Green Army to give me a chance, really. Judge me after 15-20 games, fully fit, fully sharp. I will be giving it my absolute all to represent Argyle, and I just hope they see that.”