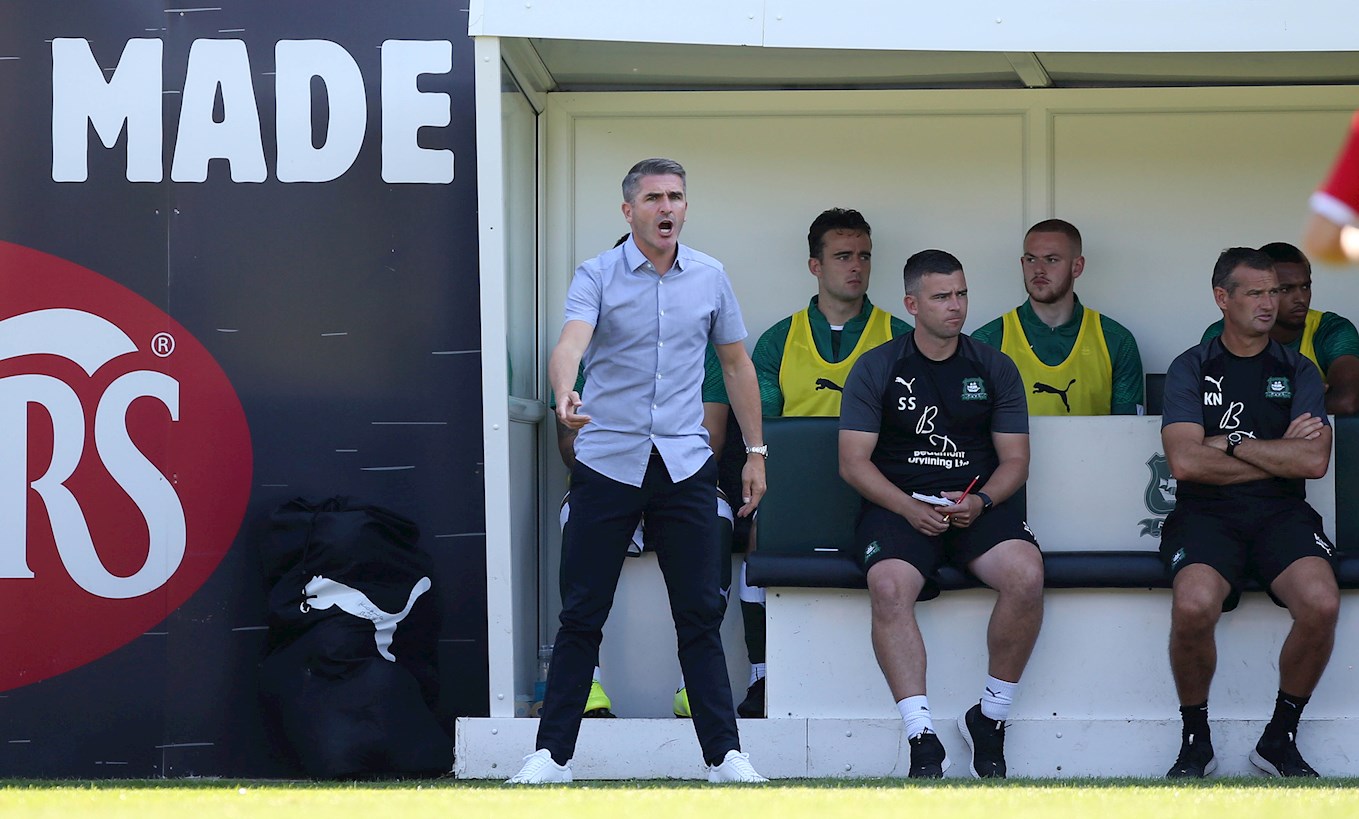 RYAN Lowe will gauge his own players’ assessment of their fitness before selecting his side for Tuesday’s Carabao Cup tie against Championship side Reading at Home Park.

The second-round tie will be the Pilgrims’ seventh game in 24 days since the new season began, which has put a huge workload on his newly-assembled squad.

It part of Ryan’s management philosophy to take counsel from his own players – as well as Fitness & Conditioning Coach John Lucas – before finalising his match plans, not that he wants to rotate his squad unnecessarily.

“We’ll assess the lads and see what we’ve got,” he said. “I’m all for them coming to me and me asking them how they are feeling, and getting the right answers.

“Our number one priority is the league – let’s have it right – but we’ve got to respect Reading because they are a good outfit, so I am not going to make a million changes; I’ll make changes if I feel they are necessary for niggles, or tiredness, or little injuries, whatever it possibly may be.

“But, at the moment, when you’re in a rich vein of form, it’s just keep going. We have got to play a decent few [players] because we haven’t got a massive squad.”

The Pilgrims go into the game, undefeated at Home Park in five matches, and on the back of a 3-0 home victory over Walsall in which Ryan Taylor scored his first goals for 16 months and goalkeeper Alex Palmer kept a fourth clean sheet of the campaign – factors which also come into the selection thinking.

Ryan said: “As ’keepers, do you want stay in because you’ve kept a clean sheet and are on a little bit of a roll, or do you want to come out?

“As a striker, when you are in your goalscoring form…I can guarantee you now that Ryan Taylor will want to play on Tuesday because he scored two goals.”