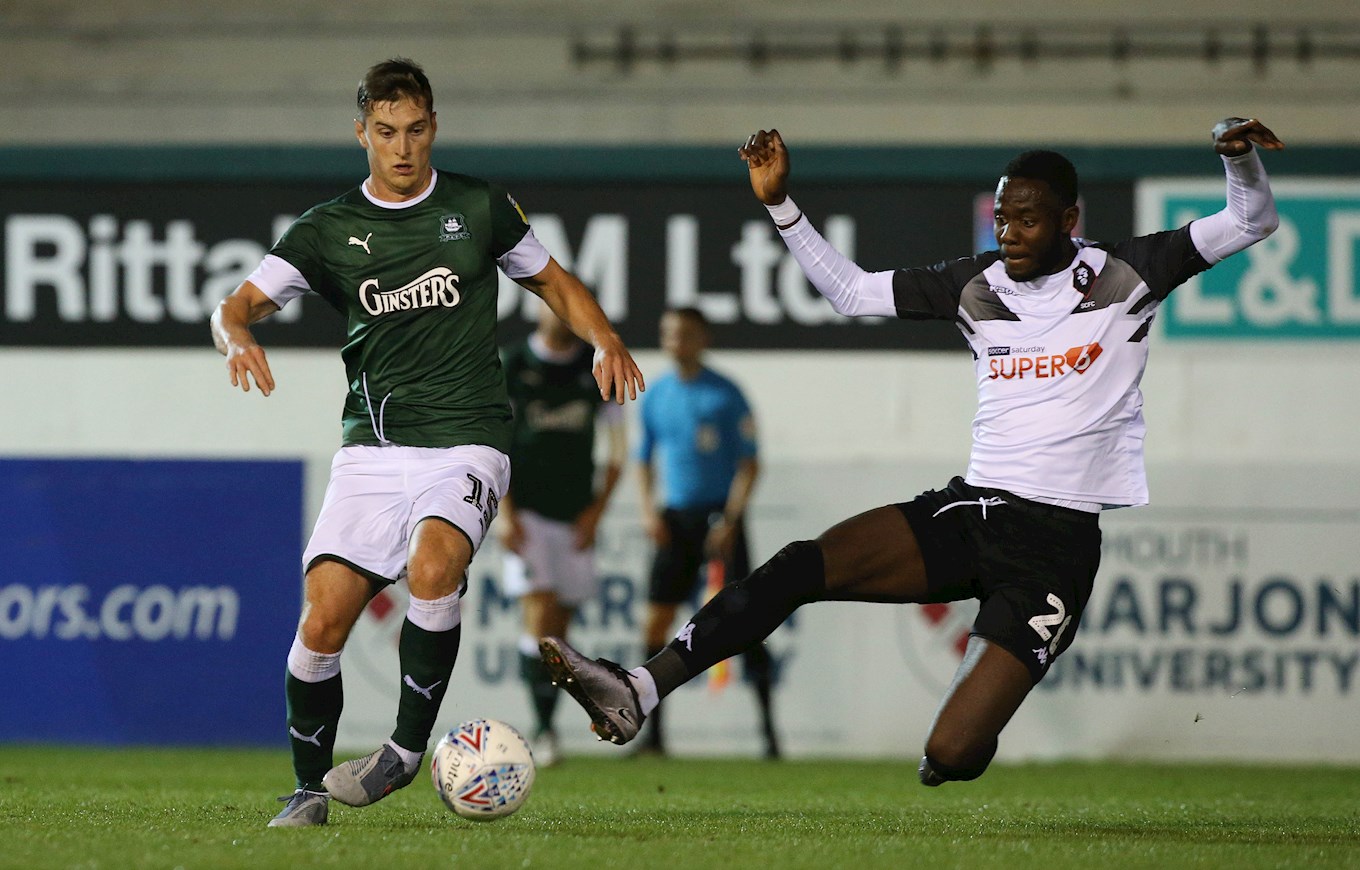 ARGYLE midfielder Conor Grant is keen to praise the impact of the “special” Green Army after a positive start to life in Sky Bet League Two.

The Greens currently find themselves occupying a play-off place in an embryonic league table, and Grant feels that the fans have played their part in the new era under Ryan Lowe – epitomised by a sell-out crowd for Tuesday night’s draw with Salford City at Home Park.

“It’s unbelievable, really, over 11,000 on a Tuesday night, it’s phenomenal,” said Conor. “It shows what a special fanbase we have here, and we’re desperate to reward them with good performances.

To get over 11,000 on a Tuesday night just says it all. They backed us until the end, and we want to repay them.”

The Green Army have all-but sold out their allocation for each of the four opening Sky Bet League Two games, including full away ends at Crewe Alexandra, where 1,700 fans made the pilgrimage on the opening day of the season, and over 1,000 in Wales, where Argyle narrowly lost out to last year’s beaten play-off finalists, Newport County.

The size of crowds really is exceptional at this level, but Grant acknowledges it can come with some additional pressure, as was perhaps evident against Salford on Tuesday night.

As far as the Everton academy graduate is concerned, though, it is a dream as a professional footballer to play in front of passionate supporters.

“It’s a lot better having the fan-base than not. It’s up to us as players to embrace it and try to do well for them.

You want to play in front of as big a crowd as possible, we filled the stands the other day, and when the Grandstand is done it’s going to be pretty special.”