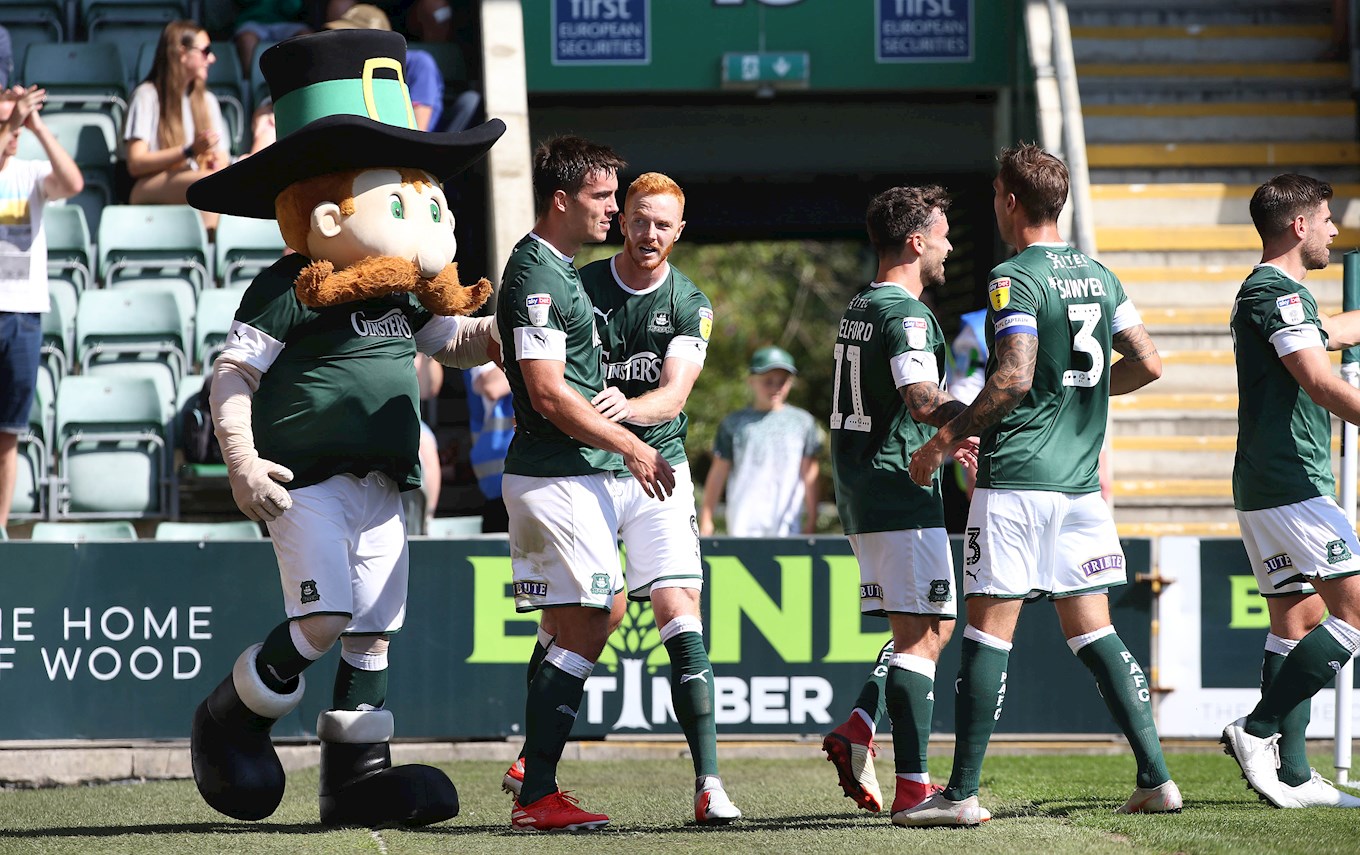 Thriving in a Pair

TWO-GOAL striker Ryan Taylor is enjoying playing up front in a pair, having played for most of his Home Park career as a lone target man.

Taylor ended a 16-month goal drought with a brace against Walsall on Saturday, evidencing that he is not only an excellent hold-up man, but he has goalscoring instincts, too.

“I always played one up front with [former manager] Derek [Adams], so it’s nice to play in a two,” said Lowe. “The gaffer [Ryan Lowe] obviously had a good career, he scored a lot of goals, and he’s on the training ground every day coaching the strikers.

“That can only be a good thing for us because he obviously sees things a striker that maybe other managers or coaches wouldn’t. He’s tinkering with things every day, and obviously that’s paid off for myself, I’ve got two goals and I’m very happy with that.”

Taylor is well aware that there is added pressure to get on the scoresheet himself. Not only because he is playing in a partnership up front, but also because the Pilgrims possess a number of proven goal-scorers who can also play in his position.

“I think, last year, the strikers were pretty isolated up there on their own,” he said. “This year, we’ve seen a difference already. The proof is in the pudding, we’ve all added goals to our game - we need to move forward now and keep the standards high.

“I’m sure we will, the gaffer will be on us every day in training – he gets on at the strikers more than anybody, I think. He scored a lot of goals and that can only be a good thing for us.”

In just the few weeks since the season began, the Pilgrims have had a number of striking partnerships. A mixture of injuries and tactics have led to Taylor playing alongside several partners, and Dom Telford’s first-half injury led to a combination with new loan signing Zak Rudden against Walsall.

“He was very good,” said Taylor of the Rangers loanee, “He’s sharp, he makes the runs in behind, which I don’t tend to do much! It’s nice to play with somebody who complements you. I think he does, as does Dom, so I think it’s going to be positive moving forward.”

Before the introduction of Rudden, it seemed as though Taylor had begun to form a promising partnership with Telford, who has also netted twice this season. According to Ryan, though, it’s not important who he plays alongside, and the key to success over a long and hard season is to be versatile.

“I think you’ve just got to be able to adjust,” he said. “Injuries can be picked up, we’ve had three strikers get injured already and we’re only a couple of weeks in. With how tough the seasons are, you’re going to pick up injuries, so you have to be adaptable.

“In the past, little and large combinations seem to have worked well with me, but we’ll see as the season goes on.”