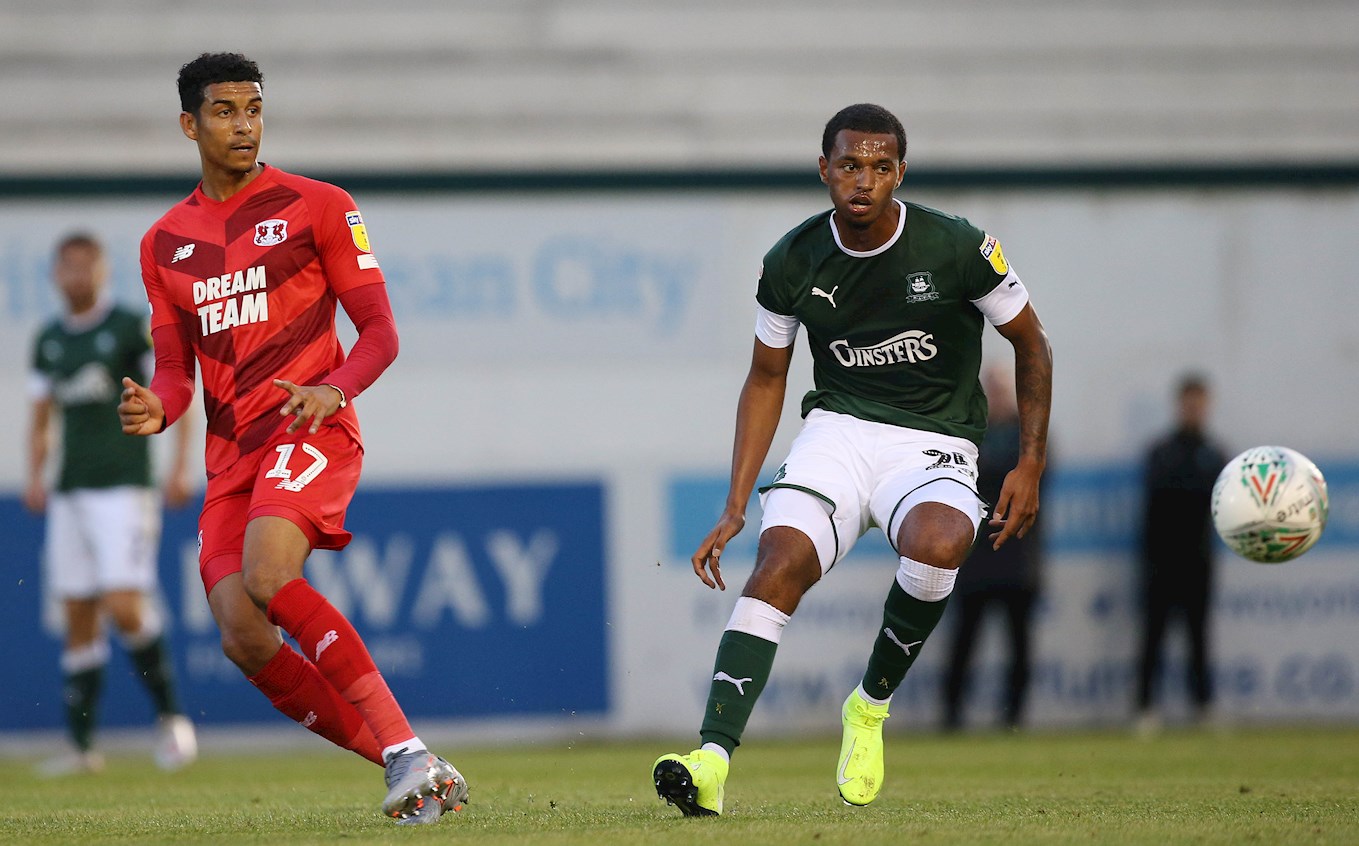 Slight rotations to Saturday’s league line-up that secured victory over Colchester meant that, amongst others, Josh Grant (20) came into the starting eleven for his debut since his loan move from Chelsea, and Michael Cooper (19) was in goal for the first time under Lowe.

The two young players both impressed on their first outings of the season and Lowe was keen to praise Grant’s swift transition into the side.

“He didn’t look out of place, he’s barely watched us, but he knows what we are about from training and the game on Saturday, where he watched from the side,” said the gaffer.

“Josh has been on our radar for some time – when we get calls about players who are highly recommended from other players, Josh is a fantastic kid and he couldn’t wait to get here.”

The Greens limited Orient to a small number of half chances, but that didn’t mean Cooper was merely a spectator, as Argyle looked to build a number of attacks from the back.

“He [Cooper] is solid, he passed the ball well and he’s getting used to our style,” said Ryan. “He’s threading balls through, perfect, that’s the way we want to play. He hasn’t put a foot wrong; he’s been fantastic.”

“He’s my ‘keeper, he’s one of two ‘keepers, he’s a ‘keeper I know I can rely on at any time. No-one’s guaranteed a [place in the] starting eleven.”

Coming off the bench, 18-year-old Adam Randell also made his competitive debut under Lowe and the future is certainly looking bright.