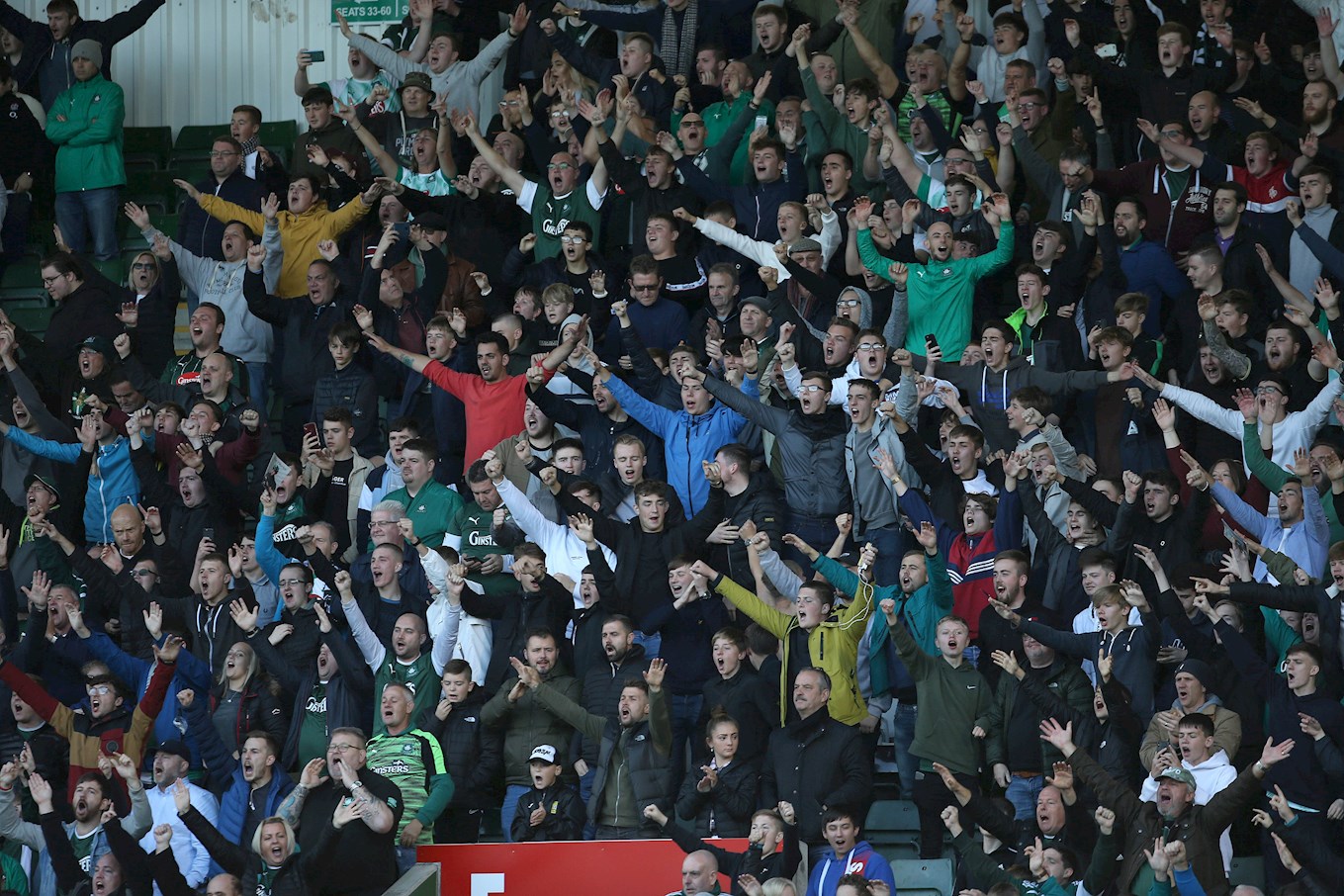 18,000 for New Years Day Against Swindon

WE know there are quite a few exciting events happening before we ring in 2020 by entertaining Sky Bet League Two leaders Swindon Town at Home Park.

Things like a Boxing Day trip to third-placed Cheltenham Town.

Like a super Sunday at the Theatre of Greens on December 29, when Stevenage come to town.

Not to mention a certain day of seasonal celebration before then on December 25!

However, we cannot help but look beyond that, to New Year’s Day, for what could well be the most thrilling part of the whole holidays.

The first day of 2020 is also the first day that the magnificent Mayflower Grandstand is fully opened.

The first day of Mayflower 400 – such a significant year for the entire city of Plymouth.

The first day for more than a decade that the Home Park capacity could exceed 18,000.

We are already well on the way to reaching that figure and hosting the biggest crowd at the Theatre of Greens since Watford visited in 2007 for an epic Emirates FA Cup quarter-final.

The opportunity to witness the match of the season, and experience the full grandeur of the grandstand, has seen huge demand for tickets well ahead of the game.

However, New Year’s Day is not all more than a game of football.

It is about celebrating the opening of the £8m-plus Mayflower Grandstand.

It is about saying a ‘thank you’ from the best fans in the world to chairman Simon Hallett and his wife Jane before they return to the USA.

It is about coming to rub shoulders with Argyle legends – the rollcall of former Pilgrims who will be at the game already includes Geoff Crudgington, Ronnie Mauge, Tommy Tynan, John Uzzell and Neil Warnock.

It is about following in the footsteps of the original Pilgrims and launching Mayflower 400 – from Plymouth to the world.

Most of all, though, it is about 90 minutes of football.

It is about enjoying manager Ryan Lowe’s exciting brand of attacking football that has had Home Park purring so often this season.

About a full grandstand and full ground getting fully behind Sarce, Danny, Joel, Dom and all the boys in Green.

About attempting to knock Swindon off their lofty perch and starting the year with a win to fuel our promotion ambitions.

It makes the spine tingle, just thinking about it.

It would be a shame to miss that complete New Year’s Day Home Park match-day experience, would it not?

Make sure you get your ticket for the game now by going to www.argyletickets.com.