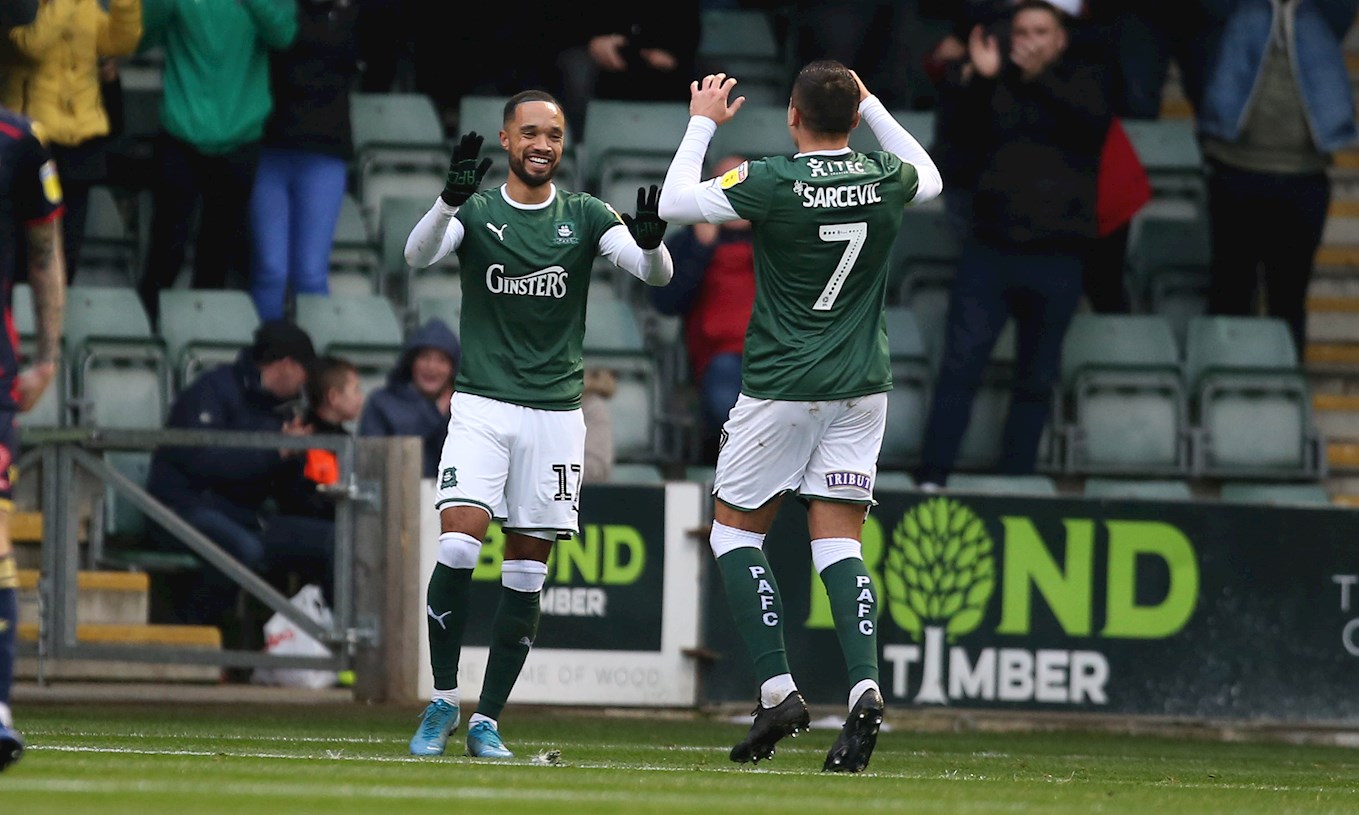 FITNESS and flexibility are the hallmarks of Byron Moore’s ever-growing influence on the Argyle team.

The former Bury forward started life at Home Park as exactly that, a forward blessed with effortless energy, but he has shown tremendous versatility as a right wing-back in recent weeks.

His deflected effort got the ball rolling for the Pilgrims in Sunday’s 2-1 win over Stevenage in Sky Bet League Two at the Theatre of Greens and Byron, along with George Cooper in the opposite wing-back role, has been a pivota figures in a positive festive period.

“Byron has been terrific for us,” said manager Ryan Lowe. “He’s playing down the right-hand side and there are not many people that have seen him get out of second gear, which is testament to him because he is so fit.

“He can run all day and that’s what he gives you. Let alone defensive duties, he also gives you attacking qualities as well and we’re pleased with him. We’re pleased with George as well, he tired a bit toward the end but he was terrific.”