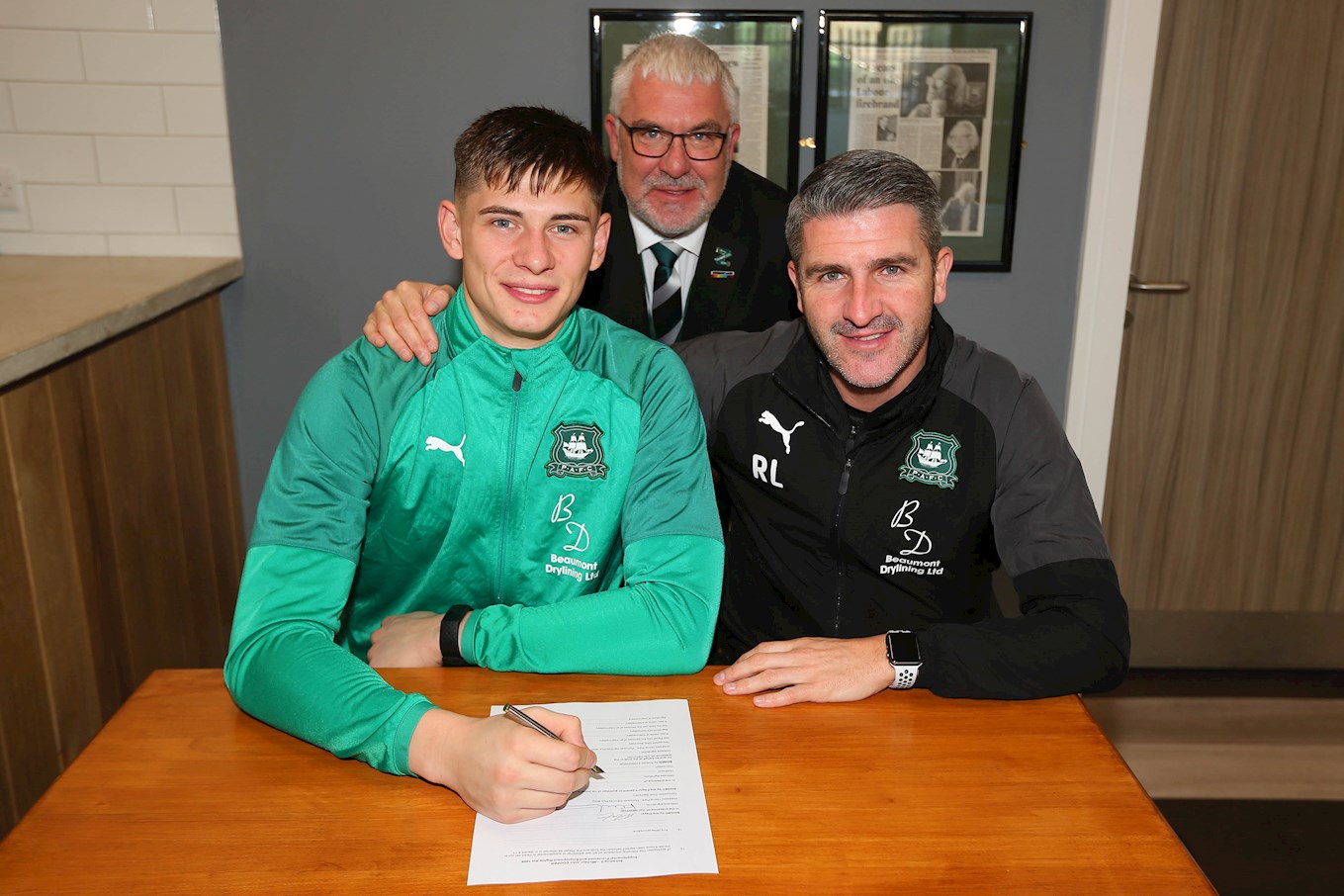 HIGHLY rated goalkeeping prospect Mike Cooper has signed a new and improved contract at Home Park, keeping him at the club until the summer of 2022.

Mike, 20, joined the club’s academy system at the age of nine, impressing throughout the age groups – most notably during the Pilgrims’ fairytale FA Youth Cup run, in which he kept a clean sheet against Premier League giants Manchester City in a famous shoot-out victory at the Theatre of Greens.

“We feel Coops has got big potential, he can go on and play at the highest levels,” said manager Ryan Lowe. “I have only come in this season, so it’s been five or six months, and I’ve seen his qualities. When I asked the board to back me on extending his contract, it was a no brainer.”

“We had to make sure we penned him down on a long-term contract, and he wanted to get it done; fair play to him for committing. We see Coops as being a big part of the future of Plymouth Argyle, and his chance will come if he keeps working the way he is.”

Cooper made his first-team debut at just 18 years of age, in the 1-1 Sky Bet League One draw away at Blackburn Rovers. ‘Coops’ replaced injured custodian Kyle Letheren at half-time, keeping the promotion-chasing hosts at bay with a number of fine stops in the second-half.

Largely limited to cup and reserve football since then, the former Plymouth College scholar was called upon in similarly trying circumstances on the final day of the 2018-19 League One campaign, replacing injured Matt Macey during the Pilgrims’ 3-2 win over Scunthorpe United.

Upon his arrival at Home Park in the summer, manager Ryan Lowe awarded Mike with the no.1 shirt as an acknowledgement of his potential. That potential was once again on show during the Pilgrims’ under-23 Premier League Cup draw at Everton, where Cooper put on an individual performance so spectacular that the Toffees’ under-23 manager David Unsworth sought him out to congratulate him post-match.