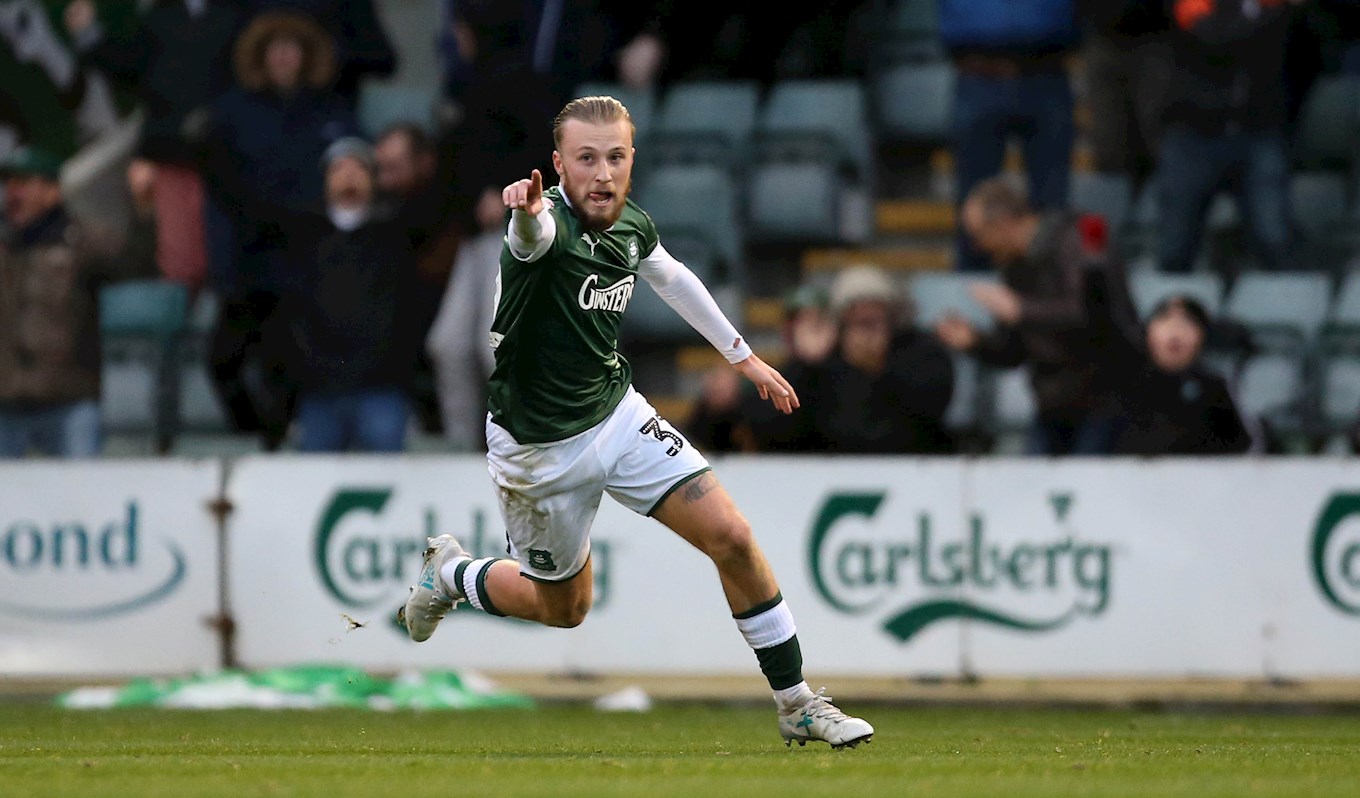 GEORGE Cooper is willing to play anywhere after his position change to wing-back reaped more reward with the opening goal in Saturday’s 3-0 victory over Morecambe in Sky Bet League Two.

Cooper has played at both right wing-back and left wing-back in his last two games for the Pilgrims, which has not been his regular position since his arrival at the club. However, the position change seems to have helped him find a way into the team.

The man on loan from Peterborough enjoyed a run in the side earlier in the season but the competition for places means that patience is a virtue for all Greens.

“I can play there [wing-back] because of the way I play but I have just got to find a way to get in the team,” he said. “I did [play] at the start, when I first come, then I came out of the team and the team were winning, which is just football.

“I spoke to the gaffer and I’ve got a close relationship with him, so I trusted what he said. Now my time has come and hopefully I can kick on.”

With Coops playing the way he has been, it has certainly made it difficult for manager Ryan Lowe to select his squad. Recently, George has been on starting on the bench behind the likes of Danny Mayor and Antoni Sarcevic.

“I’ll play anywhere, I don’t mind, as long as it is not centre-half. I honestly don’t mind playing anywhere, as long as I am in the team and winning. When your chance comes, you have just got to take it with both hands.”