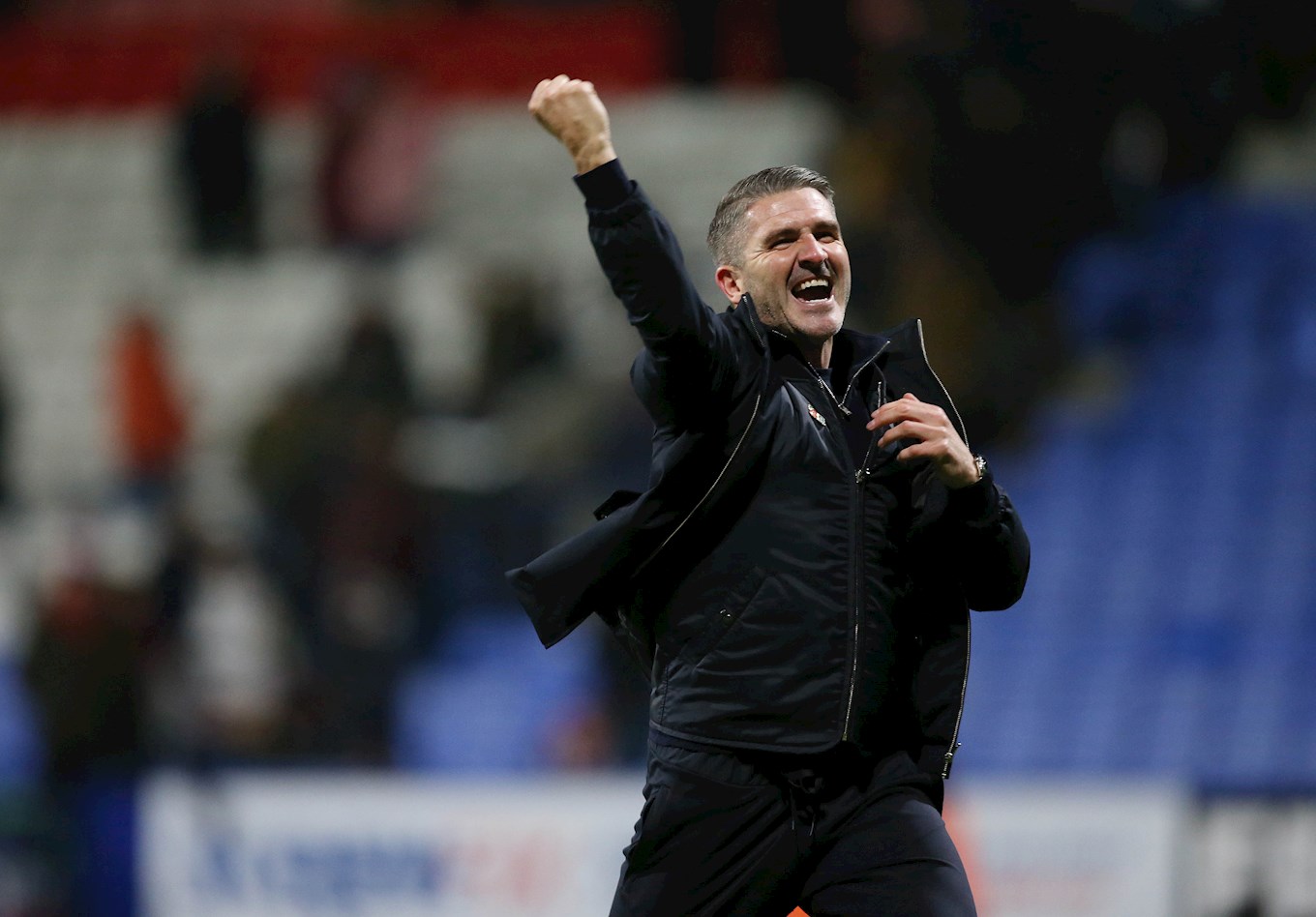 ARGYLE manager Ryan Lowe is embracing the opportunity for his team ahead of today’s FA Cup showdown at Bristol City.

A Pilgrim victory will give us a place in the third round draw and the potential meeting with one of the Premier League big boys, but the Greens must first overcome this sizeable Westcountry hurdle at the Memorial Stadium.

Argyle have already drawn with Graham Coughlan’s Pirates in the Leasing.com Trophy this season and Ryan is well aware of the threats posed by our League One hosts.

“We will just focus on the game and not worry about the bigger picture because you can’t get too carried away,” said Ryan.

“We have to focus on a good team in Bristol Rovers to get into the hat for the third round and even then, you’re still not guaranteed to get a big-hitter. For us, we will just concentrate on the football.

“I don’t think it [Trophy game] has an impact because we already know what they’re about but they’ve changed formations so many time. All we’ve got to worry about is what we do. If we stick to what we do, we know we’re capable and they will feel the same.

“Graham [Coughlan] is a good guy and he’s got his team well organised, playing some good football. They can play direct as well because they’ve got a big striker in Jonson Clarke-Harris and a lot of good players.

“He will be saying the same thing about us because we’ve got some good players. The respect levels from both teams and both managers is there, and the football clubs.

“There is a bit of rivalry there and we will be concentrating on the football to hopefully get through to the third round.”

The Green Army will once again play a significant role at the Memorial Stadium, with their sensational support sure to help generate an electric atmosphere.

“We need them in their numbers and they’ve done that again,” said Ryan. “We know the support we will get and we have the utmost respect for that.

“It is a derby-type of game and we’ll be going there to put on a performance. Hopefully, we can give the Green Army something to shout about.

“We will be up for it and I try to say it’s just another game, but I get that a derby is not just another game. I’m learning that quickly and we have to go about our business because, if we do that, we’ll be fine.

“I’m not taking anything away from Bristol Rovers, they are a very good team and effective in what they do. They will be up for it as well, a second round FA Cup tie and 1,800 fans travelling to roar us on.”