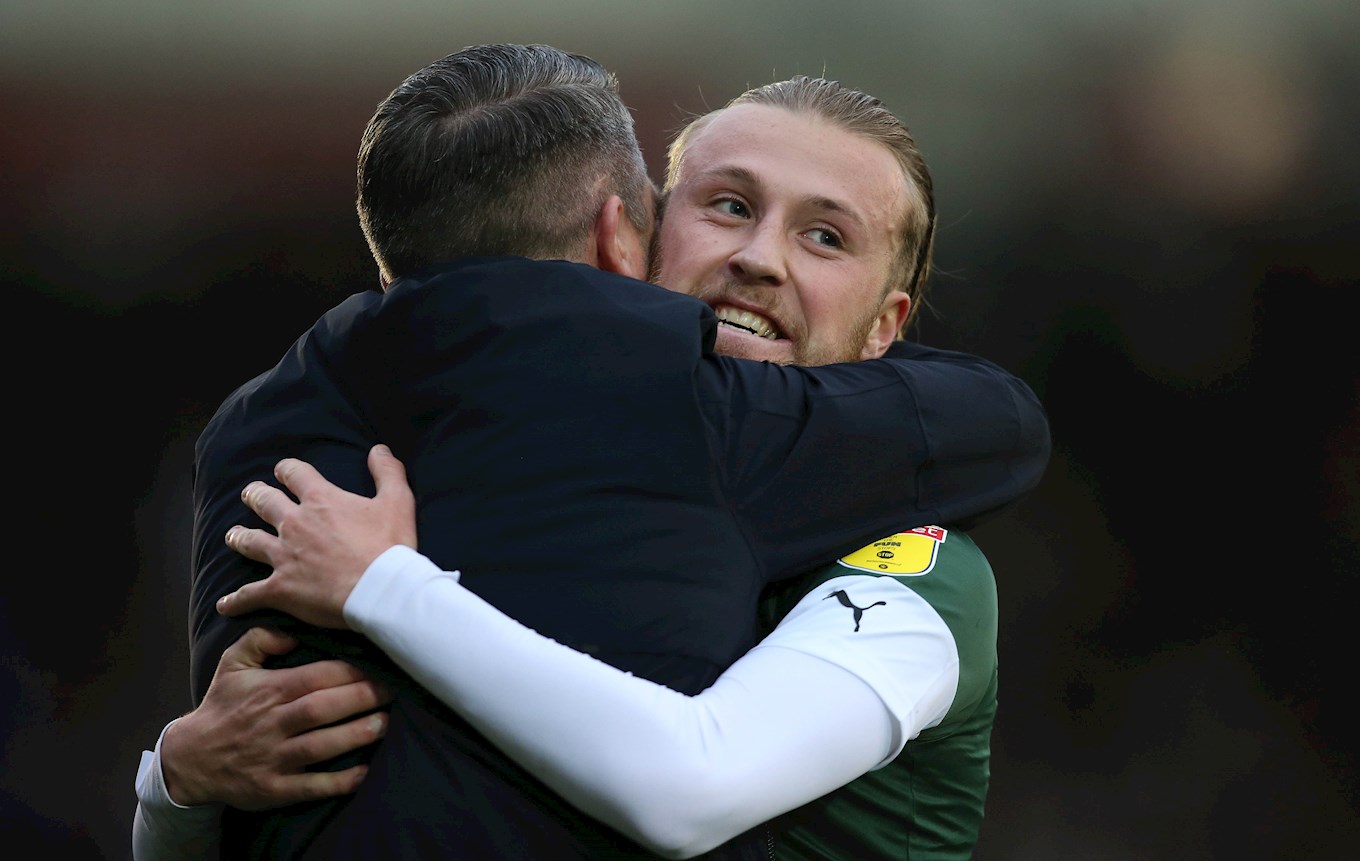 THE performance of George Cooper in the weekend victory over Morecambe rightly won him the man-of-the-match award and manager Ryan Lowe is delighted with the form of his player on loan from Peterborough.

Coops enjoyed a run in the Argyle side in October and has worked in the gym with the head of fitness and conditioning at Home Park, John Lucas, with the reward a starting berth at left wing-back.

After scoring the opener against Morecambe with a sublime free-kick, Coops also teed up the third goal for Conor Grant in the last minute.

“George is a good lad and a good footballer,” said Ryan. “We threw him in at the deep end because he hadn’t played many games.

“He played four games on the bounce in ten days and he found it tough. He was tired and John [Lucas] got him up to speed, but then Danny [Mayor] was performing well.

“Last week [at Cambridge] showed me what he’s got and he gave me a selection headache. He produced again and I think it [the celebration] was a thank-you for me putting him back in the team. It’s great when that happens because it shows the unity and togetherness.

“At the moment, Fadz [McFadzean] has got a niggling injury and it’s George’s place to lose now. He’s got to do the dirty work as well because there are times when he will be penned back the other way, but he can certainly do that.

“He deserves it [man-of-the-match]. He’s got a goal, an assist and spanked a few shots over the bar.”