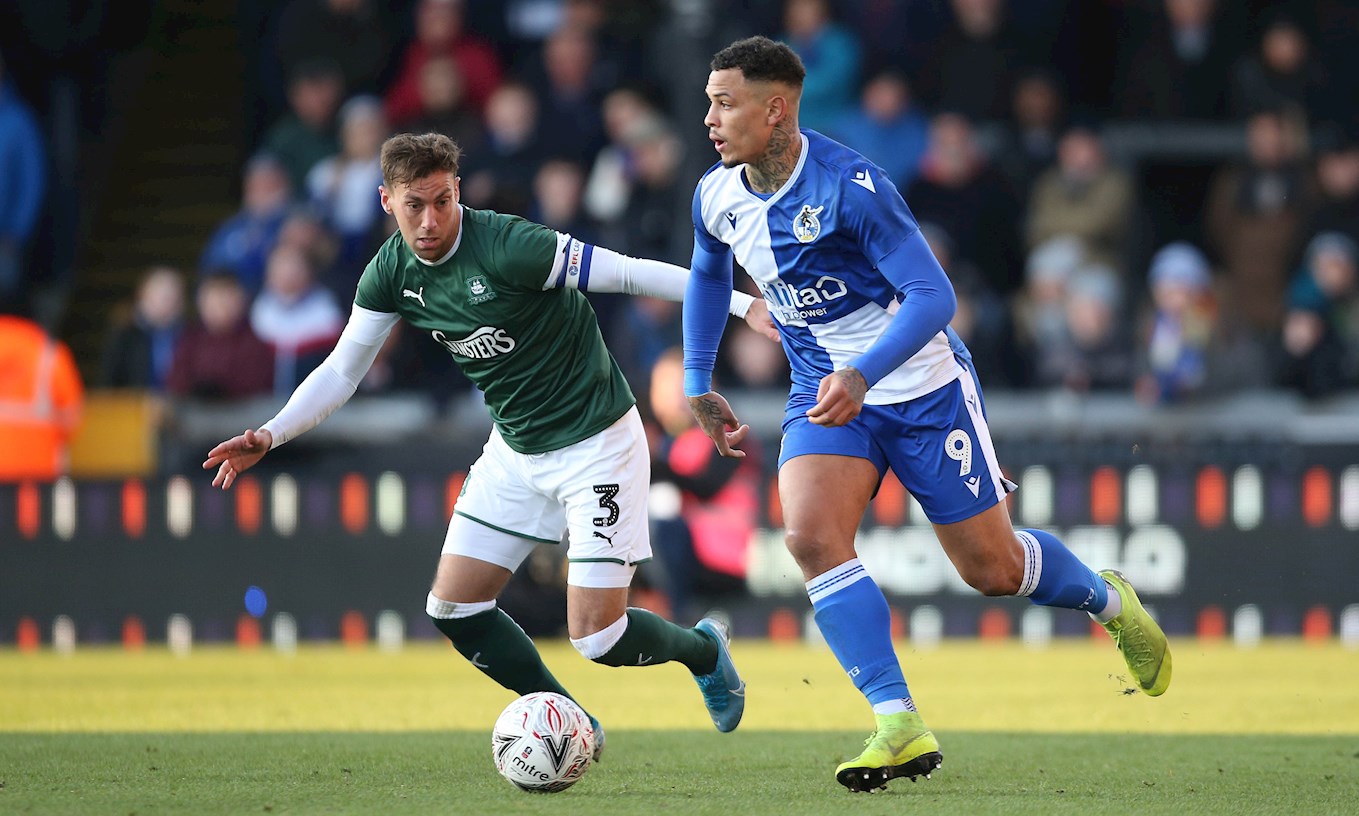 After falling behind late in the game, Antoni Sarcevic equalised with a penalty and then had a second spot-kick in injury time, but this effort was saved, forcing a replay at Home Park next week.

“I think, especially in the first half, we played really well,” said Gaz. “We probably just needed to be a bit more clinical up top and just put one or two of those chances away, it could have been a different game then.

“Credit to the boys, we fight back, and we nearly got ourselves to the win that we wanted, in the end, but unfortunately it wasn’t meant to be.”

Rovers saw themselves 1-0 up in the 73rd minute through a strike from Liam Sercombe, and Gaz conceded it was good work from our hosts but also stressed how he felt Argyle could have been awarded more than two penalties.

“We couldn’t get anything on it to try and block it or anything which we had done throughout the whole game, we just couldn’t get that one and that added to a frantic end, for the last 15 minutes or so.

“I think potentially there was another penalty or two in the game for us but unfortunately it was one of those things, that’s a hard thing to take.

“I thought the [foul] on Danny [Mayor] before was more of a penalty, from where I was standing, than the one when he got brought down. He drives into players, Danny’s great at that, so it’s just unfortunate that we couldn’t get the win.”

When Argyle were fighting for their chance to bag a goal, it was obvious there were some routines from training taking place on the field, which all seems to be paying off when put into the performance.

The most noticeable were from corners and the crosses into the box, with meticulous pre-match instruction from manager Ryan Lowe and his coaching team of Steven Schumacher and Kevin Nancekivell.

The captain very nearly benefited with a couple of promising forays into the Rovers’ penalty area in what was a thoroughly entertaining Westcountry derby.

“It’s something we work on,” said Gaz. “Gaffer, Schuey and Nance are really detailed with their preparation for stuff like that.

“They saw an area that we think we can get into, it was nice for me to be the one to get the call to try and get it in, but it was a good block in the end.

“It’s always a little bit feisty, it’s a derby game for us as such and it was a good game but finished in a mad way.

“We’ve got a replay now and, for both teams, we can look at the draw on Monday and we’ll know the incentive for the next game.”