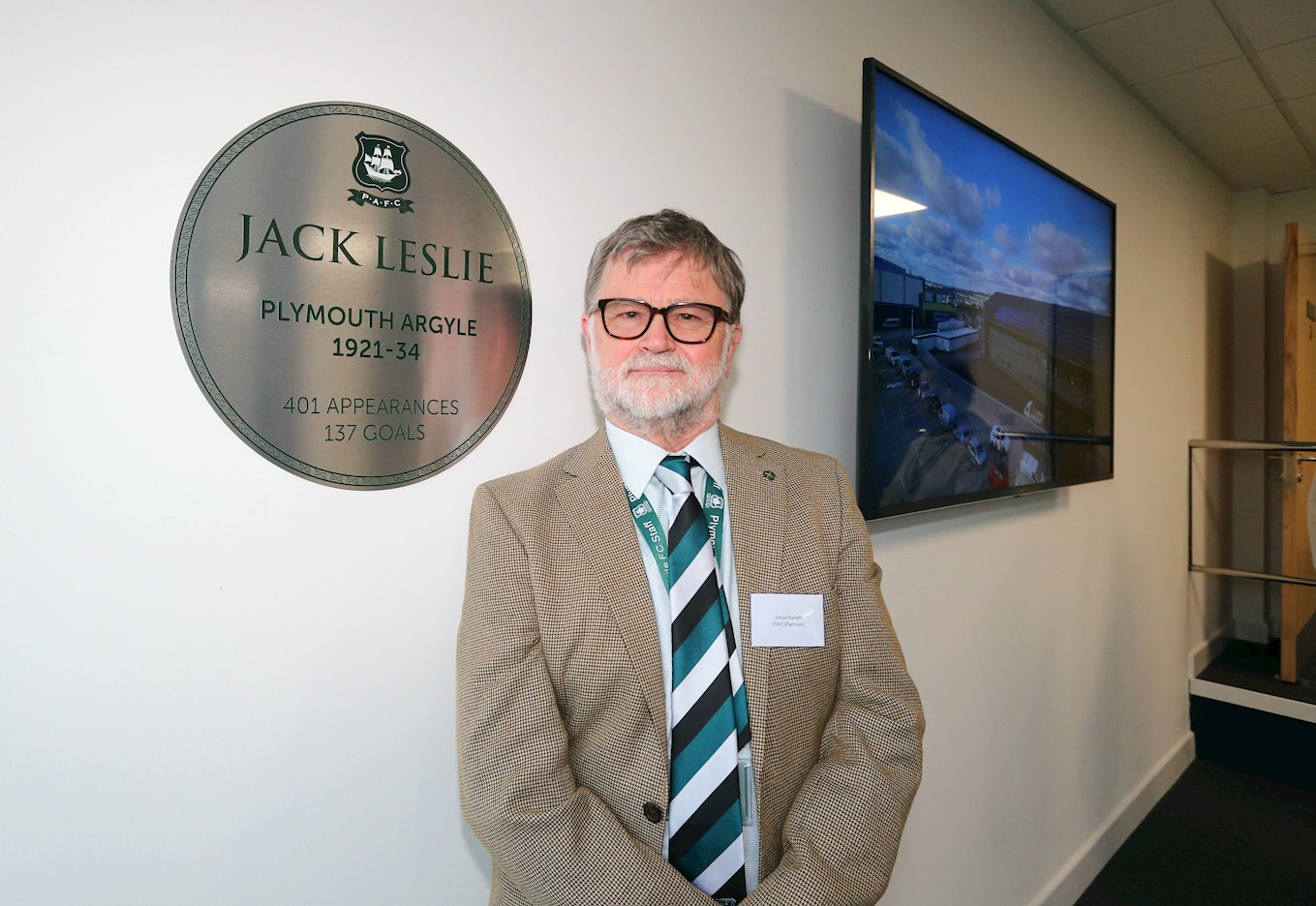 IT is an absolute privilege for all of us at Home Park to name the Boardroom in the new Mayflower Grandstand in honour of the great Jack Leslie.

A pioneer of football and a player forever enshrined in the Argyle record books, Jack Leslie spent his entire career as a Pilgrim. We are now looking to find members of his family to help us pay further tribute to this great man.

Jack passed away 30 years ago and spent his retirement in London, working for many years behind the scenes at West Ham United.

If anyone is aware of any contact details for Jack’s family, we would like to invite them to the new Jack Leslie Boardroom at Home Park to enjoy a first-team game from the comfort of the Boardroom named in his honour.

Please send any details to our head of communications Rick Cowdery on rick.cowdery@pafc.co.uk

Born of a Jamaican father in 1901, Leslie grew up in Canning Town, London. He signed for Argyle from Barking Town in 1921 and, at that time, was one of only a handful of black players playing in England during his time as a Pilgrim.

In his first couple of seasons in Green, he struggled to hold down a place in the side. The arrival of Sammy Black, coupled with a change of position – from centre-forward to inside-left – saw a drastic improvement in his performances, and a formidable bond was immediately formed between him and Sammy.

In 1922, Leslie’s displays on the left-hand side of the Argyle attack began raising eyebrows, so much so that he was on the fringes of an England international call-up. He remained consistently eye-catching and was finally rewarded for his form, or so he thought.

Leslie was informed by his Argyle manager Bob Jack that he had been selected to play for England, recalling later how he was “knocked sideways” upon hearing the good news.

However, he subsequently received communication cancelling his call-up and, when the squad was formally announced, Billy Walker, of Aston Villa, had taken his place. Jack never again was given the chance to play for his country.

Years after the incident, when he was part of the backroom team at West Ham United – his local team – Leslie claimed that: “They [the selection hierarchy] must have forgotten I was a coloured boy” as the reason why he was dropped.

He said: “I did hear, roundabout like, that the FA had come to have another look at me. Not at me football but at me face. They asked, and found they’d made a ricket. Found out about me daddy, and that was it.

“There was a bit of an uproar in the papers. Folks in the town were very upset. No one ever told me official like but that had to be the reason; me mum was English but me daddy was black as the Ace of Spades. There wasn’t any other reason for taking my cap away.”

Leslie should have been the first black player to play for England; instead, England had to wait more than 50 years to see the first black footballer represent their country – Nottingham Forest’s Viv Anderson against Czechoslovakia in a friendly at Wembley in 1978.

In the 41 years since, since then, 91 BAME players have represented England.

Simon said: “One of the club’s values is respect, which means that we will do our upmost to eradicate discrimination on any grounds.

"So, I think it is important that Argyle as a value-driven club demonstrate that we are committed to stamping out racism and that commitment starts at the very top hence naming the Boardroom – where the big decisions at Argyle are
taken – after Jack Leslie.”