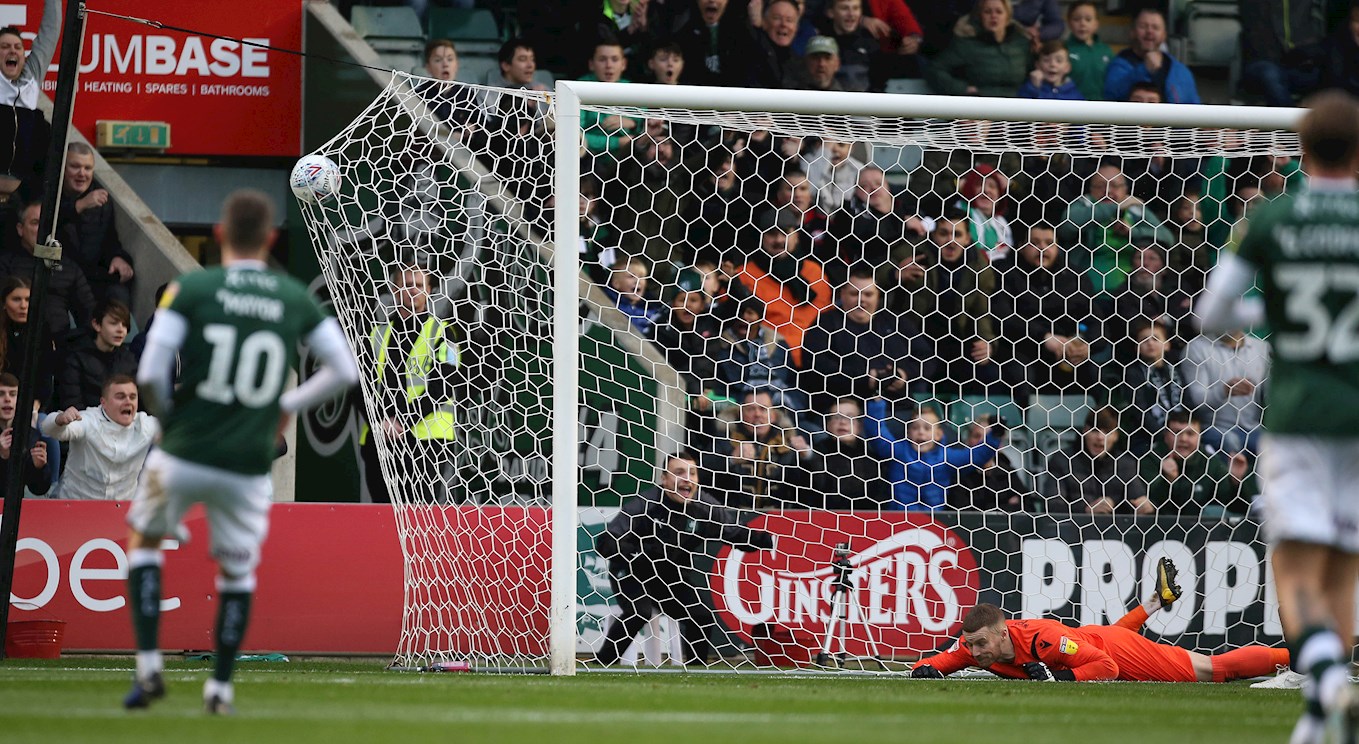 THE importance of scoring goals from every department was perfectly evidenced in the dramatic 2-1 win over Stevenage at Home Park.

Byron Moore, playing at wing-back, opened the scoring with a deflected strike and then defender Niall Canavan grabbed the points with a last-minute winner after Elliott List had levelled on the hour in a gripping Sky Bet League Two encounter.

While the goals are being spread around, striker Billy Clarke is one man thoroughly deserving of his first goal in Green after another fine display in the vanguard.

“Strikers will get the plaudits and also get criticised as well,” said manager Ryan Lowe. “You have to take the good with the bad and Bill is probably chomping at the bit to get a first goal, along with the other lads as well.

“There is big pressure on them, in front of 12,000 every week, probably a bit more [on New Year’s Day] and there is pressure on everyone’s jobs. You can see the fitness, desire and commitment they put in. One will come off someone’s backside and then they will be free-flowing. Fair play to them all.

“If the strikers are not firing on all cylinders, you want goals from all over and it’s a big positive for us. You want the goals to come from all different angles, and they certainly are.”