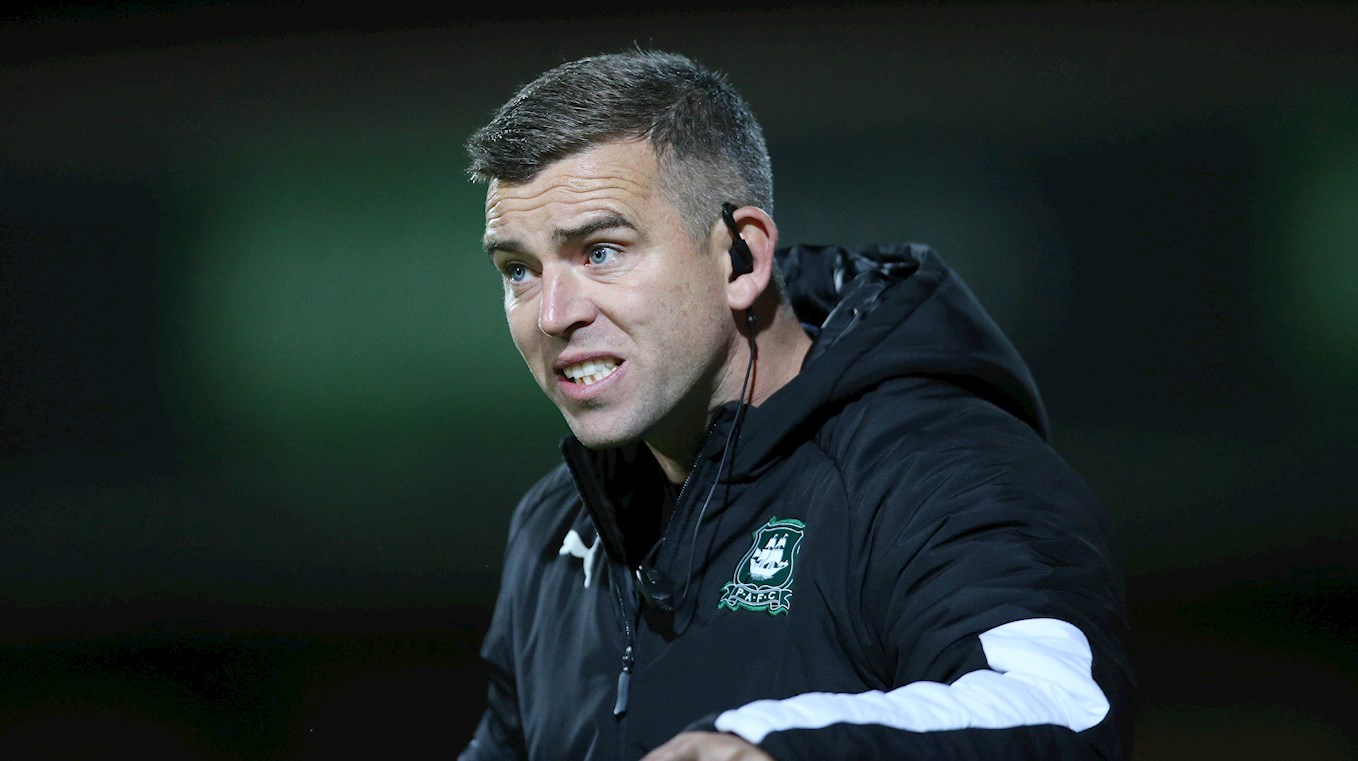 ARGYLE assistant manager Steven Schumacher believes the players are all ‘in good spirits’ this week and will bounce back from the midweek defeat to Bristol Rovers in the FA Cup replay.

“We addressed certain things but, of course, we were quite pleased with the way the team played,” said Schuey.

“I think everyone has said the same thing – I don’t know how we didn’t score. At the end of the day, that’s what the game’s all about – putting the ball in the back of the net.

“We created chances, got into those all-important positions to score from, but unfortunately it just wouldn’t go in on the night.

We work on things such as passing out from the back, creating chances in midfield, the strikers putting the ball in the back of the net in training – it’s just easier said than done sometimes when the pressure is on in-game.”

Schumacher was very clear to emphasise how he and [manager] Ryan [Lowe] are not worried about the defeat and believe in the players to quickly bounce back at Macclesfield Town tomorrow.

“The players are in good spirits, they’re in good form at the moment and playing well,” he said. “I’m sure the goals will come.”

Please note the game going ahead at Macclesfield Town is still subject to confirmation from the EFL, due to safety concerns at the Moss Rose Stadium.