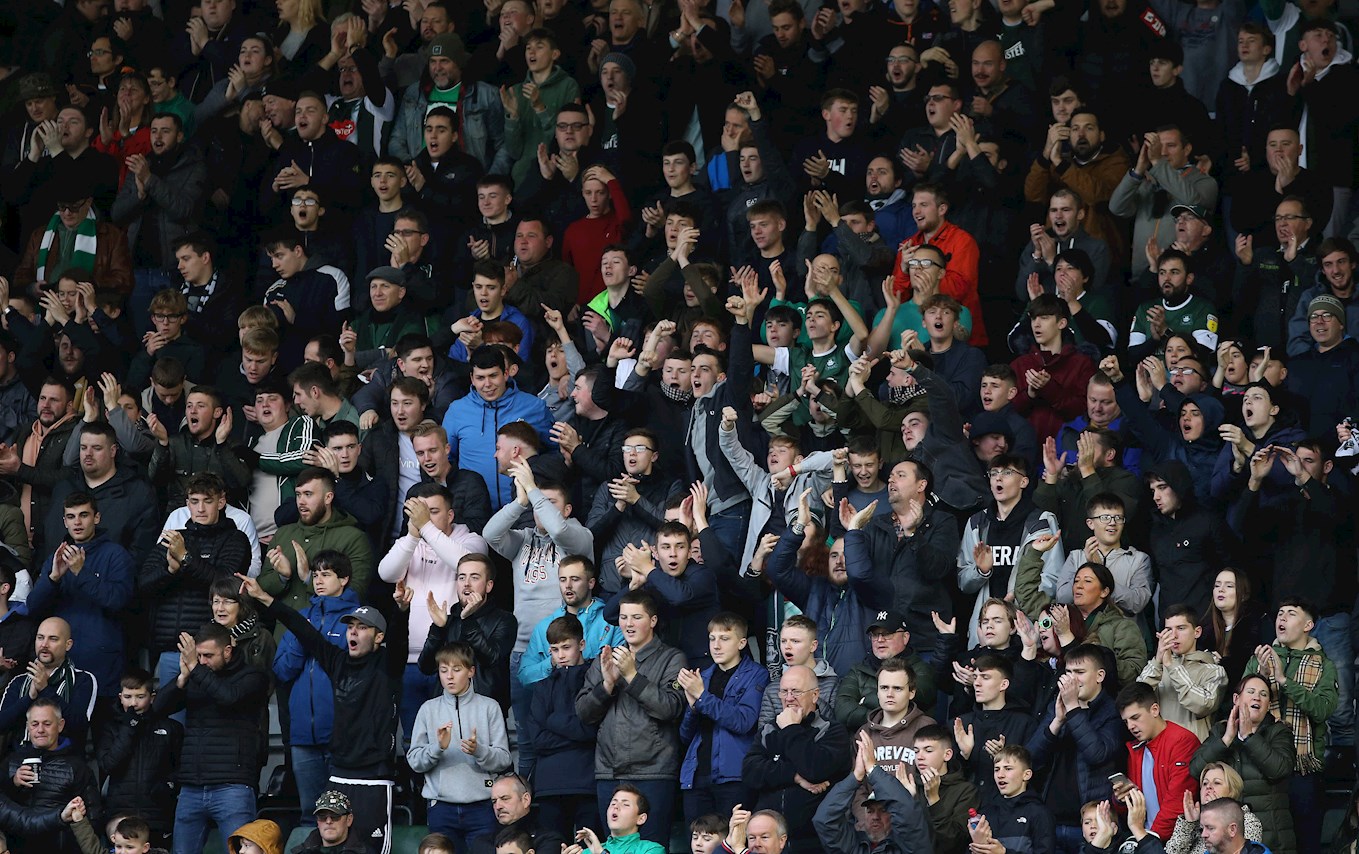 THE Green Army are set to light up Home Park over the next few days, as two massive Christmas fixtures will complete the full opening of the magnificent new Mayflower Grandstand.

A bumper crowd is expected for the visit of Stevenage tomorrow and then the Grandstand is completely open for the meeting with Swindon on New Year’s Day.

For manager Ryan Lowe, it is the culmination of one of his major motivations for becoming Argyle boss in the summer.

“One of the main reasons I took the Plymouth Argyle job was because of the fanbase and we know it is going to be exciting,” he said.

“I think we’ve sold around 11,000 for Stevenage, could be more. We want that support, we love it and before I got here, I spoke to some of the lads about the Green Army and the way they are in games.

“It’s no surprise and it’s going to be great. We can’t have it [the Grandstand] full for Stevenage but we can for the Swindon game, and the more the merrier. I’ve said from day one that we’ll get this place bouncing.”

While the year has brought many ups and downs for Argyle, Ryan’s own experiences have been a rolloercoaster as well.

He famously steered Bury to promotion, despite a financial crisis that eventually led to the Shakers being expelled from the EFL. Ryan then moved to Argyle in the summer and is now part of an exciting new era for the Pilgrims, on and off the pitch.

“There is stability all around the club. We’ve had new Directors come on board, we’ve had the new Grandstand, [Director of Football] Neil Dewsnip has come on board and I’ve brought in my own staff.

“We’re all going in the right direction, the players are going well. It’s going good off the field and on it. We’ve been saying from the start of the season, and I’ll keep saying it until we get to where we want to get to, we are a work in progress.

“It is coming to fruition, you can see where we’re going and what we’re doing. The results come with that, the 1-0 wins away from home are very good. You go to Cheltenham and beat them 1-0, when they’ve only lost one in around 20, it is very pleasing.

“We’ve got two games in hand as well but we’ve got to keep taking each game as it comes and, hopefully, we can continue that form.”