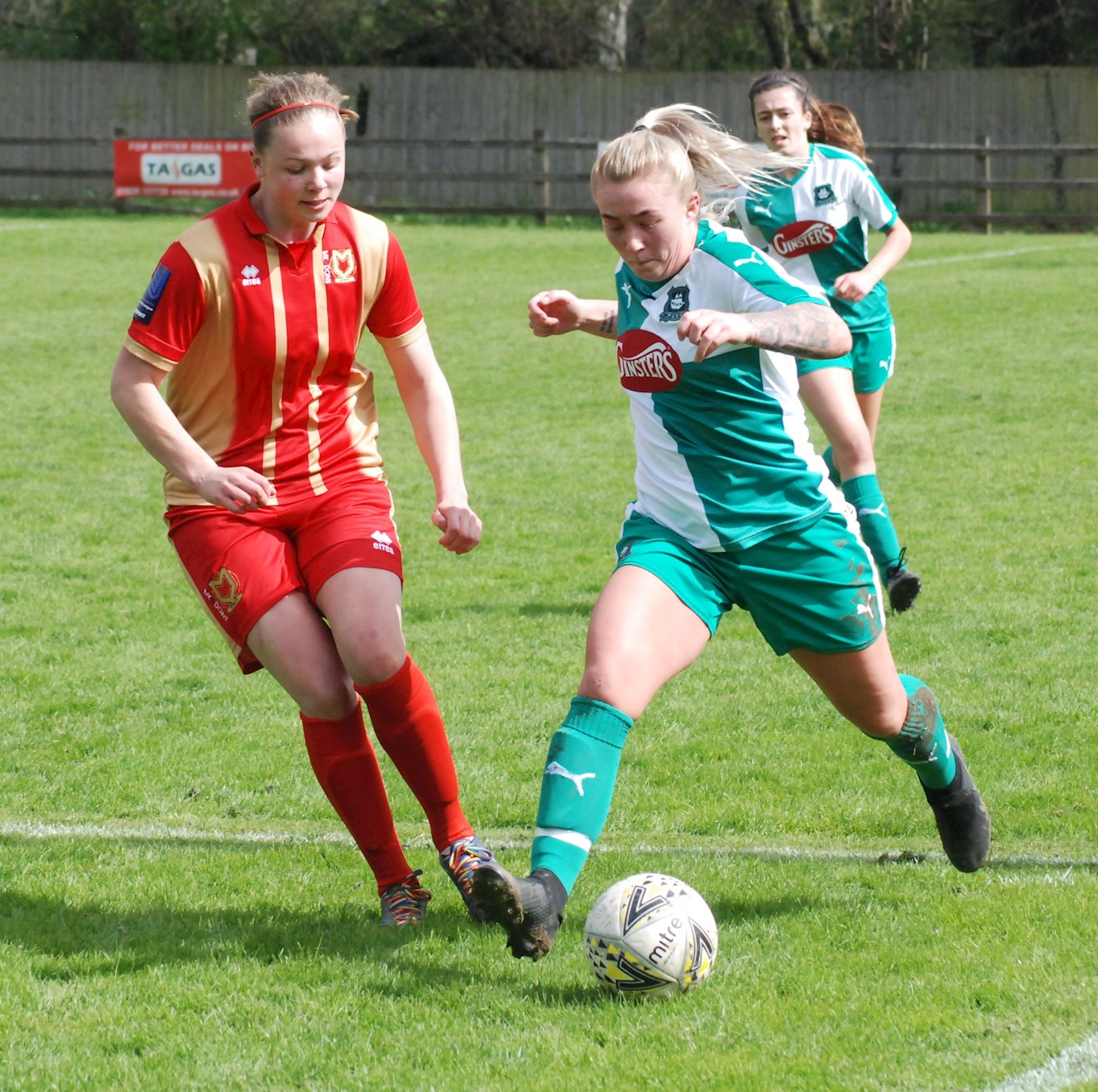 SUNDAY represents one of the historic days in the Plymouth Argyle story, as the brand new Home Park Grandstand opens its doors to the Green Army for the first time.

Argyle Ladies face their toughest challenge of the season when they entertain National League Southern Division leaders Watford at the Theatre of Greens, with a 2pm kick off.

Manager Dave Leonard is fully aware of the magnitude of the day, as he said: “It’s the old cliché, don't play the occasion, play the game, so fingers crossed we will all be all prepared to go out there and get a good result. Let’s get the three points.”

Watford, just like last week’s opponents Oxford United, recently dropped out of the Super League and are making great strides to get back to their former glory days. Argyle are in a rich vein of form and are looking to make it 12 straight league and cup wins while Watford have won their last eight games so a titanic struggle is expected.

One person Argyle have to be careful of is Welsh International striker Helen Ward, who is Wales’ all-time top scorer with 42 goals in just 70 international appearances. The striker started her career at Watford before playing at the highest level for Arsenal, Chelsea and Reading, returning to Watford two seasons ago and has scored 51 goals in 132 league appearances. Another player to be watch will be former Spanish youth international and Spanish futsal international Andrea Carid.

Argyle are also not short of class of their own, as they also have a Welsh international in Helen Bleazard, who played 43 times for Wales, while top scorer Natasha Knapman has netted 178 goals in a superb career. Another boost is the return of midfield dynamo and England under-20 international Jessica Jones.

It will also be a special occasion for flying winger Amber Pollock, who, if selected, will be playing her 100th game for the Pilgrims. Knapman has already knocked in 20 goals this season but has been ably supported by five goals each from Zoe Cunningham, Becky Dandridge, Jessica Jones and Helen Bleazard.

Captain Kate Middleton missed out on last week’s FA Cup win at Oxford United and, with Becky Kyle still sidelined through injury and will once again don the gloves, while Vicki Fannon, who did a great job between the sticks at Oxford, returns to her coaching duties. Argyle welcome back Jessica Jones after a two-week break and have called up flying teenage winger Beth Everson from the Development squad.

Meanwhile, Argyle’s Development squad are top of the FA Women’s South West League Western Division and they travel up the A38 again at Exeter & Tedburn Rangers who they have already beaten twice this season.

They have a few injury concerns with the absence of Rachel Heron ankle injury and Leah Johnson. Young midfield starlet Kiara Robins trained in midweek, despite limping off in the first half of last week’s game. Argyle also welcome into the squad Greece International Panagiota Papaioannou, who is getting back to match fitness after injury.

Manager Rob Bonney commented: “The girls were pushed to the limits in training this week and they all looked sharp. They are all pushing for a starting place, which is a great problem to have.”

Bottomley and Ryan Lawton for the first time this season. Bonney continued: “Gary and Ryan have a very successful track record in girls’ junior football and the club feels it’s time for them to dip their toes into the Senior game.”