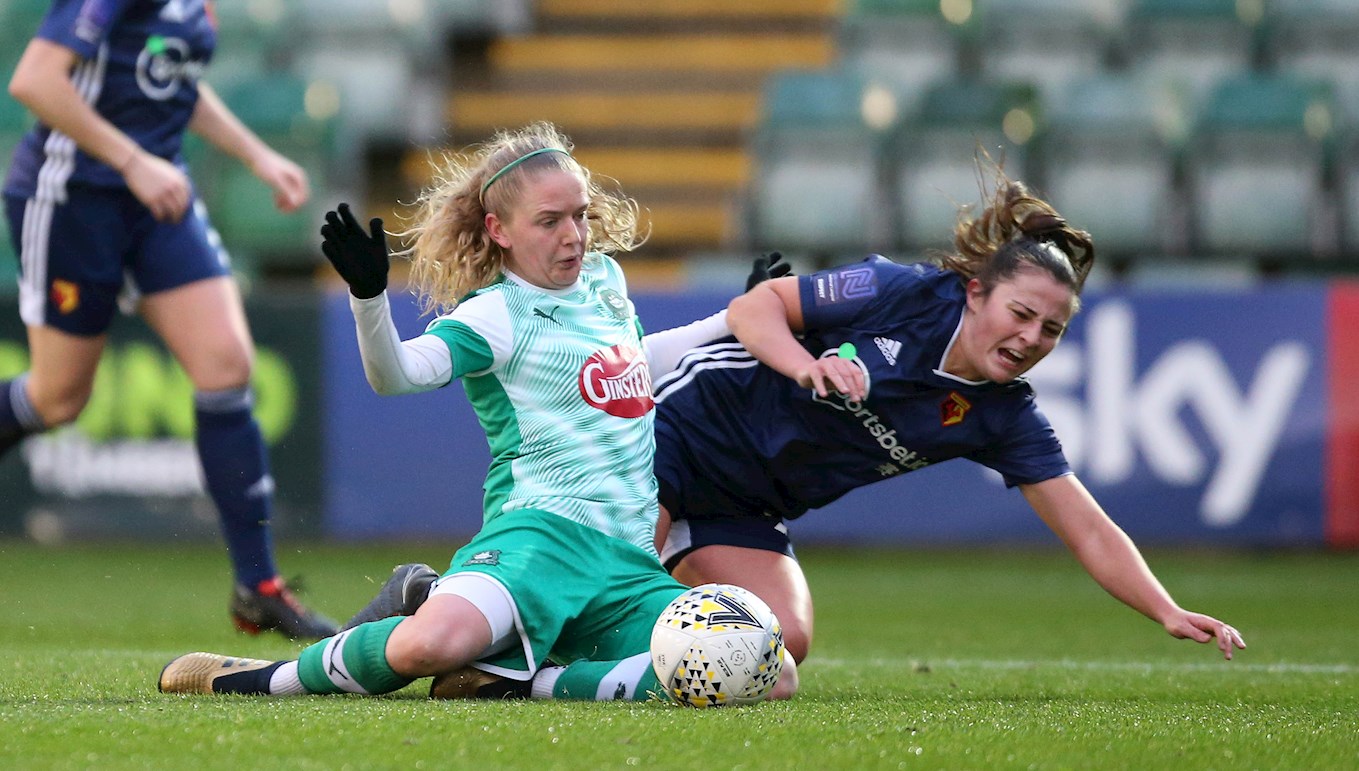 ARGYLE Ladies head for Oxford United on Sunday, knowing only a win will keep them in the hunt for the FA Women’s Premier League Southern Premier Division title.

The Pilgrims need to get back on track after going down 5-4 against Watford at Home Park in front of 800 fans, the fourth highest gate in the whole of the country for women’s football last weekend.

Reflecting on the Watford match, manager Dave Leonard said: “The supporters were fantastic and the more games the girls play here at Home Park, the less daunted they will become. A massive thank you to chairman Simon Hallett and the Board, and all the volunteers who came out.”

Late goals saw Argyle to a 4-3 win at Oxford to earn a third round FA Cup tie at Watford on January 5 and the league match at Oxford will be the last match before the New Year, and extremely important, as a win will keep them continuing their efforts to win the league title.

“We have a late fitness test on a couple of the girls but apart from that everyone trained (Wednesday) there were good numbers, so lets see what we get,” said Leonard.

“Last Sunday, three points was crucial - this Sunday, even more so, these are the most important three points of the season without any shadow of a doubt. We need to make amends and get back to basics and get it right. Our season wasn't defined in one game.”

Leonard wanted to say a word about captain Katie Middleton who he couldn't praise highly enough. Middleton has stood in for injured goalkeeper Ben Kyle and has been in outstanding form, including pulling off some superb saves against Watford.

Leonard said: “She [Katie] is just an amazing human being in herself - she is Plymouth Argyle through and through. I can put her on a pedestal and say she is the greatest Plymouth Argyle Ladies player we have ever had, she has come back fitter and stronger.”

It has been a remarkable season for Argyle in cup competitions, as they have now been drawn away to Buckland Athletic in the semi-finals of the Devon Senior Cup. Taking in to account the FA Cup visit to Watford, Argyle will have played six out of seven Cup ties away from home.

There is no match for the Development team in the FA Women’s South-West League Western Division until January 5 when they visit fellow title challengers Feniton.