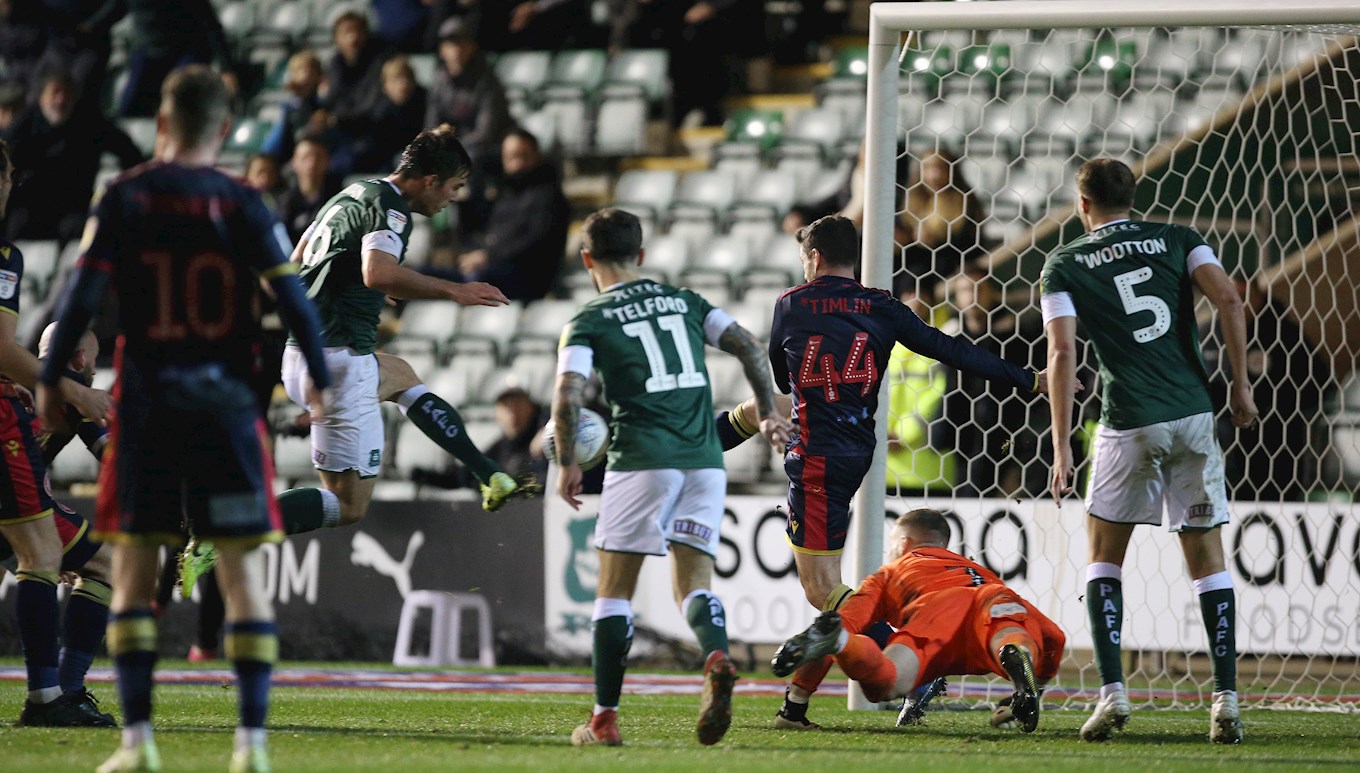 Mechanics of a Winner

NIALL Canavan certainly backs himself in both boxes of a football pitch and was delighted to show some striker’s instinct with a late winning goal against Stevenage in Sky Bet League Two on Sunday.

The centre-back picked a good time to net his first goal of the season, securing a 2-1 win to see off 2019 in style with his last-minute strike. Niall also had a part to play in Argyle’s opener, picking out Byron Moore with a raking long ball, whose cross was deflected in by Stevenage’s Tyler Denton.

Elliott List equalised for the visitors in the second half, setting the stage for Canavan to send Home Park into raptures, slotting home after Conor Grant’s cross was not dealt with. As Niall mentioned, once he saw the ball at the feet of substitute Grant, he knew exactly what to do.

“I try to stay up as long as I can, when I’m up there,” said Canavan on heading forward late in the game. “I’m our biggest lad, so I’m probably going to take someone out, or I’ve got a good chance of winning it.

“It depends who it goes back to because some aren’t going to consider putting the ball back in. For a second I thought we wouldn’t, but when I saw Conor had peeled back out to the left, I thought I’m getting back in here.

“I told Dom [Telford] to make a run off the back of me because there’s normally a hole behind me. It went to the ‘keeper, who I think hit Joel [Grant] at the same time. Joel’s got a whack on his eye, and it’s dropped nicely.

“I’ve been saying for ages that I can sniff them out. Thankfully, I was there to put it in today.”

The Pilgrim winner came after a sustained spell of pressure, with Stevenage’s defenders dealing with cross after cross. As a stoppage-time free kick for Argyle was headed clear, Canavan considered retreating back to his defensive duties, but thanks to having faith in Conor’s crossing ability, and diligent work from namesake Joel Grant, Canavan was in the right place, at the right time.

“I did think a couple of seconds before: ‘Should I go back?’ But I stuck around”, said Niall. “It came to Conor and he puts a good ball in. I think Joel’s taken a smack off the ‘keeper, instead of him punching the ball, and it’s dropped down to me, Johnny on the spot, and I stick it in.

“I thought about heading it because obviously that’s my first thought when I’m up there. It just bounced, and, as everyone said, time just seemed to take forever. I just thought: ‘Lift it over him, hit the roof of the net, hit anything, just don’t hit him’, and yeah... tidy one.”