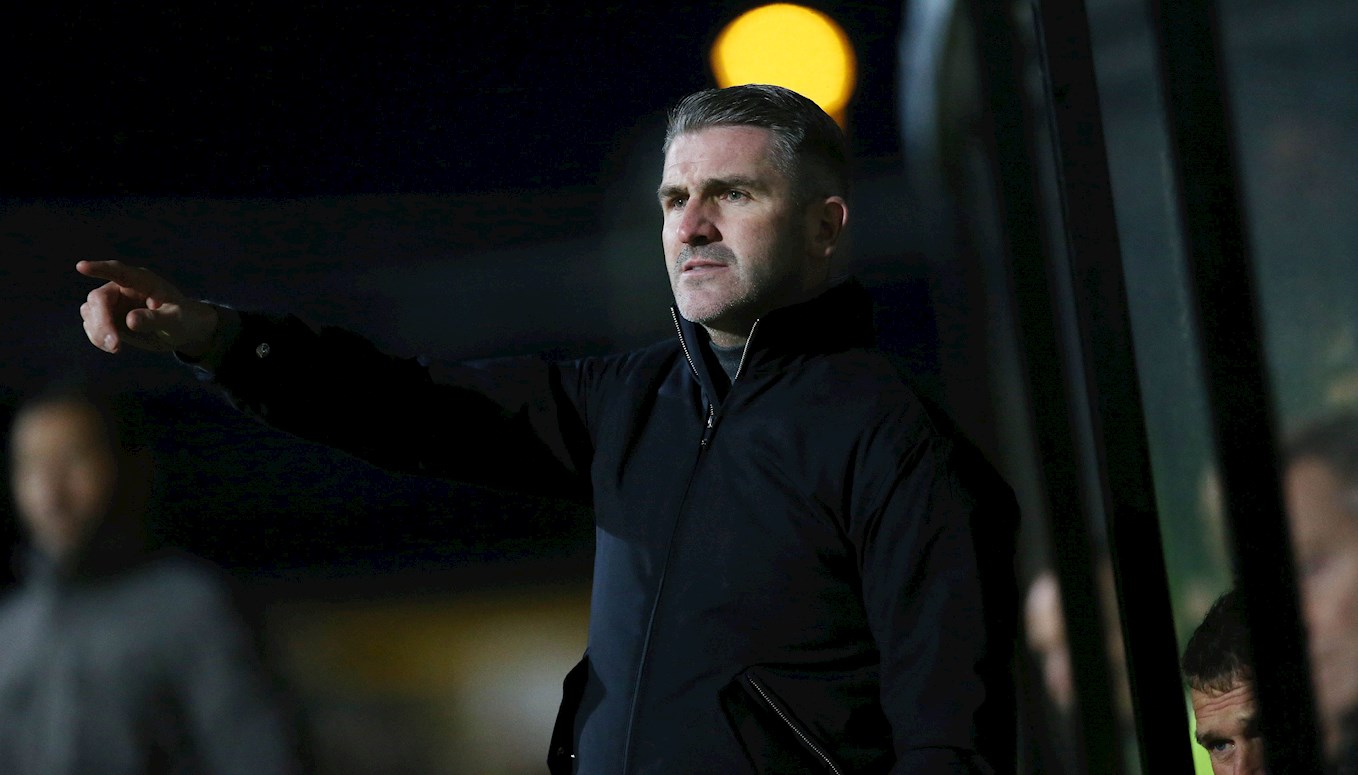 In a strangely subdued display after a sparkling recent run, the Pilgrims were a long way from their normal standards in the opening 45 minutes and deservedly fell behind to a goal from Cambridge full-back Kyle Knoyle.

Manager Ryan Lowe was far from happy with the first-half display and, despite a vast improvement after the break, Argyle were unable to find an equaliser.

“The first-half was nowhere near good enough and we expressed that at half-time, hence the second-half was a lot better,” said Ryan.

“You can’t have too many of your big players off [their game] and fair play to Cambridge, they go about their business in the right way, they were aggressive, move the ball quick and we couldn’t live with it.

“We were the better team in the second-half but didn’t quite have that quality [to score]. We were feeling confident and in good spirits, but I’ll always say that we are work in progress.

“At times, you look a very good team, then you falter a bit, then look a good team again. It is the inconsistency of the league but we need to find that balance and, once we do, there will be a smoother ride.”