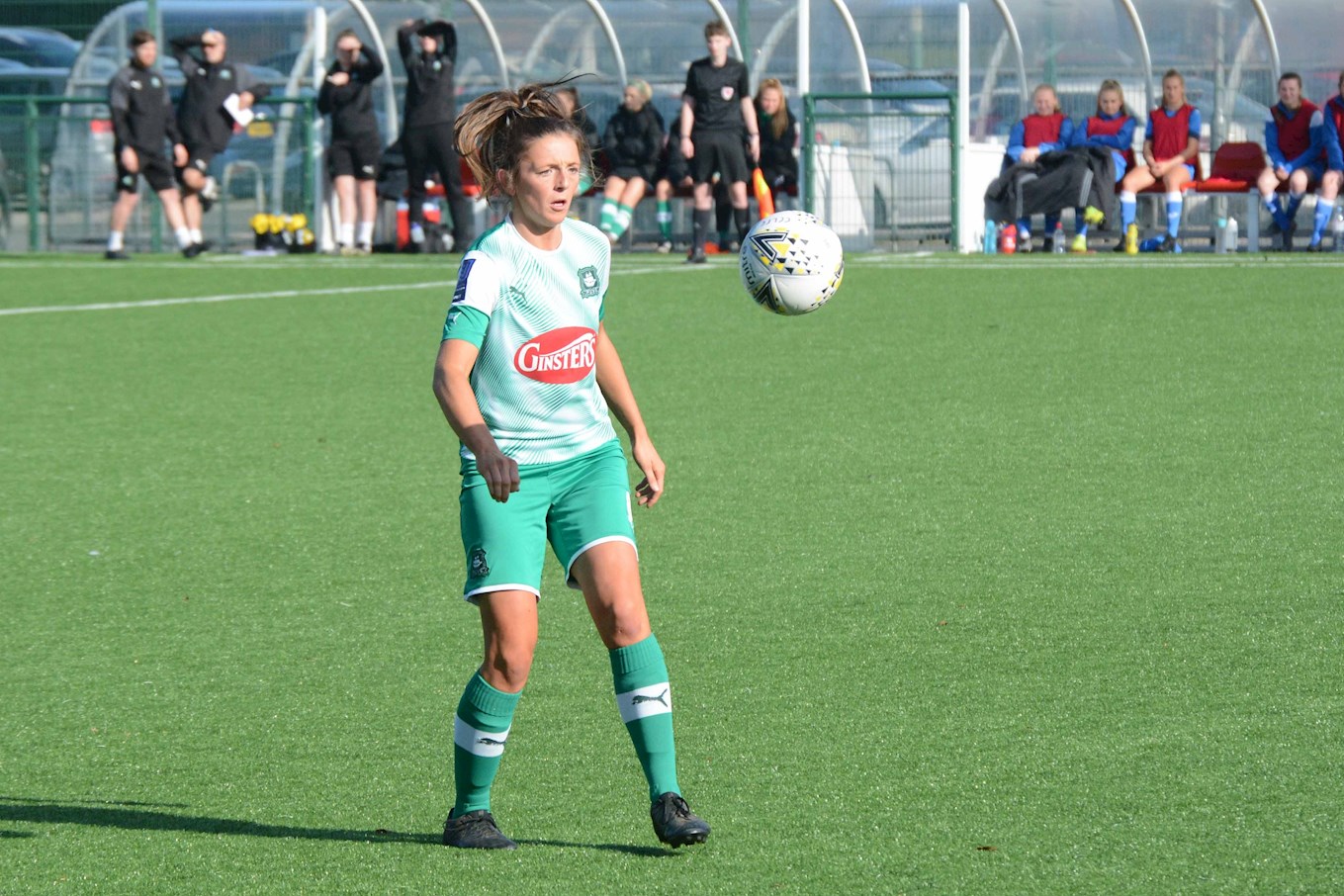 THERE is something special about this Argyle Ladies team, who had to dig deep to earn a place in the third round of the FA Cup and 90 minutes from a possible glamour tie against one of the nation’s top clubs.

The win also meant Argyle banked a £1,000 winners cheque and it was always going to be a difficult tie against an Oxford outfit, who were playing at Super League level a couple of years ago.

The Pilgrims also went into the game without a recognised goalkeeper, as Becky Kyle is still out injured and the back-up, captain Kate Middleton, was unavailable. They needn't have worried as coach Vicki Fannon stepped in to don the gloves and proved to be a reliable replacement, proving her worth with some good stops.

Indeed, she had no chance in preventing the three Oxford goals. What is remarkable is that this was the Pilgrims’ eleventh straight league and cup victory. Argyle started with Steph Beck, Kayley Lane and Faye Ivall on the bench, with Fannon the choice in goal.

Argyle once again relied on scouting reports about Oxford and it paid dividends, with the Greens taking an early two-goal lead. Fannon was given an early chance to prove herself when she made a good save to deny a well-struck Cheryl Williams’ free-kick.

The tie quickly settled into a midfield battle until Helen Bleazard fired in a superb free-kick over the head of goalkeeper Paris Sercombe. This was just the start Argyle needed as they began to take control of the game and it quickly became 2-0 when, four minutes later, striker Natasha Knapman appeared at the back post to head in her 20th goal of the season.

The Pilgrims were now in total control of the game and deservedly held on to the lead until half-time.  Argyle knew that the tie was far from over as Oxford came out for the second half determined to reduce the arrears, and they almost scored but Emily Allen's header was hooked clear of the goal line.

Argyle responded with Knapman racing clear but she shot narrowly wide. Back came Oxford, whose perseverance paid off a minute later when, following a frantic goalmouth scramble, the ball dropped to Georgia Timms who fired it into the net.

Once again, Argyle responded with Knapman firing over as the Oxford defence did enough to put her off. The Oxford pressure eventually told and Argyle were caught out when Gemma Sims guided the ball past a sea of players to level the scores. Fannon then distinguished herself by denying Allen in a one-on-one situation.

Argyle fought back but had an effort cleared off the goal line by Williams. With five minutes remaining, a Bleazard free-kick clipped the outside of a post. The game went into extra time and nine minutes in, it did not look good when Gemma Sims headed in a corner at the back post to give Oxford a 3-2 lead.

The spirit Argyle have shown all season was put to the test and they were determined to get back into the game and with three minutes remaining, Helen Bleazard let fly from 20 yards with a stunning volley to level the scores.

Argyle were determined not to let the chance of a win go begging and two minutes later, Kayley Lane appeared in the penalty area to tuck away the winner after the Oxford defence failed to clear a Bleazard free-kick, which was knocked on to Lane by Bow Jackson to seal the victory, much to the delight of the players and management.

A relieved manager, Dave Leonard, said: “I am feeling exhausted but unbelievably proud. They are a special group of girls. Managing these girls is a proud moment. What you ask them to do they just keep coming up with it week in week out.

“We went 2-0 up and were cruising. They had a game-plan but we had a detailed report from my backroom staff who went and watched them (Oxford) and the detail they gave us was put into the first half.

“We went 3-2 down in extra time and I changed it around. I brought on Kayley Lane for Amber Pollock and Steph Beck for Becky Dandridge to give us a bit of freshness. And it worked - Blez (Bleazard) fired in the equaliser and Kayley (Lane) produced a great first touch and put it into the corner.

Commenting on Vicki Fannon, Leonard said: “She did well, she pulled off some good stops. She is very assured and could do nothing about the three goals, I'm very pleased with her.”

Argyle’s young development team eased through in this competition, thanks to a Nicola Champion double. They will now meet Plympton in the final, who thumped Bude Town 10-0.

The pair had played each other twice in the league with both teams winning a game each and Argyle started well with Dani Wyatt, Nicola Champion both going close. Argyle lost Kiara Robins early through injury to be replaced by Maisie Williams, who promptly went close, as did Beth Cowd.

It looked as if it was going to be one of those days for Argyle but a piece of magic by Champion saw her well-struck free-kick nestle into the corner of the net for a 1-0 half-time lead.

Argyle, with Beth Everson prominent, looked to increase their lead, although goalkeeper Maddie Walsh was twice called into action as Alphington responded. Dani Wyatt then had a goal ruled out for offside.

The crucial second goal came when the tireless Rachel Heron broke up an Alphington attack and the ball was fed to Champion. Her first touch was superb and as she dummied to shoot with her left foot, she shifted the ball to her right and hit an unstoppable shot past goalkeeper Burwood.

Manager Rob Bonney commented: “We knew this would be a difficult game and we really had to dig deep. They are far from the finished article but they are adding different aspects to their game and improving in every game.”