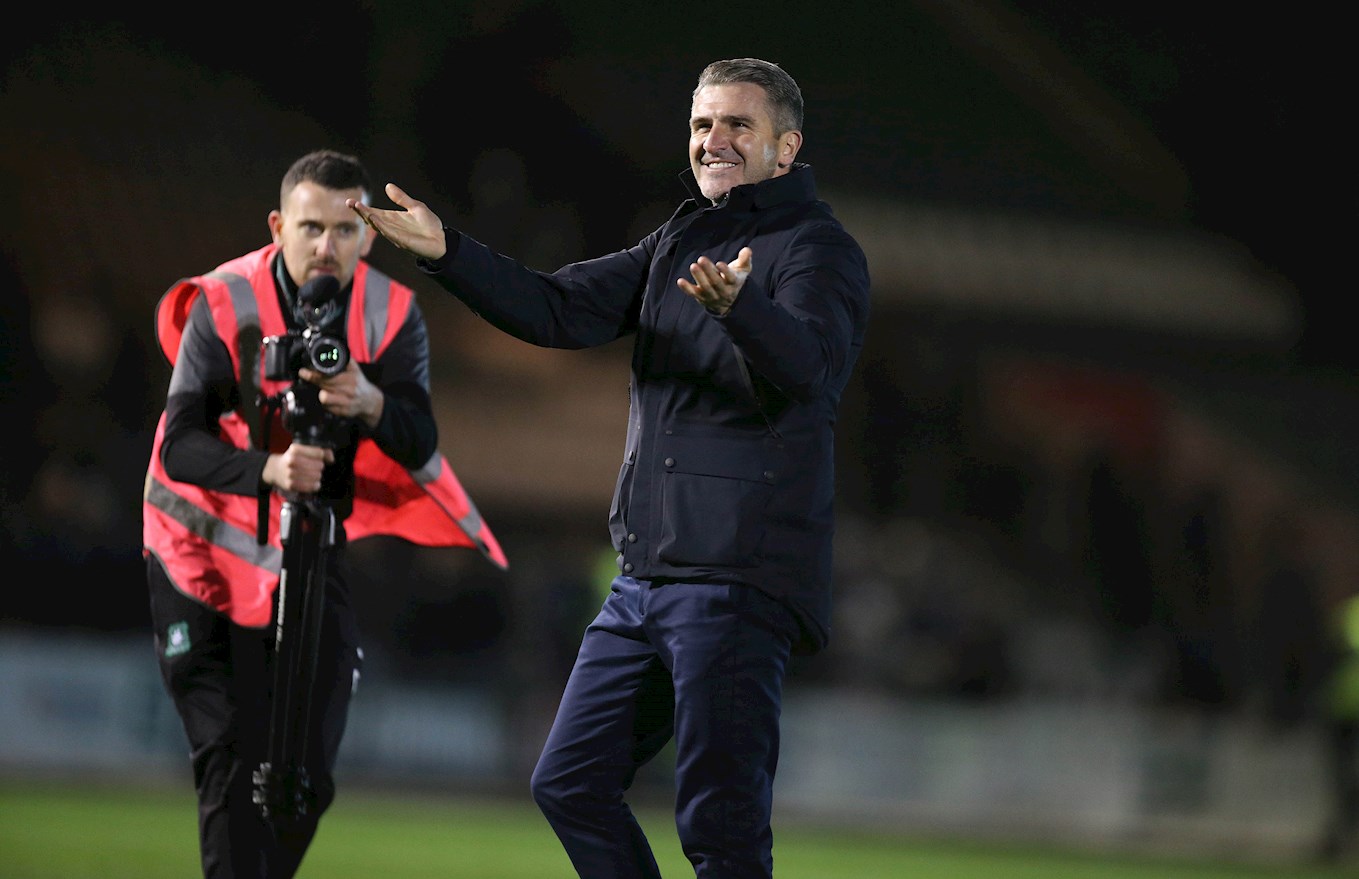 ARGYLE had to be patient and persistent in prizing open the Morecambe defence before eventually running out 3-0 winners in Sky Bet League Two on Saturday.

The Shrimps, managed by former Pilgrim boss Derek Adams, came to Home Park as the bottom club and set up to contain the Greens, but the dismissal of Ritchie Sutton for a professional foul on 42 minutes opened the door for George Cooper to break the deadlock from the subsequent free-kick.

Moments later, Antoni Sarcevic doubled the lead from the penalty spot and Argyle were able to control the second period against ten men, adding late gloss to the win with a third from Conor Grant in stoppage time.

“It was persistence, especially in the first half, because we obviously knew what they were going to do,” said manager Ryan Lowe. “They were going to sit deep with two banks of four, we knew they would try and make it difficult for us and they did.

“Once we got the free-kick and penalty [it changed]. It’s hard when there is a man sent off but, for us, the way we moved the ball quick, the tempo, two wing-backs in positions high up the pitch, we knew we would cause any team problems with that line-up.

“Credit to the boys. Mentally, they were at it because it’s tough when you’re playing bottom of the league. Everyone expects you to win 3-0, or four or five. We’ve got three goals and a clean sheet, so I’m happy.”

The suspension of Joe Edwards and injury to Callum McFadzean meant two new faces in the wing-back positions for Argyle, with Byron Moore excellent on the right flank and Cooper man-of-the-match on the opposite side.

“We worked on something a little different through the week in terms of the two wing-backs, Byron and George,” said Ryan. “With all due respect to Morecambe, we knew we could get at them and nullify their weaknesses.

“We certainly did that with crosses into the box and shots. I would have liked a little more on target but I thought the overall play from back to front was very good.

“If you concede a goal, it is a sucker-punch. We knew it would be hard to break them down but, once we did, chances would come.”

The victory came in front of the magnificent new Mayflower Grandstand, opened at 50% capacity for the first time and the next step on the road to the full opening on New Year’s Day against Swindon.

“It was nice and you’re looking up to the family, seeing where everyone is going to sit,” said Ryan. “When we scored, everyone was singing and it was good.

“It is another stepping stone in the right way. It will be nice to get it full.”