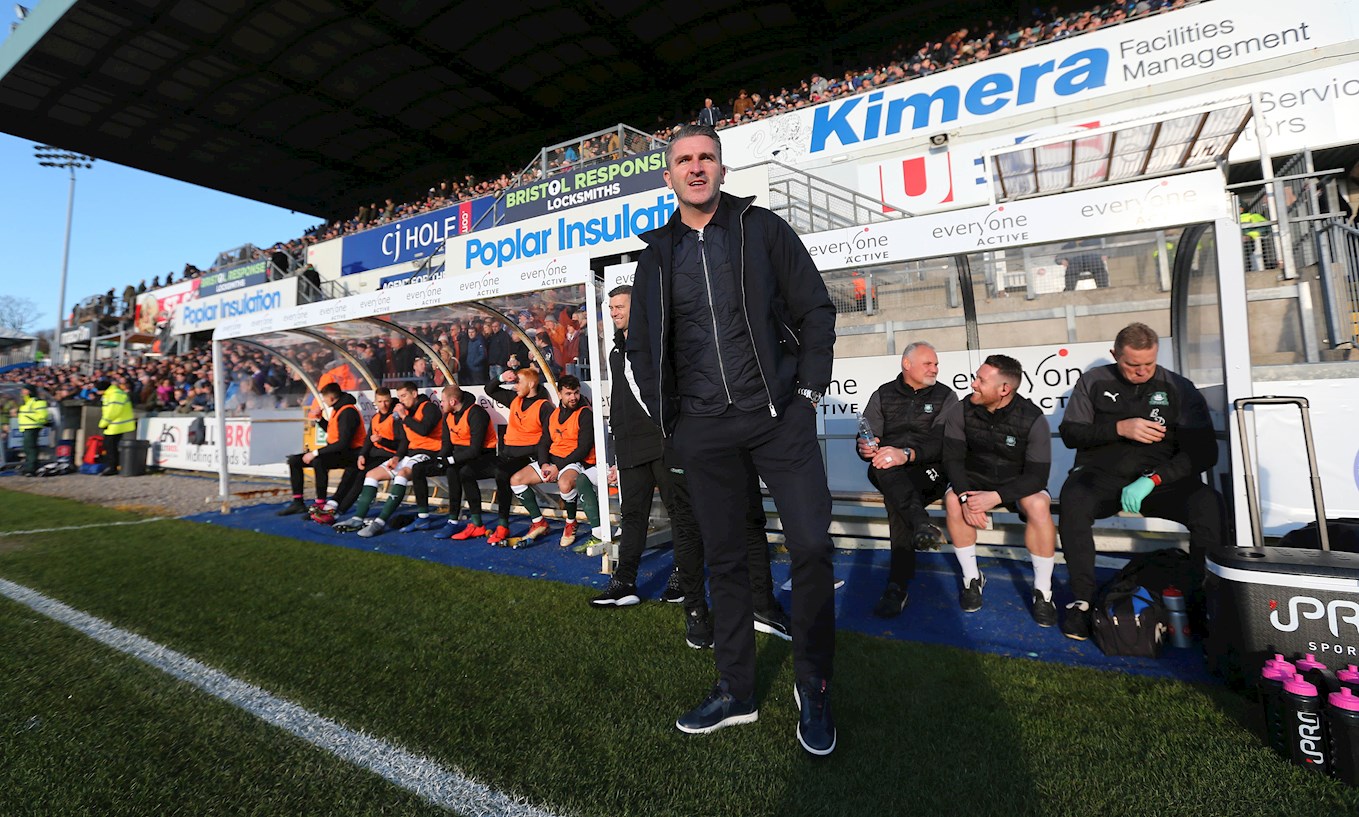 PRIDE and progress were the key themes for Argyle manager Ryan Lowe after a compelling 1-1 draw at Bristol Rovers in the FA Cup.

The Pilgrims will now welcome the Pirates back to Home Park next week and both sides will find out their potential opponents when the third round draw is conducted tonight, with the Premier League boys entering the competition.

Ryan is extremely proud of the recent performances from his developing Pilgrims and will next take on a trip to Cambridge United in Sky Bet League Two.

“I’m always proud of them and want them to do the right things,” said Ryan. “I think everyone can see we’re getting better with every game we play.

“We’re looking forward to it [the replay] but we first turn our attention to Cambridge. We’re all look forward to the FA Cup and we have to get back to Home Park, where it will be nice to have the incentive of a big-hitter, but it’s the same for them [Bristol Rovers].”

The draw was secured by a late penalty from Antoni Sarcevic but the same Pilgrim then had a second attempt saved in the dying seconds, as Argyle just missed the chance to avoid a replay.

“He [Sarce] hit it well but the ‘keeper made a good save,” said Ryan. “The first one was a great penalty by Sarce and the second one he’s gone down the middle, but it was a great save from the ‘keeper because he gambled.

“Sarce has been terrific, he’s been top drawer. He was a bit disappointed but I said to him that you can’t be disappointed because you got us level, and we had the chance to win it, but it is what it is.”