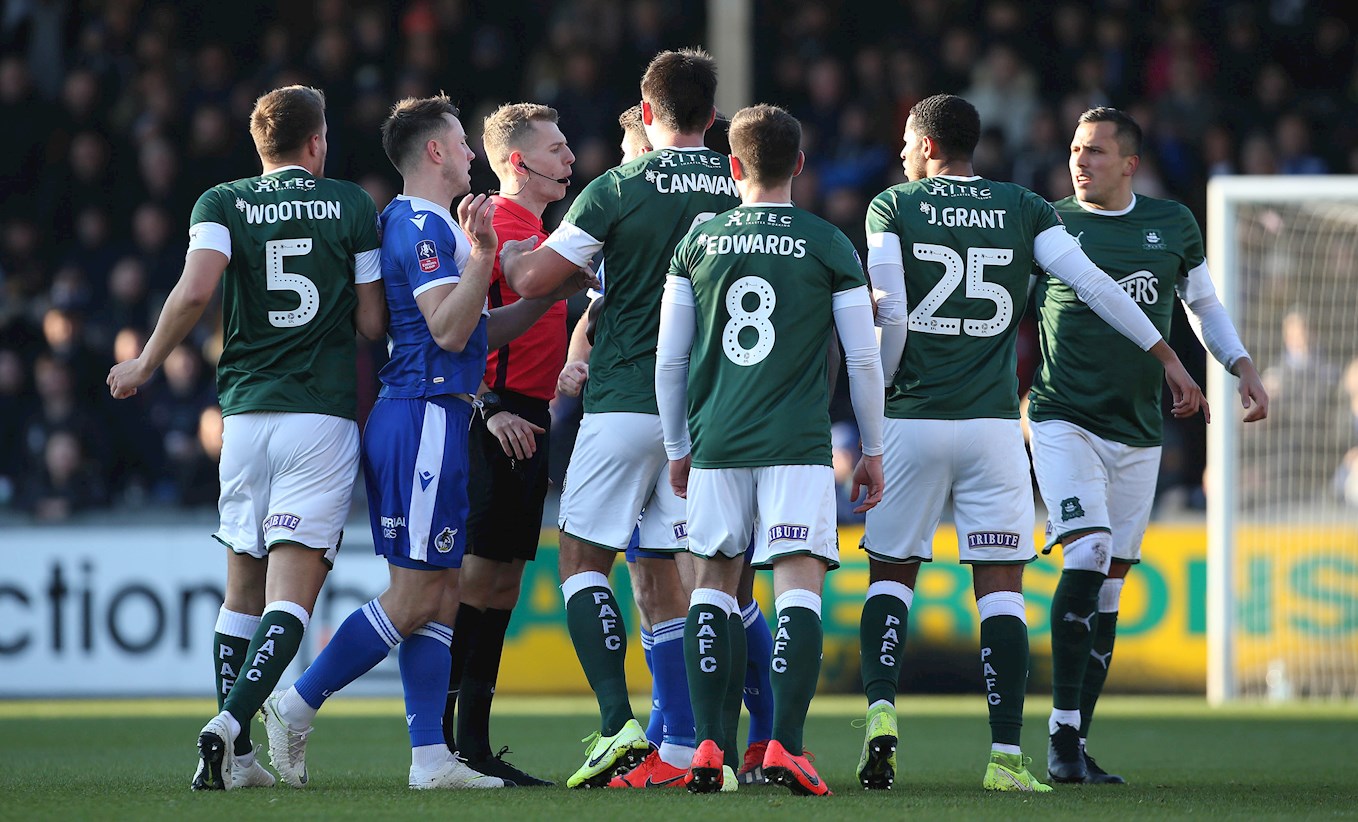 A REPLAY between Argyle and Bristol Rovers means both clubs will have a keen eye on tonight’s draw for the third round, which will be broadcast live on BBC Two from 7pm.

A 1-1 draw at the Memorial Stadium earned the Pilgrims a second chance to take on Graham Coughlan’s Pirates, but this time at Home Park, and Argyle captain Gary Sawyer is already thinking about the replay incentives.

“It is great to be in the third round,” he said. “To be in the hat gives an added incentive to both teams come the next game we play, so it will be nice if it’s a big hitter on the end of it.

“Away to Tottenham or away to Manchester City would be nice, or anywhere like that is what you want to play. It’ll make for another good game, which we always have [against Rovers].

“They are feisty games being derbies and we’ll look forward [to the replay] and try and do the same again. The drama [on Sunday] is why everyone loves the FA Cup, and why we do as players.

“It is a great competition and one that you want to do well in, and we now get them on our patch.”

The replay will come in the midst of an incredibly exciting period for the club, as we await the final completion of the Grandstand redevelopment project and, through his long association with Argyle, Gaz has seen it all happen.

“I have come through the three phases,” he said. “The original [grandstand], knocking it down and having the three stands, and now to have the main one done.

“It is just nice that I got to be here when it all happened, it is something that has been talked about since I was younger. The sooner its up and running the better, it looks amazing and I think everyone will agree with that, when we start getting people in, it will be fantastic.”