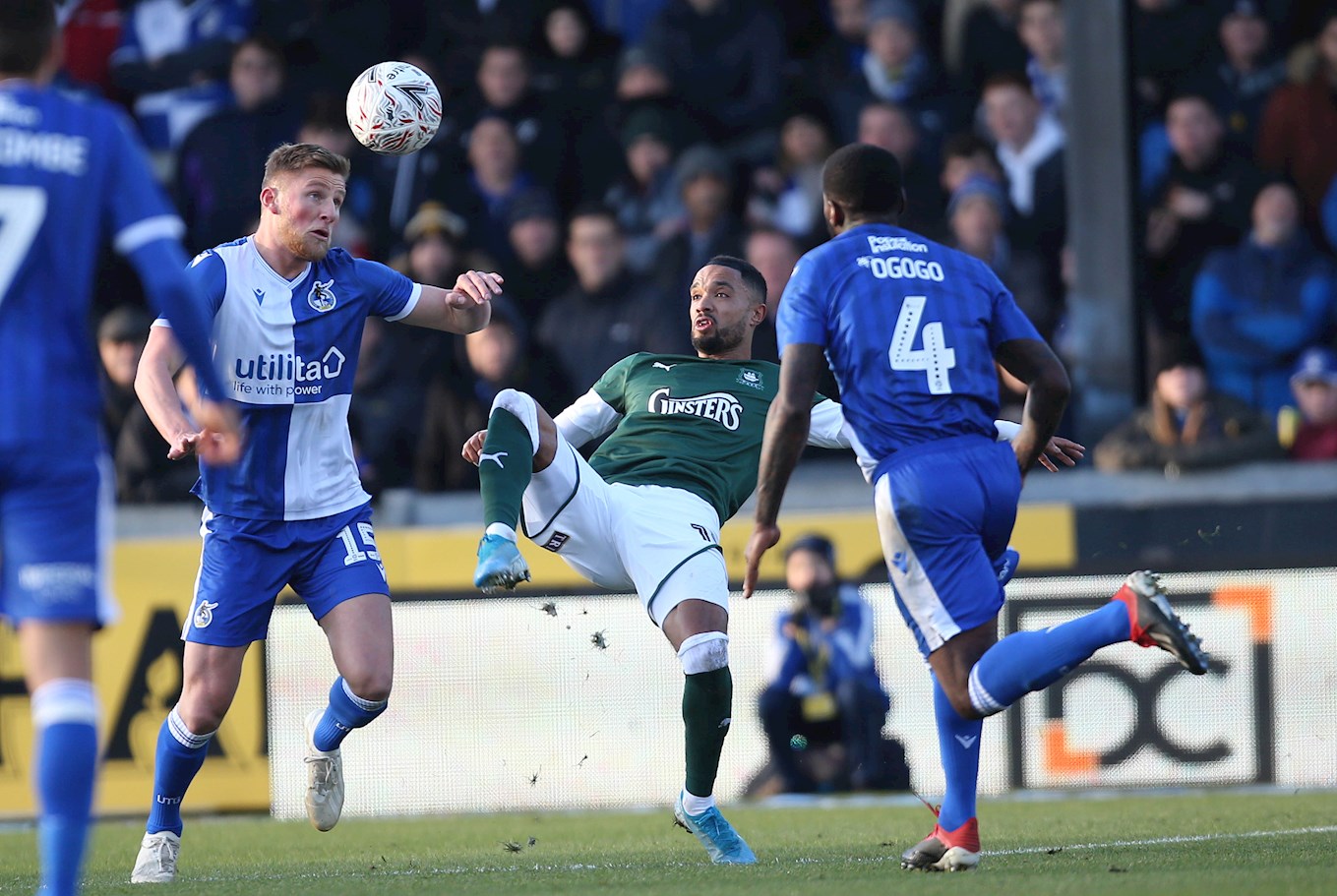 ARGYLE welcome Bristol Rovers for an Emirates FA Cup replay at Home Park tonight and the stage is set for a Westcountry cracker.

Riding high in Sky Bet League One, Rovers were given a huge test by the Pilgrims in the first game at the Memorial Stadium and took the lead somewhat against the run of play with 15 minutes to go.

Argyle responded with a penalty from Antoni Sarcevic and the midfielder had a chance to win it from the spot in injury time but his second effort was well saved.

“It was a good game and I praise Bristol Rovers for what they are and what they do,” said Argyle manager Ryan Lowe. “It was a competitive game in the FA Cup.

“I thought we were on top and had a couple of good chances, but then they scored a good goal. As I’ve said before, we were 15 minutes from going out of the FA Cup and went to potentially within 60 seconds of going through to the third round.

“It wasn’t to be but I was pleased with the way our lads handled themselves, and we lock horns again for a place in the third round. Bristol Rovers will have their thoughts on the game and all we can do is worry about ourselves.

“We will take the game to most teams and, with League One and League Two teams, there isn’t normally much in it. With Championship and Premier League teams, you can’t take the game to them. We feel that’s what we’re about. If we prepare right, we’re 100% confident we can put in a shift.”

The penalty saga has the potential to take another twist tonight, as the game will go to a shoot-out lottery if there is no winner after 90 minutes or extra time.

“You have to work on it [penalties],” said Ryan. “We do that every day, not just before a game, they have penalty competitions and free-kick competitions. We’ll make sure we prepare 100% and we have our penalty takers, but that’s a decision to be made after 120 minutes.”