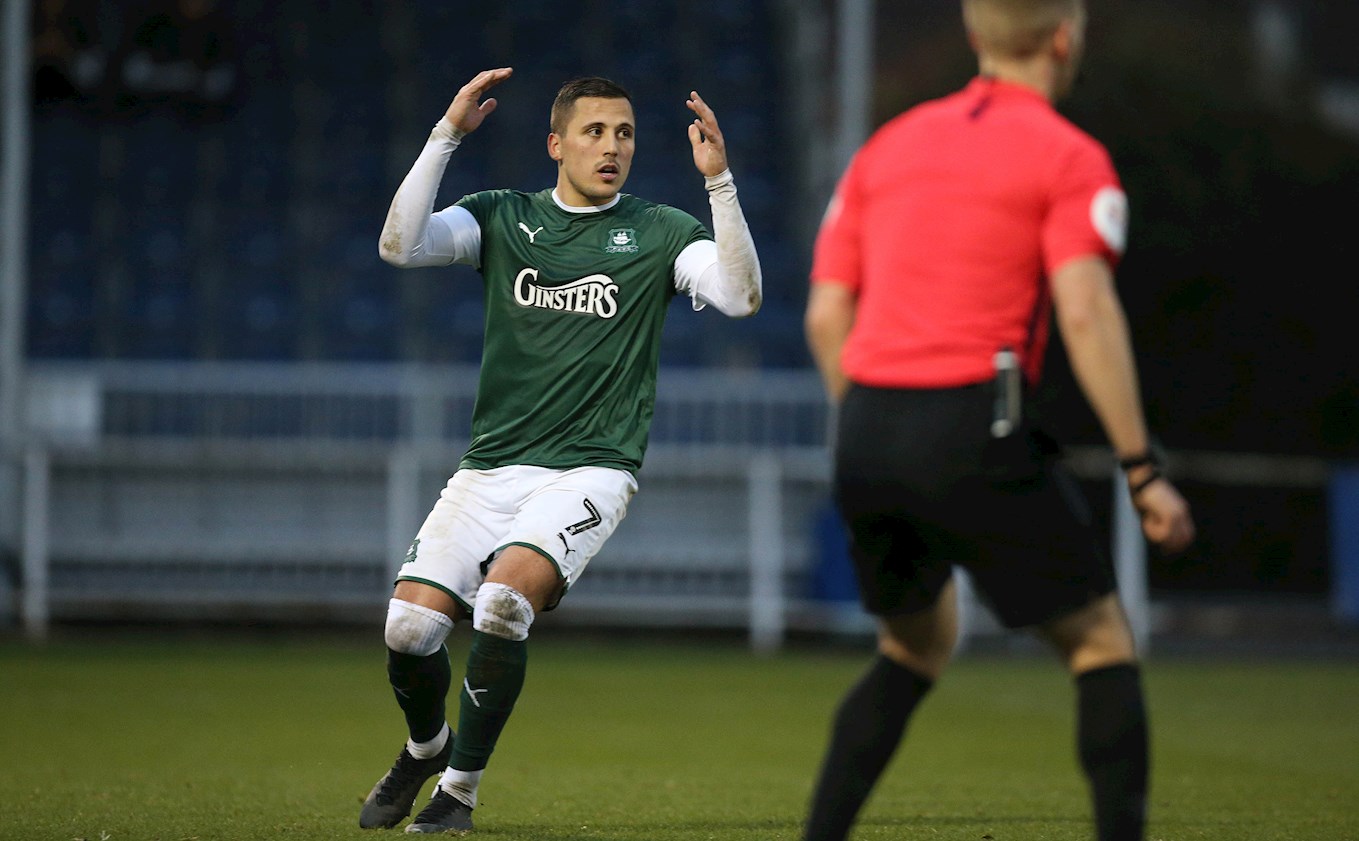 ARGYLE captain Gary Sawyer says that no blame is put on Antoni Sarcevic for the missed penalty in the last minute of Sunday’s clash with Bristol Rovers.

Sarce had earlier converted an excellent spot-kick to level the scores on 84 minutes after Liam Sercombe had given the home side a 1-0 lead.

In the final minute of the match another penalty was awarded to the Pilgrims, also taken by Sarce, but ‘keeper Anssi Jaakkola managed to prevent it from hitting the back of the net.

“It’s a hard thing to get up there and take a penalty,” Gaz said. “I would never have a grudge against anyone if you are willing to take them, especially in those circumstances.

“Sarce is a strong character, so he wanted to take it. He got the first one and unfortunately it didn’t come off for him for the second, but there will be no blame put on him by anyone.

“If anything, he has been our stand-out player recently, he had a fantastic game and that [second penalty] would’ve capped an unbelievable performance for him, just to get those two goals, and the winning goal, but unfortunately it wasn’t to be.

“Sarce is a strong bloke, and he will be able to hold his hand up and take another one if it comes up in the replay.

“To take two penalties against the same ‘keeper in one game, especially with one in the 95th minute, is not an easy thing to do, so fair play to Sarce who stepped up to do it, it’s not something I would like to do.”