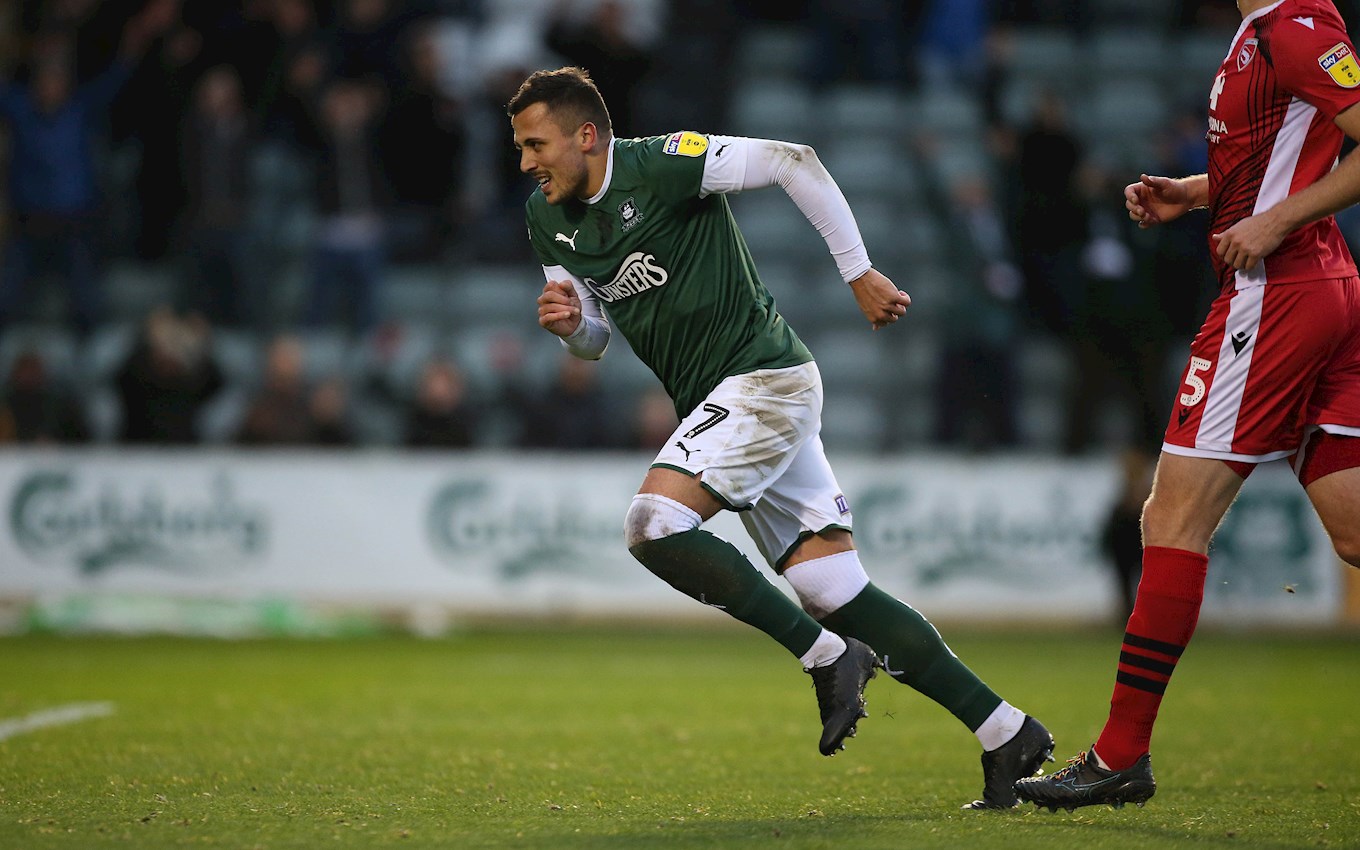 ANTONI Sarcevic battled through illness and some recent scar tissue to score Argyle’s decisive penalty in the 3-0 win over Morecambe in Sky Bet League Two.

The midfielder has been outstanding in the first part of the season and displayed the mental fortitude to convert the spot-kick on the stroke of half-time to make the score 2-0 after George Cooper had scored a fine free-kick moments earlier.

Sarce’s previous penalty was saved in the final seconds of the FA Cup tie at Bristol Rovers, forcing the need for a replay on Tuesday night, but he had the character to wipe away that memory with an emphatic strike.

“Sarce has been terrific and he’s actually got a bit of illness,” said manager Ryan Lowe. “To get through 70 minutes and have the bottle to take the penalty [was great].

“He’s big enough, man enough and brave enough. Fair play to him, he smashed right in and that’s what good people and good characters can do.”

Playing with a 2-0 advantage in the second half, it was about being professional in holding that lead, especially with Morecambe down to ten men following the dismissal of Ritchie Sutton at the end of the first period.

Argyle did that job well, apart from one Morecambe effort that required a good save from Alex Palmer, and we polished off the win with a late third from Conor Grant.

“Towards the end, it was about keeping the ball,” said Ryan. “We didn’t need to score again, just don’t concede, and Alex has made a good save at 2-0.

“It’s hard because you don’t want to criticise and what we’ve done is put in a professional performance. The mentality of my lads was perfect because you could easily get carried away and think Morecambe are bottom of the league.

“I’d never let my team do that and the players wouldn’t do it, so I’m pleased with the professionalism.”