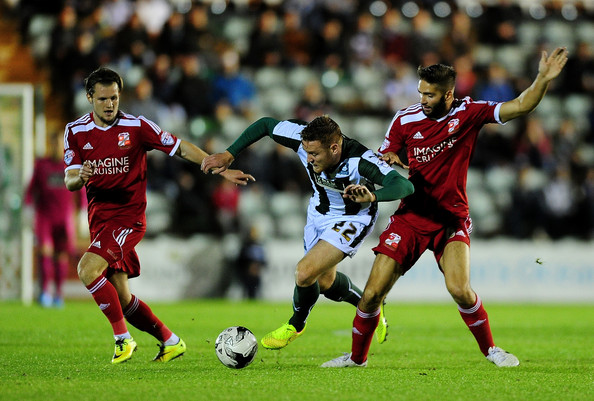 SWINDON Town visit Home Park in Sky Bet League Two on New Year’s Day and Statso has taken a look at the Robins’ record at the Theatre of Greens.

First time: Bob Jack’s Pilgrims drew 0-0 at home to Swindon in a Third Division fixture on Saturday, October 9, 1920. This was both clubs’ first season in the Football League.

Last time: Carl Fletcher’s Argyle lost 0-1 to Paolo Di Canio’s Robins in a League Two fixture on Saturday, October 22, 2011. This is the only time that Swindon have won by a one-goal margin at Home Park in the EFL.

Biggest win: Bob Jack’s men beat Town 5-0 in Division Three South on Wednesday, March 26, 1930. Ray Bowden with a brace, John Pullen, Frank Sloan and Jack Vidler were our scorers as we closed in on our first ever promotion in the EFL.

Heaviest defeat: Swindon player-manager Glenn Hoddle provided the Home Park crowd with a footballing master class that they could probably have done without, as the Wiltshire club won 4-0 in a Division Two fixture on Saturday October 5, 1991. Dave Kemp could only watch on in frustration from the Argyle dugout. Duncan Shearer scored all four of Town’s goals.

Most goals in a single game: Seven, in a 4-3 win for Argyle in Division Three on Thursday, December 26, 1974. Tony Waiters’ team were in the middle of a 16-game undefeated run and hitting top form. Colin Randell, John Delve, Paul Mariner and Billy Rafferty scored our goals.

Further interesting facts: The 4-3 win over Swindon in 1974 is one of just 13 such results that we have recorded in the EFL. We have actually beaten the Wiltshire club by this score line twice – the other time was in February 1959 at the County Ground, when Jack Rowley was our manager.

In Swindon’s first 13 visits to Home Park in the League, stretching over more than 36 years, they failed to score in nine matches, while only keeping out the Argyle attack once – in the 0-0 draw on their first visit. They scored just six goals, with three of them coming in a single game in September 1923

Wednesday’s match will be only the second time that we will have played Swindon at home in the EFL in January. The previous time was over 60 years ago, on Saturday, January 11, 1958, when Jack Rowley’s Pilgrims fought out a 2-2 draw with the Robins. Wilf Carter and George Baker’s goals went some way to erasing the bad memories of the previous Saturday’s 1-6 home defeat against Newcastle United in the FA Cup Third Round.