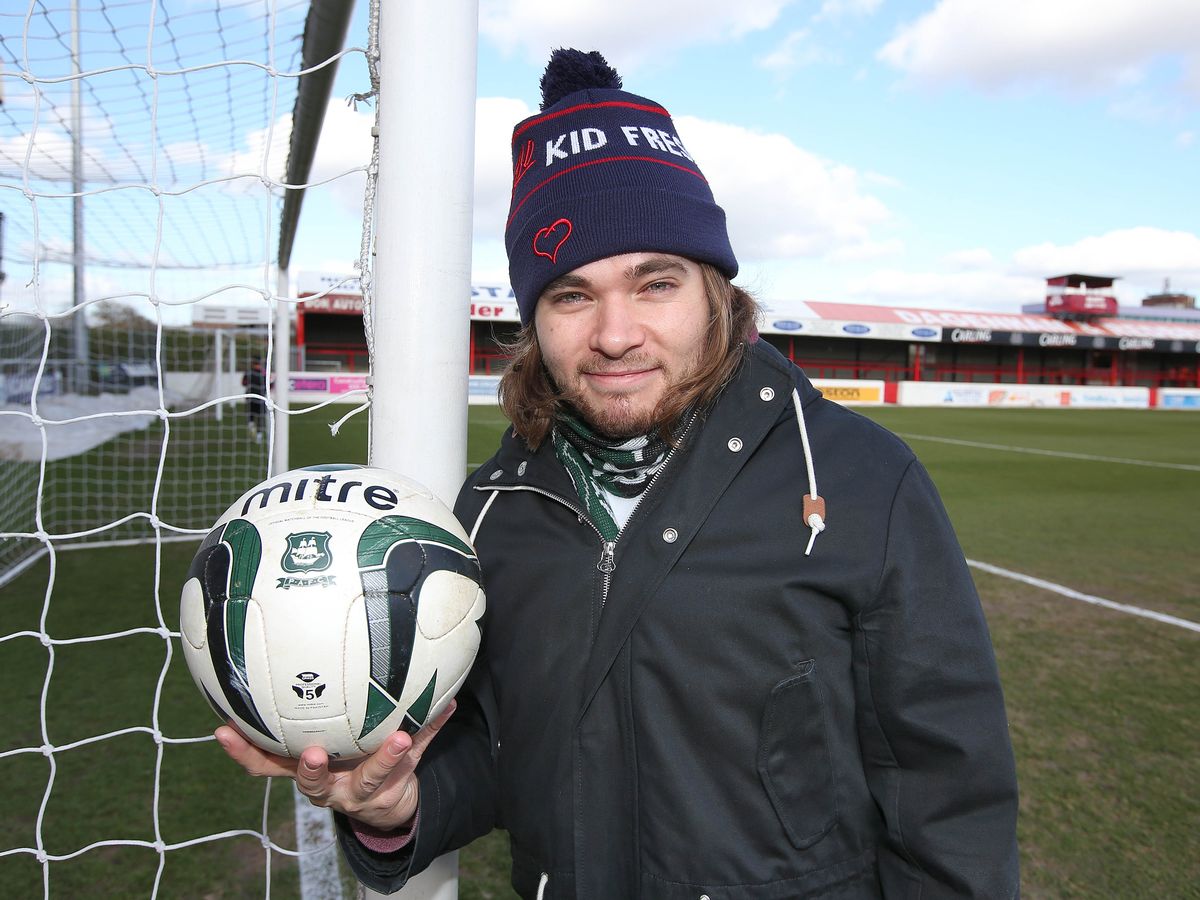 CHRIS Wood, percussionist with top Brit indie band Bastille, has played in stadia all around the world, but Home Park is where his heart is.

Woody will be among the thousands flocking to the Theatre of Greens on New Year’s Day to see the in-form Pilgrims take on Sky Bet League Two leaders Swindon Town as the magnificent new Mayflower Grandstand is fully opened for the first time.

He would not be anywhere else than alongside dad Derek, who took him to his first Argyle game when Dwight Marshall, Nicky Marker and current goalkeeping coach Rhys Wilmot were making a noise on the pitch.

Woody has been in tune with the Pilgrim vibe ever since, working there before musical fame, and afterwards, assisting BBC Radio’s Gordon Sparks.

He said: “I first went to a game when I was six, so nearly 30 years ago, and, in a previous life, I had a summer job, painting all the steps in the ground. So now there’ll be some steps that I haven’t actually painted!

“I’ve done a handful of games commentating with Sparksy, too.

“It looks night and day from what it was – like a real club, now.”

Woody, will be watching from the Mayflower, having experienced Sunday’s wonderful win over Stevenage from the Lyndhurst side, as he takes a breath from a hectic time with Bastille.

“It’s been a pretty full-on year,” he said. “We’ve done two UK and European tours; a full US tour; a full festival run; and put an album out. It’s been absolutely turbo. We’ve got a handful of dates in January and February before finishing with an Australian tour.”

Talk of tours, and Home Park’s re-emergence as a concert venue leads to the inevitable question: can he ever see the day when Bastille will grace the hallowed turf?

“It needs to be the right time,” said Woody. “I think there is only three weeks in a year that the pitch can be used, and that tends to fall slap-bang in the middle of festival season.

“One day…it would be a dream come true. It’s on my bucket-list of gigs – that and Wembley Stadium.”

If you would like to join Woody and thousands of other Pilgrims at Home Park on New Year’s Day, you can get your tickets here www.argyletickets.com/swindon-home or from the Home Park Ticket Office between 9am-3pm on New Year’s Eve and from 10am on match-day.