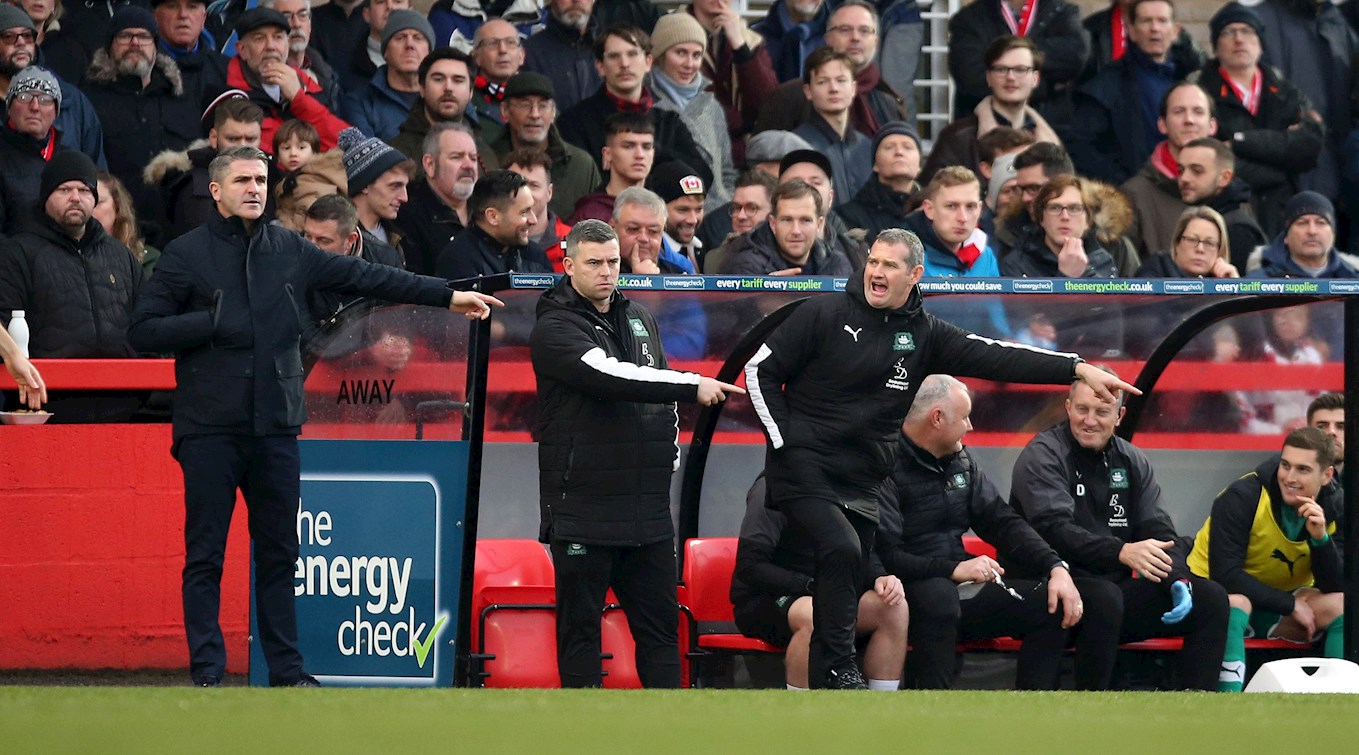 Working On All Elements

NO game is perfect and Argyle manager Ryan Lowe is striving for continual improvement from his players after the battling 1-0 win at Cheltenham on Boxing Day.

Zak Rudden scored the only goal on 33 minutes and the Greens had to survive an inevitable second-half onslaught from their hosts, displaying the resilience and discipline that has now earned four 1-0 victories on the road this season.

For all the pleasing aspects to the win, Ryan will be looking for his team to keep the ball with a little more patience when Stevenage visit Home Park for the next festive fixture on Sunday.

“We can do better in certain elements of the game, where we keep the ball, don’t force it and get them on the back-foot,” said Ryan.

“There are loads of learning curves but overall I’m pleased after coming to one of the leading teams in the league and pitting our wits in the way we did.

“No game goes to bed early and we’ve seen a different side to an Argyle team because we were resolute, determined not to conceded and we’ve had a few 1-0 wins away from home now. We want to continue that. At times, we can do better in parts of the game by not giving the ball away but I’m overall pleased.”

The general commitment to a system that is working so well for the Pilgrims is perfectly illustrated by the wing-back duo of George Cooper and Byron Moore, two players better known for their attacking instincts, rather than defending.

“Considering we’ve got two attacking wingers playing wing-back, they’ve bought into it and George is heading balls at the back post,” said Ryan.

“He [Cooper] knows what is needed and Byron was the same down the right side, putting a shift in and we know we can make certain changes, putting Joe [Edwards] on and changing the two strikers, but the shape and style is always going to be there.”