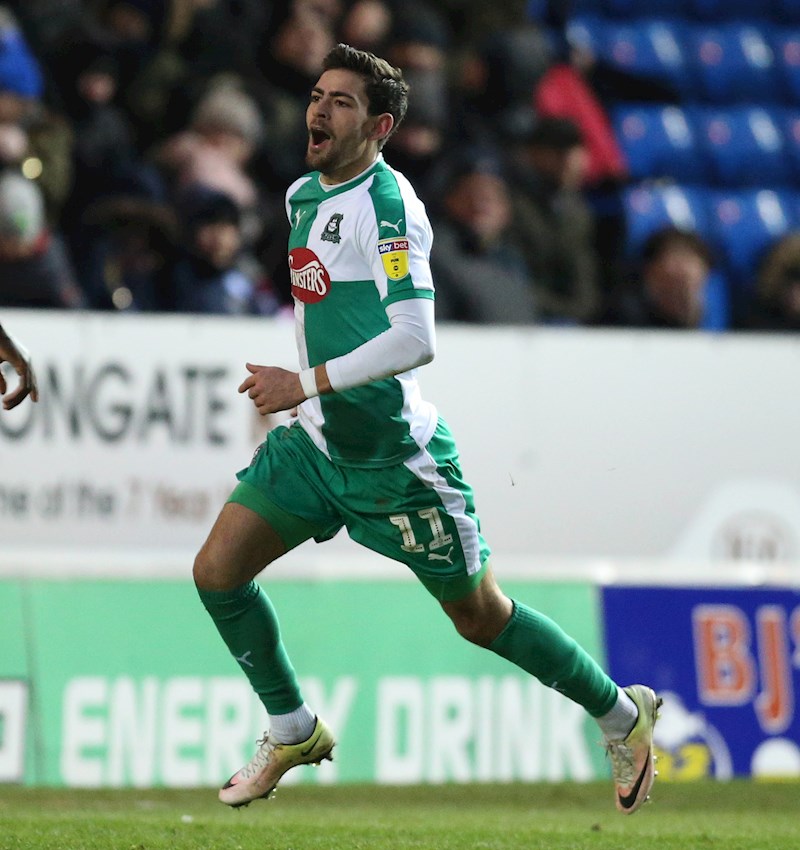 SATURDAY’S match-winner Ruben Lameiras is growing accustomed to the feeling of scoring goals, and he’s chasing more of that rush.

On netting the 88th minute winner against Peterborough at the ABAX Stadium, Ruben extended his remarkable recent run to seven goals in as many Sky Bet League One games.

“You sort of know as soon as you’ve hit it that it’s got a chance, and when you see it hit the net it’s a great feeling,” said Ruben, recalling how his match-winning opportunity came to pass. “It came off Sarce’s [Antoni Sarcevic] back-side, I think. When I’m in the box I just try to get it on my left foot and thankfully it went in.”

Ruben is in the self-proclaimed best form of his career and puts his purple patch down to nothing more than playing regular football in a settled side.

“For me, it’s just about playing games,” he said. “I get more confident as I play more games, which I’m doing at the moment. I’m just trying to do whatever I can to help the team. We keep picking up points, which is good. That’s the main thing.”

While many of the plaudits are, rightly, going to Argyle’s Portuguese playmaker, Ruben himself was keen to point out another player’s successful afternoon as Argyle rattled off their fifth win out of six in Cambridgeshire.

“I’m happy for Tayls [Ryan Taylor], he’s been training really well,” said Ruben. “There’s a competition for places, it’s healthy, and I’m just glad he got an opportunity [to start the game].”

Taylor’s inclusion, alongside top-scorer Freddie Ladapo, meant that Argyle moved away from the 4-2-3-1 formation that has served them so well over recent weeks, which meant Ruben started the game at the peak of a midfield diamond. For Ruben, though, it doesn’t matter where he plays.

“I’m happy to play anywhere, you know, when you’ve got quality like Tayls and Freddie [Ladapo], it’s hard to keep one of them out of the side,” he said.