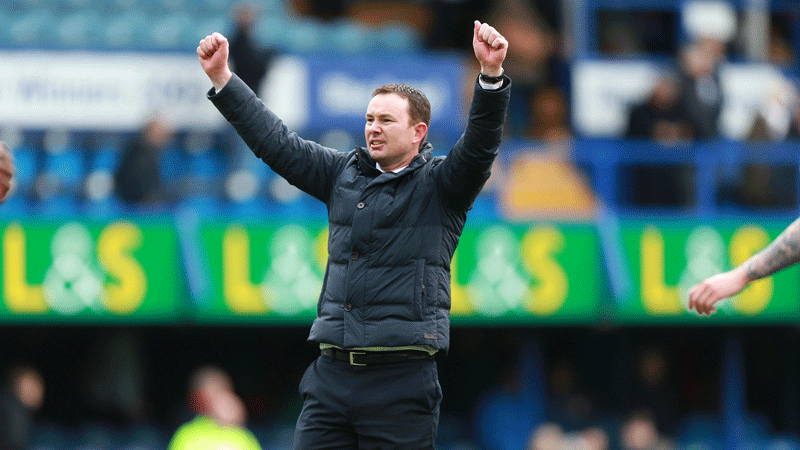 I GROW tired, in the build-up to every Argyle vs Portsmouth match, of the inevitable posturing over the terminology used to describe what has become a regular fixture over the recent EFL era.

“It’s not a derby!” some supporters type furiously on Twitter in response to any reference to the ‘Dockyard Derby’ from Plymouth media. Portsmouth reporters, of course, tend to steer clear of such alliterative platitudes; presumably because they see their derby as a game against Southampton.

To be fair, the traditional Argyle derby is a meeting with the red and stripes of Exeter City but a ‘derby’ fixture in the calendar is not exclusive to a game against just one opponent. London ‘derbies’ can involve about 20 different clubs.

Since Pompey last met the Saints in a competitive game (a 2-2 draw in the Championship in 2012, with Argyle legend David Norris rescuing a point for the Blues in the South Coast Derby), the Pilgrims have faced the Fratton Park side 14 times, and Saturday will be number 15.

In that time, both clubs seem to have bottomed out and recovered at the same rate, remaining remarkably close in the league tables. The zenith of the rivalry was reached in the summer of 2016, when both sides, in the end fruitlessly, battled in the play-offs, a campaign before Argyle were pipped to the league title by the Hampshire side on the final day of the 2017 Sky Bet League Two season. In fact, in the last three seasons, Argyle have finished one position apart from Pompey in the final league table.

Despite enjoying vastly different trajectories in their first-year back in League One, come the end of the campaign, the sides were only separated by two points as they both narrowly missed out on the play-offs.  This season, as Argyle manager Derek Adams noted, the realities of the two clubs’ budgetary constraints have taken hold. Meanwhile, the replacement of Paul Cook, who left for Wigan, with Kenny Jackett, has put a dampener on what, at times, was a feverish and frenzied rivalry.

For a rivalry is what this fixture is, or maybe was, and to pretend it has not been is nonsense. While there is no geographic tie between the two cities, the timeliness of their football clubs being plunged into financial ruin by owners who have long-since fled, saw the teams bound together as they plotted their course back up the leagues. We found our feet at the same time in League Two, and each side took an extra edge into battle in games that always felt a little bigger than the fourth tier of English football.

Football, looked at with logic in the cold light of day, is just a game. To many, though, it encapsulates a feeling of identity, belonging, and pride in the place that you call home.  Plymouth and Portsmouth have long been competing in other spheres, including naval contracts, and have more in common than their EFL status alone.

To get caught up in the terminology of what to call a game like this is to miss the point.

When Gregg Wylde bundled in a late come-from-behind winner, seemingly off his shin, at Fratton Park in 2016, it felt like a rivalry.

When Paul Cook and Paul Wotton clashed on the touchline in the first-leg of the Sky Bet League Two play-off semi-final in 2016, getting sent to the stands in the process, it felt like a rivalry.

When Pompey snatched the League Two title on the final day of the season, on goal difference, it felt like a rivalry.

And when Peter Hartley, referred to as a ‘yard dog’ earlier in the season by pantomime villain Gary Roberts, bundled home that injury-time winner in the second-leg to send Home Park into raptures and the Pompey players to their knees, it was, undeniably, a rivalry.

You can call it what you want, derby or otherwise, but, even if Saturday represents the last tie against Portsmouth for decades, do not tell me that, for 90 minutes on those Saturday afternoons, these games did not mean everything.