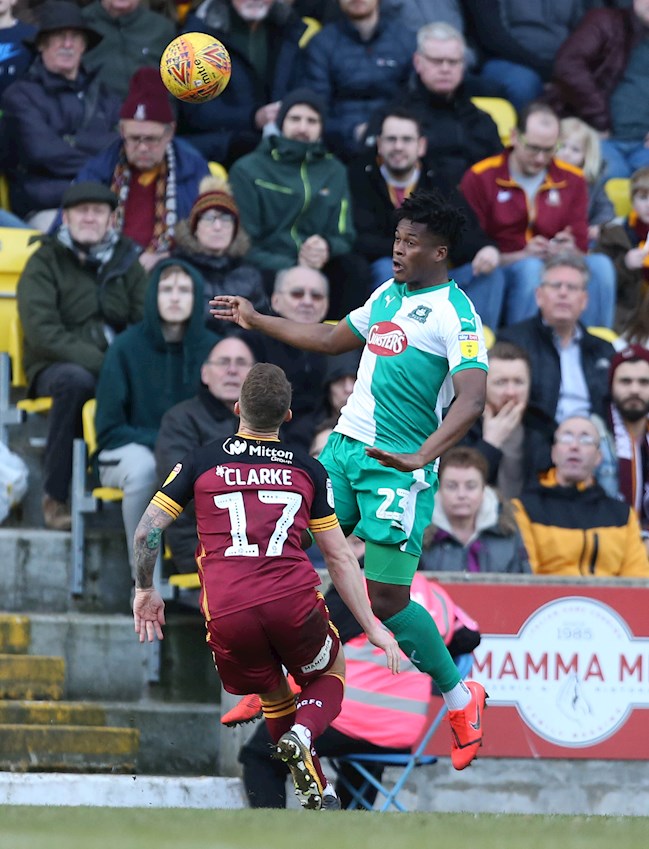 ARGYLE full-back Ashley Smith-Brown genuinely doesn’t mind which flank he ends up on, as long as he continues to retain his place in the Pilgrims’ starting eleven.

The Manchester City youth graduate arrived at Home Park in the summer, and primarily played at left-back during the first-half of the Sky Bet League One campaign. That changed when he deputised for an injured Joe Riley at right-back during Argyle’s 1-1 away draw with Burton Albion on December 29. Since then, Ash has retained the jersey on the right side of the back-four.

“I don’t mind either, I feel comfortable playing on both sides,” said Ash. “As long as I’m out on the pitch, that’s all that matters, really.

“It was a difficult start for most of us, really, because of the results. I feel like now I’m starting to slowly get a bit more consistency, and that’s what I want really – to get a good run of games and to finish the season strong.

“I have played right-back before. I played there at City, in the reserves, and played there for England as well, so I didn’t feel uncomfortable in the change to right-back.”

Ash claims not to have a stronger foot, and is equally adept on either wing. His versatility has been a boon for an Argyle squad that has suffered from more than its fair share of injuries this campaign. Now, though, many of the Pilgrims’ injured players are starting to return, adding extra competition for places as the Greens look to continue their surge up the table in 2019.

“There’s loads of right-backs, and there’s competition all over the place,” said Ash. “You’ve always got to be at it in training.”

The former England youth player’s place in an ever-competitive Pilgrims’ side is under threat of suspension, after picking up his ninth yellow card of the campaign away at Bradford on Saturday. He joins fellow first-team regular, Antoni Sarcevic, in suspension purgatory, with four games to go until the threshold is lifted.

While the Pilgrims’ full-back obviously has no desire to pick up a suspension, he acknowledges that, as a defender, he can’t afford to let the team down by withdrawing from challenges.

“You have to play your own game, you can’t go into the game being hesitant,” he said. “That’s when you might get a yellow card, if you start playing like that.

“I have to be careful for the next four games, or it’s a two-match ban. Hopefully I don’t get a yellow card, let’s put it that way but you never know what’s going happen in a game, so I just have to be careful.

“Hopefully, I just win the ball every time I go for a tackle.”