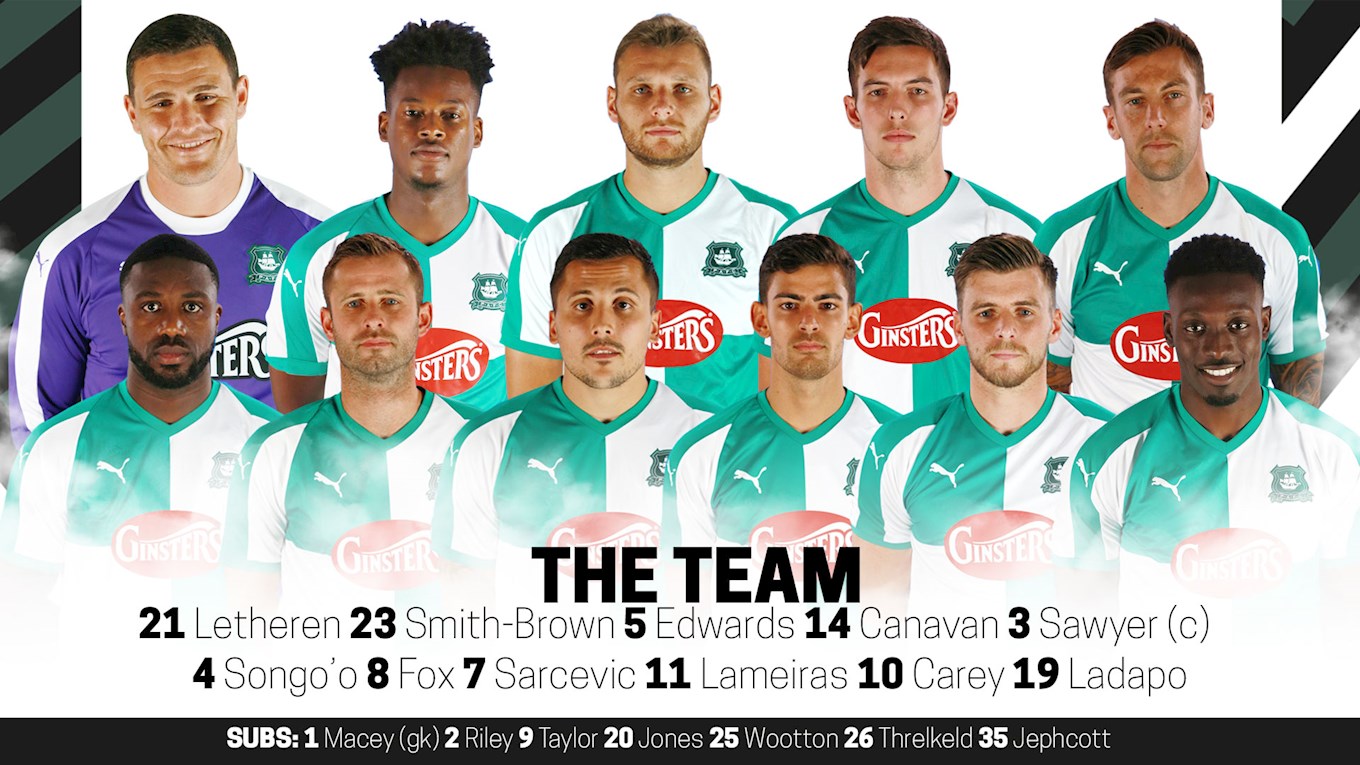 ARGYLE fielded an unchanged starting 11 for the Pilgrims' Sky Bet League One match at Bradford City.

Manager Derek Adams named the same line-up that had paved the way for the previous weekend's 1-1 draw against promotion-chasing Portsmouth at the Theatre of Greens.

It meant that leading goalscorer Freddie Ladapo continued his record of having been involved in all league games this season - the only Pilgrim to do so: after coming on as a substitute in the first two games of the campaign, he has started every League One match since.