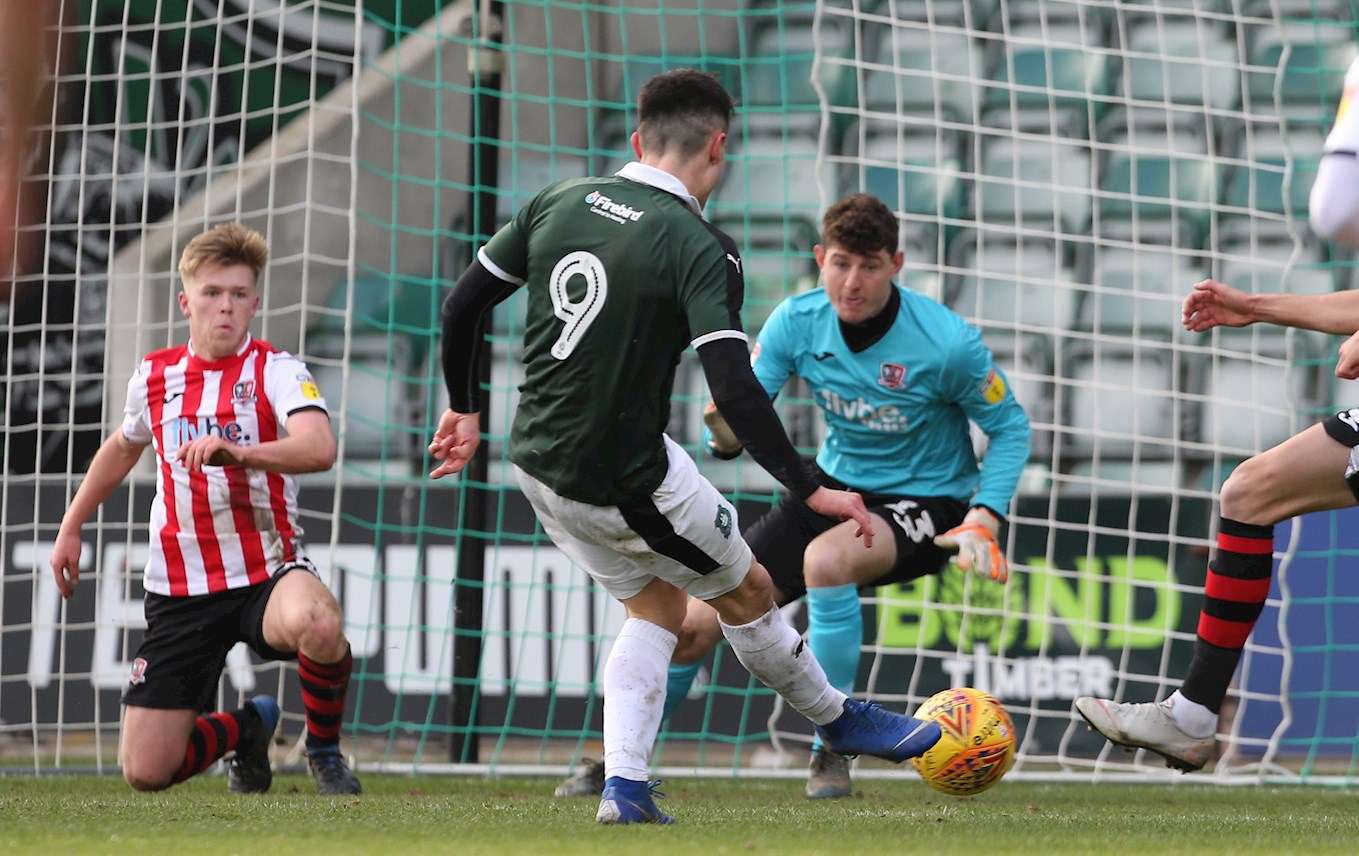 THE Pilgrims maintained their dominance of the southern section of the Central League with a Devon Expressway Derby victory – their sixth win from the seven games that they have played so far in this year’s competition.

A strike early in the second half from Alex Fletcher secured the three points for unbeaten Argyle, whose next match in the league is a home clash with nearest rivals Milton Keynes on March 5.

The Pilgrims fielded a strong side containing only two players who had not played in their first-team – January loan signing Lloyd Jones and young midfielder Dan Rooney.

The starting 11 – captained by Scott Wootton – also included Oscar Threlkeld, who had played as a substitute in the previous Saturday's 0-0 Sky Bet League One draw at Bradford, and an unnamed trialist wearing the No.11 shirt.

On-loan Arsenal stopper Matt Macey was named in goal and the back four also included Joe Riley, while the attack was led by Fletcher and Luke Jephcott.

In a tight game of few opportunities, the outcome was settled after Jephcott held off Alex Hartridge to make the bye-line and cross into the danger zone, where Fletcher pounced like the goal-poacher that he is.

Coach Kevin Nancekivell said: “It was a blood and thunder Devon Derby. In the first half, there was some good stuff played; the second half was a little bit scrappy. Delighted to come out with a clean sheet and three points.”

While Fletcher grabbed the plaudits for a winning goal, the back four also won praise for a clean sheet.

“We are starting to do that now, from the first team all the way through,” said Nancekivell. “It’s important, moving forward, that we continue to keep clean sheets.

“There was a good crowd for a Tuesday afternoon – a nice sunny afternoon and it’s always nice to beat your Devon rivals 1-0, so all good.”