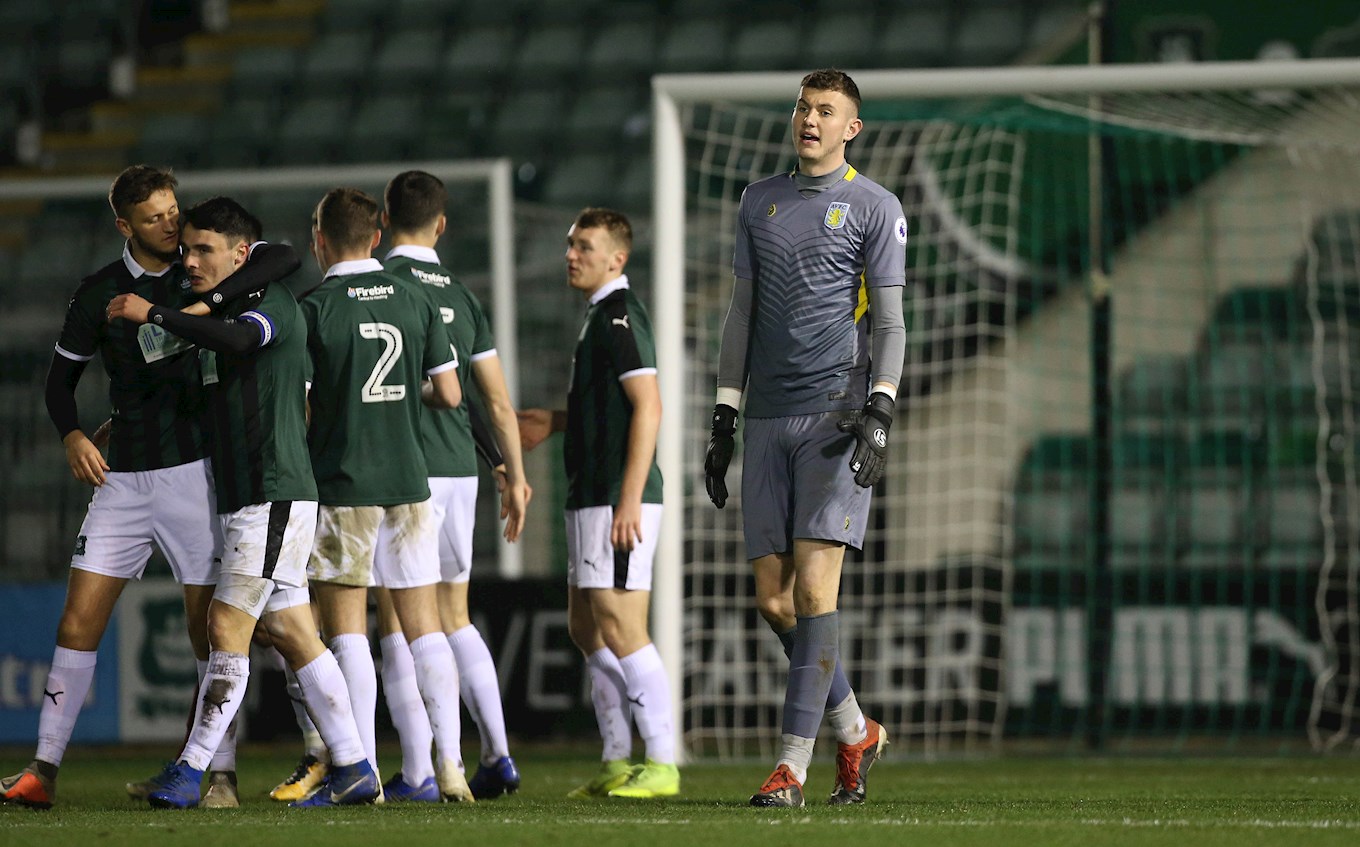 ARGYLE rounded off their Under-23 Premier League Cup campaign with a thumping 4-1 win over defending champions Aston Villa at Home Park on Monday night.

The Greens had to recover from a goal behind after Tyreik Wright gave the visitors a first-half lead, but an equaliser from Alex Battle, before goals from Luke Jephcott, Dan Rooney and Alex Fletcher added some gloss to the scoreline, leaving the young Pilgrims wondering what might have been as they exit the competition in the group stages.

Coach Kevin Nancekivell kept faith with a side that had performed so admirably in a difficult group, opting for only two changes from the starting eleven that were unlucky to only draw 2-2 against Bristol City last time out.

First-team squad members Conor Grant and Jamie Ness were included as over-age players, as they looked to step up their recovery from medium-term injury lay-offs. Adam Randell and Tom Purrington moved aside for their more-senior colleagues. There was a spot on the bench for forward Klaidi Lolos, on his return from a goalscoring trip to Greece for international duty.

Villa, meanwhile, lined-up as a very different beast from the one that defeated Argyle 1-0 earlier in the competition, likely due to their already secure passage to the latter stages of the competition.

The Greens belied the two clubs’ gulf in resources with a scintillating start, hitting the woodwork twice in the opening two minutes. Firstly, a delicious in-swinging free-kick from Grant was nodded on to the far post by a Villa defender, with Ness’ rebound deflected inches wide of the post. From the resultant corner, it was Ness again who came close, seeing his hooked volley crash off the crossbar after being supplied by Jordan Bentley’s superb cushioned header.

It was Villa, though, who took the lead on 17 minutes. In the left-back position, Ryan Law took a little too long to get the ball out from under his feet; Villa forward Wright pounced on Law’s dalliance and punished the young pilgrims, slotting the ball into the far corner past an exposed Mike Cooper.

Villa were certainly buoyed by their fortune, and without brave blocks from Mike Peck and Bentley, they might have doubled their advantage. The Greens, now ruing their inability to convert early in the game, battled for opportunities in front of goal, with Rooney blazing over from the edge of the box just after the half-hour mark.

Argyle continued to cause trouble for the visiting defenders through the set-pieces of Grant, so it was perhaps unsurprising that’s where their equaliser came from. The midfielder’s left-footed out-swinging corner was met with full force by the towering head of Bentley. Although the centre-half’s goal-bound effort was blocked, it was helped towards goal by Ness, and turned home by Battle from all of two yards.

As the half drew to a close, the fledgling Pilgrims were handed a golden opportunity to take the lead. Rooney, working doggedly to find a route to goal in a busy Villa box, was clattered inside the area. From the resultant spot-kick, Jephcott coolly slotted into the bottom left corner, beating goalkeeper Sam Lomax even though he dived the right way.

During the interval, senior players Grant and Ness were withdrawn, having fulfilled their 45-minute secondment, replaced by Randell and Purrington. The Pilgrims began the second-half as they finished the first and doubled their advantage on 51 minutes.

Fletcher found some space on the right-flank, setting off on a devastating run past the full-back and into the box. His dribble continued unchecked to the by-line, where he laid off the simplest of finishes for Rooney to tap home.

Argyle added a fourth, against the defending champions, remember, when Fletcher, who had deserved a goal for sheer mileage covered, turned Rooney’s perfectly-threaded centre into the far corner of the net.

With time ticking down, Bentley produced a brave block to deny a goal-bound effort with Cooper beaten. At the other end, Lolos drilled a venomous effort just wide from 20-yards.