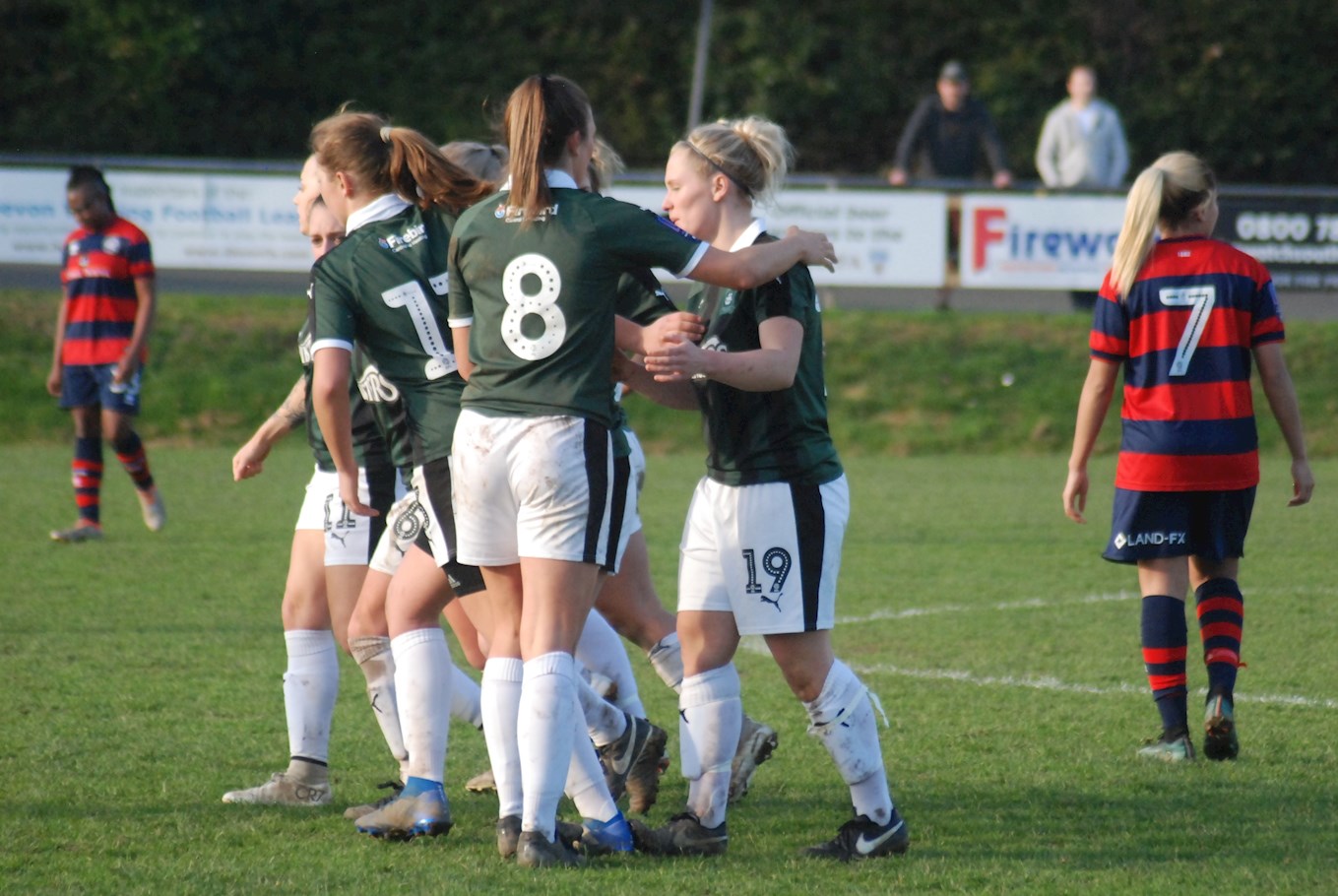 Zoe Cunningham opened the scoring with a sweet volley on 12 minutes but QPR responded with an impressive double from Jo Wilson, heaping the pressure on Argyle against their lowly visitors.

Jessica Jones restored parity with a stunner from distance and Cunningham then got back on target to make it 3-2. Defender Mollie Taylor gave Argyle a cushion when she latched on to a loose ball. Wilson pulled one back to complete her hat-trick but Argyle held on for the win.

Argyle’s development team cruised past Exeter and Tedburn Rangers with a 12-0 victory in the FA Women’s South-West League Western Division. Gabi Alphous grabbed the headlines with four goals on the day.